Huawei Video Surveillance - Any Experiences With Them?

what is your opinion about Huawei in Video surveillance ? what is their rank comparing to others?

So Huawei is obviously is a huge networking company and they do have video surveillance products, I have not heard of them being used outside of China or national / government type projects. I think of Huawei as the Cisco of China.

To that end, I don't know anything about their video surveillance beyond the common product line shown on their website.

Where and what have you heard of them?

I am going to forward this to other members for feedback.

They are now trying to invade here in Egypt, but their prices are too high comparing to other well-known vendors, they claim they are better than them!

First time for everything: a Chinese manufacturer described as having prices that are too high in comparison to anything else...

Looks like some of the product is from Hikvision. Those camera housings at the top look familiar

Huawei is banned in Australia for spying. The US Government has openly discouraged US companies from doing business with Huawei.

Their IVS platform video. English, no sound. Note the emphasis on analytics in the second half of the video...

Wow, they can do facial recognition at 100' wide FoV with cartoon characters:

And their crowd counting is amazingly accurate:

Jeez, what a sloppy, science fiction presentation. Does not inspire much confidence.

On the bright side they will be showing H.265 total solutions, as well as Intelligent Video Analytics at ISC west, via their fab-u-less HiSilicon:

I have seem Huawei networking products here as they are working with the Telkom Indonesia.

But not on the camera side.

Personally to me it looks like they are stronger on the telecommunication side including 5G technology. Their network products are in direct competition here with TP Link, another mainland China company.

It will be interesting what they will show at ISC West, aggreeing on that & looking forward to the coverage of it.

Spectacularly bad reputation in the IT world. Never mind the US government claiming they spy, their gear doesn't actually work in may cases. Very very slippery when you try to get demo gear. All the bad things you want to think about a foreign vendor wrapped up behind one logo. Run, fast, the other way.

Does anyone in the US actually buy Huawei networking gear? I didn't realize they had much of a presence.

@John and Rodney, Yes, companies in the US sure do buy it from what I've heard. In Telecom Data Centers..low cost cell phone providers. Companies like Cricket Communications, Metro PCS, Boost..no doubt. I've heard they have tried to get into Govt. (not successfully though, because of spying allegations)

I have heard stories of the US govt. going and paying T-coms a visit when they find out they are using Huawei switches, etc..because of the spying. US Govt strongly discourages use of Huawei.

I have also heard of very strange incidences where the Huawei "techs" come over to do an install and can't speak English, and they were instructed to not communicate with the people they work with on a social level (basically setup equipment, go back to hotel, do again) AND the techs had their own spies to ensure that they were not "social".

Huawei's equipment, as I understand, is directly cloned from Cisco gear..there have been many lawsuits. Somehow they get around it. I've heard they even copy Cisco's install instructions word for word and pop them in the box.

People who I have talked to have recommended to "run fast" as well.

The fact that they are selling any volume at all here, with their poor reputation and the strong discouragement of the U.S. Govt., indicates they must be dirt cheap.

How much cheaper than Cisco are they?

From what I can remember from a couple years back, well over half the price of Cisco..and their labor next to nothing for a big project install. I heard that they could afford flying a team over from China because they were probably only paying less than minimum wage.

...well over half the price of Cisco [cheaper]

which implies "well under half the price of Cisco", I think?

Yes, cheaper. That is the right word. Materially and humanly. There is always a monitary and humanitarian price to pay when things are "cheap", for sure.

Has anything changed in a year. I am seeing Huawei cameras being pushed to me as a product but coming from IT security I have some reservations.

I have not seen anything in North America for Huawei cameras but that may very well be a political issue with the US, let's see if anyone else has new info.

I am seeing Huawei cameras being pushed to me as a product but coming from IT security I have some reservations.

Then it may be worth stating that Huawei cameras appear to be straight Hikvision rebadges. Though, since most Hik cameras use HiSilicon for their SOC, and Huawei owns HiSilicon, they are kinda both. 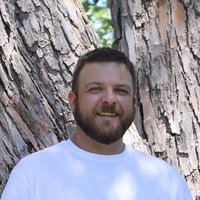 Any updates? I've got an upcoming project where they are pushing Huawei but I can't seem to find any info on their VMS platform.

It's been two years since my snarky post.  I cannot tell you I've heard Loud Bad Things about them recently.  I would recommend a fresh review.  For example do a CVE search and check for yourself if they've had significant cyber issues "recently".  According to shodan.io there are 596,462 Huawei devices hanging off the public internet.  For comparison there are 15,514 Axis cameras and 397 Avigilon devices (and 387,925 Hikvision devices, but that's been discussed elsewhere.)

So this is definitely a vendor you hope encourages changing default credentials.

According to shodan.io there are 596,462 Huawei devices hanging off the public internet. For comparison there are 15,514 Axis cameras...

But how many Huawei cameras are there, for comparison?

Doesn't look to promising, does anyone know if they integrate with any access control systems?

Huawei,  the giant who has overtaken Ericsson as the world’s largest supplier of telecom wireless equipment by revenue, has been emerging security sector for years.   Their surveillance products were seen in several domestic "Smart cities" projects.  However, it is still known for, not their security cameras but the chips empower them -- HiSilicon.

Btw, AT&T will carry Huawei's flagship handset Mate 10, the one to take on Iphone 8.

We have deployed Huawei IVS in UAE and results are good for IPC Series camera, VCN still needs more development for GCC Region for authority approvals