How To Simulate The Image That An IP Camera Will Using A DSLR Camera?

I am going to be going on site to a customer to work on planning the camera layout. I am planning on using a camera 2mp 16:9 camera in hallway mode with a varifocal of 5 - 12 mm.

I have a canon dslr camera (t3i). Two questions:

What which lens would be best to overal simulate the image from the ip cameras?

Are there any settings I can set on the camera, that would best simulate the camera being 16:9 in hallway mode?

I know that it wont show the quality of the IP cameras image. What I am more trying to do is show what would be visible.

If you have the 1080p camera already, set both up side-by-side on your bench so you can compare the views on both cameras to see what focal length on the T3i approximately matches the view of the camera. Keep in mind that the Canon will be a 4:3 aspect so you'll need to crop the resulting image accordingly. 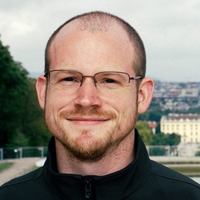 The DSLR will actually be a 3:2 aspect.

Ah yes, you are correct. Been so long since I've actually thought about the aspect of a DSLR sensor... :)

Have you considered using an actual IP camera? An IP camera plus a pointsource and laptop (shown here) would capture the most realistic images. You could show them what the actual camera shots would be and also could verify bandwidth consumption at the same time.

I normally do do that but in this case because of the location it was going to be hard.

It's not that difficult to simulate camera images, but it does require a bit of prior planning.

Skip to the TL;DR at the end if you want, or stick around for the math.

First thing you do is figure out how to simulate the lens. I saw in the other thread that you're thinking of using a series of 3MP Hikvision camera. The DS-2CD2732F-I is a 3MP dome that supports corridor mode, so, I'm going to take that as my example. It's got a 1/3" sensor and a varifocal 2.8mm ~ 12mm lens. You don't mention the width of the hallway, but you said that the hallway is 250 feet long and you were thinking of using 8 cameras. If the hallway is 18 feet wide, then that gives us an 8mm lens at a target distance of 31.25 feet, for a PPF of 102 or so. But that's overkill, obviously, so let's use 6 cameras instead, mounted every 40 feet. This should help cover most of the blind spots. And if we set the lens to 12mm, focused out to 50 feet (in order to cover the blind spot of the next camera in the row) we'll get a PPF of 102.

Now, we have to figure out how to zoom the camera out to simulate a field of view similiar to what you'd see from a 12mm lens on a 1/3" sensor, and here's where it gets a bit tricky.

Once you've got the shot, you're going to need to crop the photo using a photo editing program. The free editor Picasa and the reasonably priced editor Adobe Lightroom both have 16:9 as a preset in the crop menu.

And there you go, following these steps will give you a field of view almost exactly but not quite what the camera will show you. You can show this to your customer and they'll have enough information to make an informed decision.

TL;DR use a 135mm lens, then export to a photo editing program and select 16:9 preset in Portrait mode.

Thank you very very much. Can you explain to me what you meant that you would have to zoom all the way out for a 18-135mm lens? Dpn't you mean zoom in?

Yes, of course, zoom in is what I meant. Sorry.

Or an easier way might be to do what I suggested: put both cameras side-by-side on the bench and adjust the DSLR lens to give approximately the same view as the CCTV camera :) Then you can just take the DSLR to site and snap away at that setting.

I have the same t3i camera with the stock 18-55mm lens, as well as a 75-300mm lens. I am going to test out this theory soon at a job site and see how it works out. I have a perfect scenario where I have a Samsung 6084R near a staircase with a well defined FOV. It is framed by windows and a door. Would be easy to match up the horizontal FOV and then crop the vertical later to the proper aspect ratio.

It soudns like someone can develop smart phone app to simulate camera views... start with iOS??

On the app side, take a look at this: CCTV Lens Finder App Tested. That's discontinued now. But the bigger problem is the lack of wide angle lenses on phones (usually 50 something degress or less), restricting what scenes can be taken.

I use an app called setmycamera, it has FOV simulation and other tools.

As for lenses there are many magnetic style snap-on wide angle lenses for smartphones for less than $20.

B, that's interesting. Thanks for sharing.

It's definitely designed for photographers, it has all the imagers from the majors listed. But if you go to the end of the list it has a "Common Sizes" entry that covers what we need. 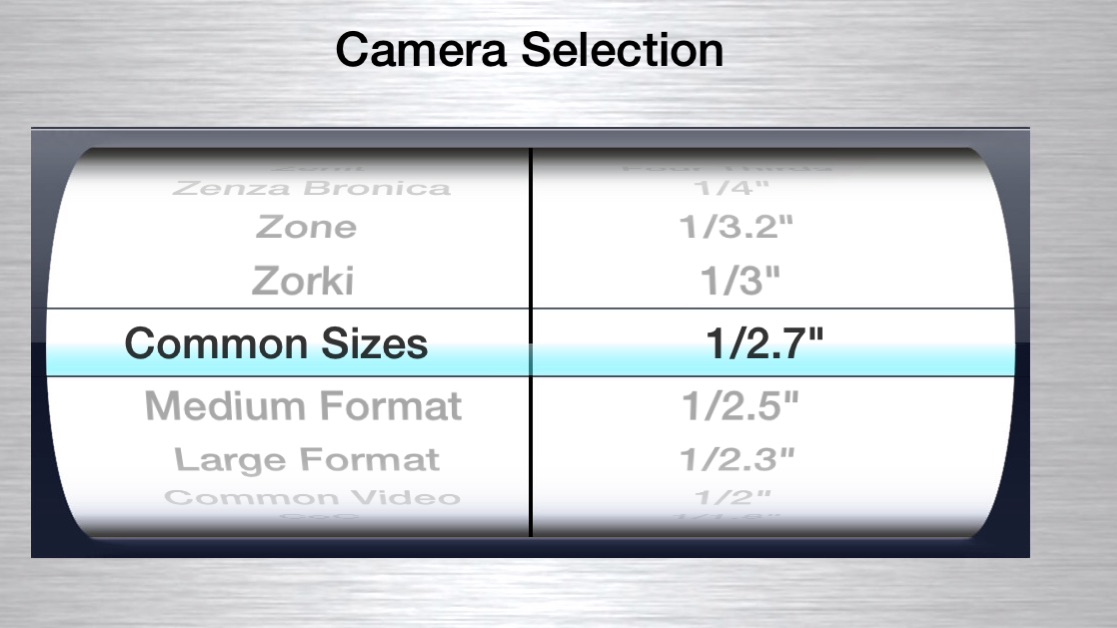 Also very important to uncheck the default 35mm focal length conversion. Otherwise it will tell you to buy 300mm lenses!