How To Defeat Electronic Keypads

Too often this is not just a movie gag. The world is full of doors with elaborate access control, but the doors/frames/locks/fences/gates are little more than junk.

Moral of the story: If you are installing or designing high-tech physical access control, make sure you do not ignore the fundamental risk of brute force.

I have seen doors that have had thousands of dollars of electronic security devices on them that could easily be compromised by slipping the latch or forcing the door. Gates where you can easily reach through and unlock the gate by operating the inside latch. High-security rooms where you can lift a ceiling tile and either climb over the wall or reach down and unlock the door. On so on and so on...

I check for this type of thing on every assessment that I do and rarely find a facility without at least a few weaknesses of this type.

As a side note, Sneakers was one of the few movies that I know about who used a real security consultant as a part of the production team. John Strauchs was a technical advisor on the film and provided guidance to the writers on the security systems.

Reply Edit
Delete
Create Topic
Ban post
12/16/14 05:04am
I was working on a large and ongoing project and the electrical rooms were always locked when we needed into them. In someone's infinite wisdom they installed single action handles inside the closets. Our solution was to bend a piece of fish tape to the outside of the door....sneak it under and pull.....door open.
Reply
Agree Disagree Informative Unhelpful Funny Fav

A few of my favorites:

- motion rex on inside, that can be activated by sticking something long through a gap between doors

- mag lock with wiring on the outside, cut and you're in

I always cringe when I see something like this (which is quite common): 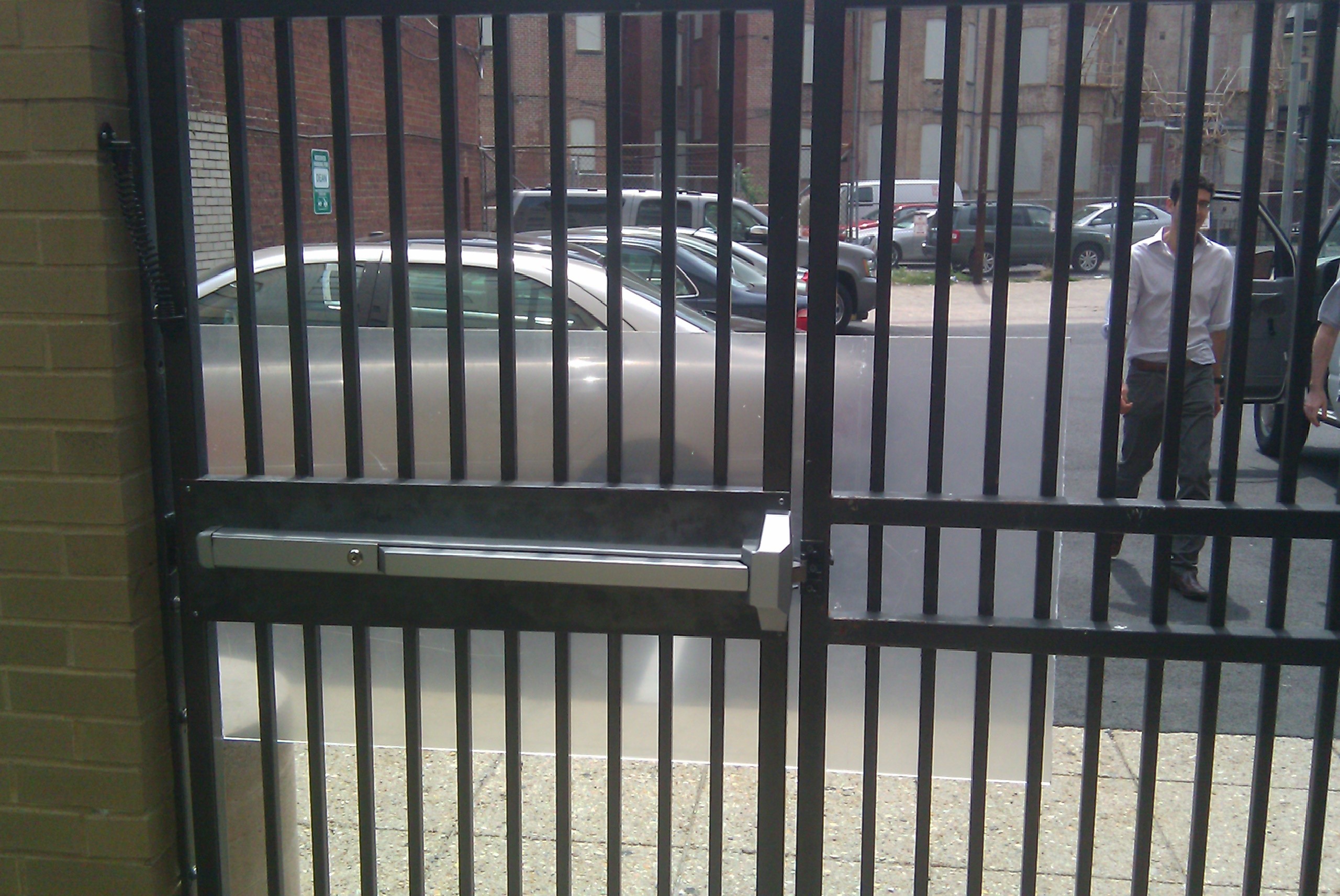 For those thinking through this: I can just stick my hand between the slats to press the panic bar.

(That tranluscent panel is nothing I can't easily beat.)

Oh man, somebody needs to start the access control hall of shame, or maybe this thread is it!

Why not just crawl through the tile of a drop ceiling and down the tile on the other side of the door.