Should I Add Honeywell Cameras To My Lineup?

Has anyone had any issues with Honeywell camera systems, good or bad?  Looking at maybe adding this brand to our lineup. 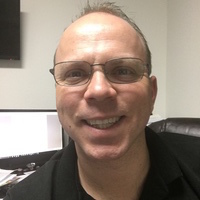 Dahua OEM. Have not used them myself but did see that they were already integrated with IviewNow. Familar name brand which is comforting to resi and smb clients.

We do not Use Honeywell for anything else.  We have been quoting against another company in the area that is quoting Honeywell equipment and always comes in lower.  We have been selling Flir systems as well and have been having good results with them but doesn't come with the brand recognition that Honeywell does.

Well, you won't be selling low-cost FLIR systems for that much much longer now ;) - Dahua Acquires Lorex From FLIR

And, yes, to the extent that they are coming in at a lower cost with Honeywell it is because they are selling Honeywell's OEMed cameras. Agreed about the brand recognition, it's unfortunate Honeywell is trading on that with lower quality product.

Does the acquisition of Lorex affect the Flir line?   I thought that Lorex was a cheaper line of the Flir family, or am i mistaken?

Lawrence, yes it does include FLIR SMB products, as well as Lorex big-box consumer ones.

FLIR Systems, Inc. announced today that it has completed the sale of its Canadian security products subsidiary Lorex, Inc. in a transaction that also included its Toronto-headquartered small and medium-sized (SMB) security products business. [Emphasis added]

The latter part is what was branded FLIR and was most typically sold in ADI for lower prices. FLIR is keeping the DVTel cameras (like Quasar), thermal, etc.

The companies involved confirmed to us that there will be a new brand at some point soon that will not be FLIR, for those SMB / commercial products.

We have been selling HW cameras, Performance Series and find that most requests come in for integration with Winpack. Seems, this is an advantage for HW.