You have seen marketing demos for gender and age, but Hikvision is taking it to the next level, declaring:

This new intelligence can differentiate between a man or a woman, it can tell their age or even their ethnicity. It’s exciting to see where this technology is today, but even more so to see where we can take it to the next level [emphasis added]

Not a common claim and it is pretty amazing considering there are hundreds of ethnic groups, etc. Curious to see how well it works or does not.

And can you imagine the political implications and potential for misuse of automatic ethnicity classification? In fairness, for Hikvision, as a division of an autocratic Chinese government, that is less of a concern.

Update: IPVM has confirmed Hikvision is shipping ethnic minority analytics inside of China.

I think setting this up would be almost as dangerous as installing a bathroom camera in regards to company reputation and liability.

Maybe in a retail store?

I also doubt the accuracy of the results.

setting this up would be almost as dangerous

Depends on the country. Look at the Chinese government's persecution of the Uighur ethnic minority, such analytics would fit right in.

In the United States, though, the idea of surveillance cameras tracking ethnic minorities is fraught with danger. To that end, I am surprised that a Hikvision USA executive would tout this.

In the United States, though, the idea of surveillance cameras tracking ethnic minorities is fraught with danger.

Perhaps not if they were used to aid minorities, maybe by government agencies looking for signs of discrimination?

used to aid minorities, maybe by government agencies looking for signs of discrimination?

Well, then some will argue that it is affirmative action. My point is that automatically categorizing people by ethnicity (really race, see my comment below) is a politically controversial move (at least in the West).

Sightcorp is a Western company that tracks ethnicity in real-time as well as everything else that you can think of:

That Sightcorp video's narration does not mention ethnicity, rather focusing on age, gender, mood, etc. There is a 2014 blog post from them that does mention ethnicity (technically "African, Asian, Caucasian or Hispanic") but overall even this small company overall downplays ethnicity.

Related, "African, Asian, Caucasian or Hispanic" is not an ethnic classification but a racial one. I suspect that when companies say 'ethnic' what they generally mean is 'racial', given how hard it would be accurately distinguish between the hundreds of ethnicities in the world. And if these companies plan to promote automated racial categorizing, I think they are going to be in some dangerous territory.

That Sightcorp video's narration does not mention ethnicity, rather focusing on age, gender, mood, etc.

True, but its on their home page, as well as mentioned in several of their verticals.

On the other hand, it doesn’t display by default in their overlay, though it is in the raw JSON: 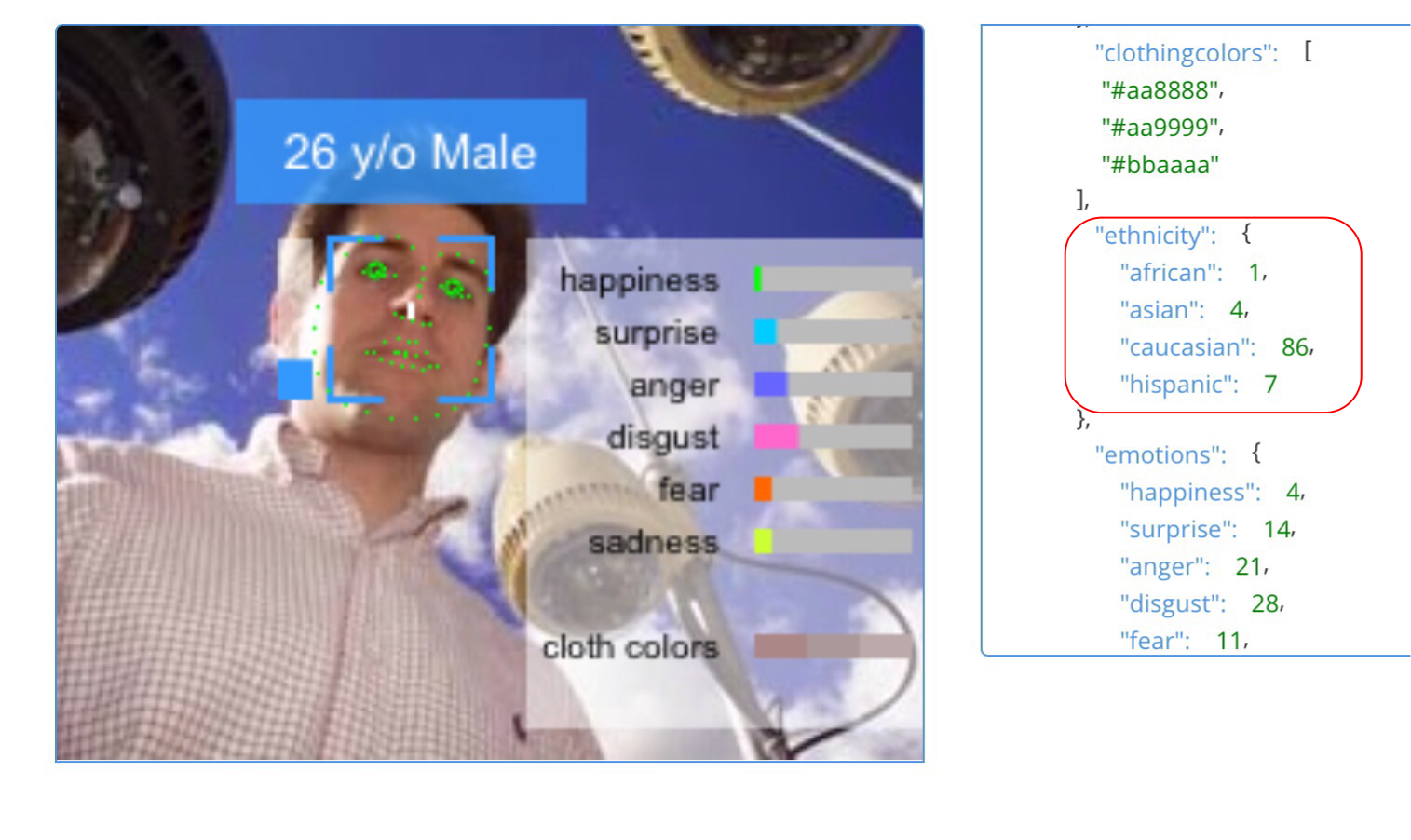 Related, "African, Asian, Caucasian or Hispanic" is not an ethnic classification but a racial one.

That’s true, and I suspect as you imply that they are using ethnic euphemistcally.

Though, since the ”ethnicity” raw data is not binary, but rather a 4-tuple representation of multiple characteristics, maybe a cross reference table could be constructed, like: 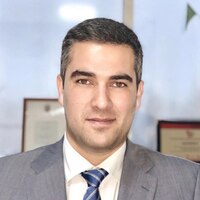 I have tried it today in HikVision HQ. It worked pretty well for me. Here is a photo shot with my phone: 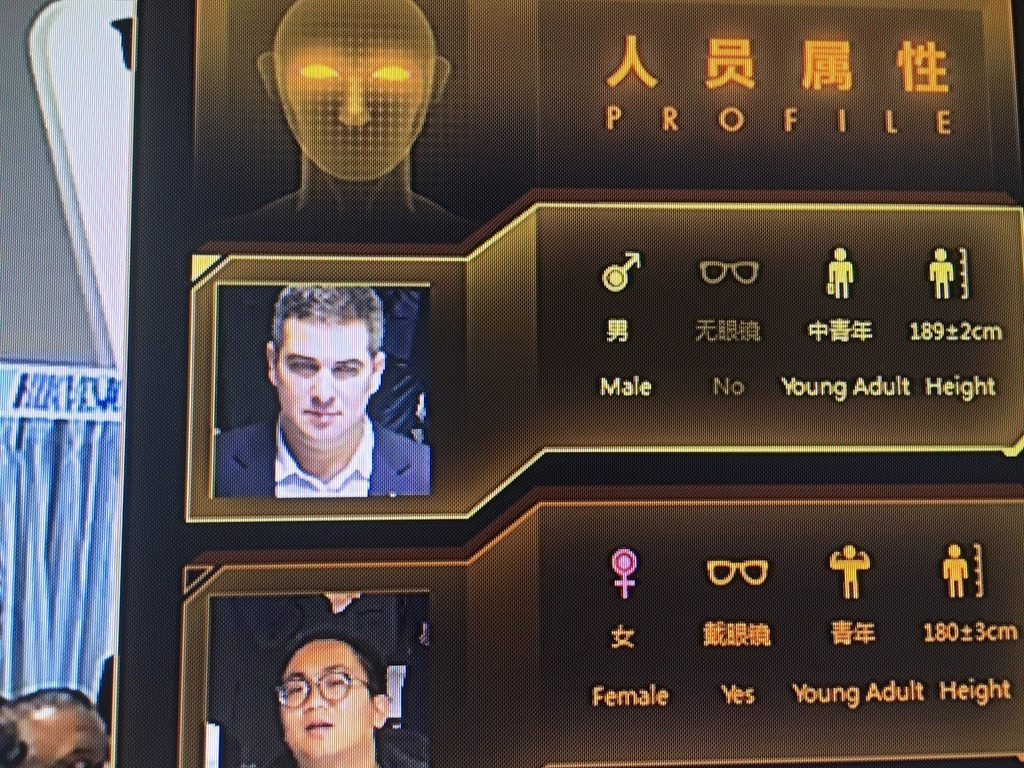 But where is the ethnicity?

Sorry, my fault. No ethnicity.

Yury, thanks! Give the Hikvision HQ people my best :)

As #U1, I am curious if they talked or showed of ethnicity analytics?

Btw, and I apologize for saying this if I am in error, is the person in the lower row (classified as a woman) a man or a woman? My broader point is that women with short hair and men with soft features can often be hard to distinguish, etc.

Sorry I missed the topic initially as I was reading this from phone. Haven’t heard anything regarding ethnicity during the presentation.

The person below my photo is camera man. Definitely not a female.

Given that the second guy is categorized by their SW as a Female - a 50% failure rate in a sample of 2 hits -  I'd shudder to think what your interpretation of pretty BAD would be...