Have You Killed A Camera With A Laser?

People say that pointing a laser at a camera can kill it. I am not sure if this is true or an urban legend.

So.... Have you personally killed a camera with a laser? Or know someone who has?

I'm sure it is possible. Although 2 Watt lasers aren't that common. Your typical laser pointer for a classroom is 5 milliwatts. A 500 mW laser will blind you and burn your skin. Lasers in the 1+ Watt range are considered industrial, you can cut foam or a toothpick with a 2 W laser.

Appears that aiming the laser is difficult, and a sophisticated setup may be required for any practical use.

Another YouTube sample playing with a high power laser. BTW: in the US you generally need a permit to use a laser over 500 mW.

Thanks for sharing. This one looks particularly interesting and relevant:

Here's a sidebar...why are LASERS regulated by the Food & Drug Administration?

My guess would be because a large chunk of lasers manufactured and sold are for the medical industry.

Just a hunch though.

I've never killed one with a laster, but shoot just about any laser directly into the camera, even a 5mW laser, and the camera is effectively blinded. It's just too intense a beam of light for the camera to compensate for.

Like John said, you'd really need something over 500mW to actually burn the sensor, and those lasers aren't very common, and they're also expensive. I own a 200mW laser which will light up a building 7 miles away and that cost me $150 and that's still nowhere strong enough to kill an imager.

I think 'beam divergence' plays a key role in damaging the sensor.

Take for example the problem of pointing lasers in the cockpit of low-flying aircraft (Lasers and aviation safety - Wikipedia) - this would not be a significant issue if the beamwidth did not grow over the traveled distance. The beam diverges over distance - a focused 1/8" beam at the source is much more intense than a 8.5" diameter beam 1200' away.

I imagine the physical distance between the laser & camera also plays a key role it the ability for the laser to permanently damage the camera. Harassment is one thing, damage is another.

From the wiki article link:

"View from a flight simulator, showing the visual effect of a 5 milliwatt green laser pointer seen 1,200 feet away. Laser brightness is 5.0 microwatts per sq.cm. This can cause "Veiling glare" and "disruption" effects. Photos taken as part of a U.S. Government research study on lasers' visual effects on pilots. Animation created by Patrick Murphy with permission given to make this animation public domain. Photo 3 of a series of 4 showing no effect, distraction, glare and flash blindness."

David, good question - not sure why but here's the FDA's guidelines for lasers, as a background for others.

I've seen this discussion several times before on other forums. Experimented with it a bit on my own cameras with both red and green lasers (your basic consumer-grade 5mW types). A couple things:

1. It's not the laser hitting the sensor that disrupts the overall image, so much as the flare created within the lens optics. If the laser hit the sensor directly, there would only be a single bright spot.

2. As the one post mentions above, you would have to hold the laser VERY steady. It's practically impossible for most people to hold it steady enough to blind the camera constantly, let alone to do any damage (assuming you could hold a laser that's powerful enough; I have no idea how physically large such a unit would be). If you wanted a camera to STAY blinded, you'd need to put the laser on a tripod or C-stand to something. And keep in mind, the further you are from the camera, the more the laser movements are amplified.

3. Keeping in mind item 1, it's also not necessary to shine the laser directly down the center axis of the camera to blind it... in fact, if you JUST want to blind it, it's more effective to shine the beam onto the front element of the lens from a slight angle, thus increasing the flare.

I have a solution: Lasers likely won't destroy security cameras; for that, you would need Phasers: 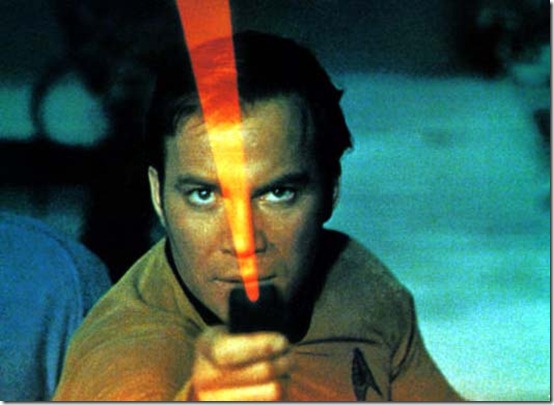 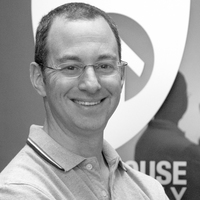 As stated previously if you just want to "Blind" a camera all you need is to hit the lens. to do damage you need to hit the sensor.

Regarding size and availability of such lasers I picked one up last time I was in China that was 500mw for about $30. They are more expensive but easy to get at wickedlasers.com (in HK)

Thanks, Todd, that is a very interesting site.

If those 500mw can do damage, is the damage the same for CCD and CMOS. And how close and how long does one need to hold the laser?

A customer just called, said that her neighbor killed her camera with a laser. While this thread left me doubtful, we recommended a WDR camera with a CMOS and a smoked dome housing. We'll see what happens. We've got a liberal return policy.

What was the specs of the camera that was killed?

She couldn't say, just that the integrator she was using threw up their hands and walked away. So the killed-it-with-a-lazer thing may be untrue.