Have You Ever Flown On The Pelco Jet?

This came out of the Pelco favorability results discussion.

The Pelco jet was the gold standard in the US video surveillance industry of wining and dining customers.

Curious - anyone with any Pelco jet stories?

I flew on the Pelco jet in around 2003 or 2004. I was designing systems for a new hospital campus in Oregon. The owner was using Pelco at one of their three existing campuses and insisted that we spec Pelco for their new campus. The reason: Pelco sent them advance replacements for defective cameras within 48 hours, while the other camera manufacturers that they used insisted that they send the defective cameras back first, and then often took 60 days or more to send a replacement camera back.

The Pelco jet picked me up in Seattle at a corporate flight center. I parked my car and one of the pilots came out to meet me. We were wheels-up within minutes after my arrival. We stopped in Portland to get my client representatives and the local Pelco rep before heading to Clovis, California. Coffee and pastries were served along the way by a female flight attendant.

When we got to Clovis, a limo was waiting and sped us off to the Pelco factory. We were met by a nice marketing lady who said we would be having lunch with the President of Pelco, but first, she wanted to give us a tour of the campus. She walked us from building to building, explaining the Pelco story and everything that they did differently from other manufacturers in the industry. One of the things they were really proud of was how many things that they did in-house rather than outsourced, including things like having an in-house travel department and in-house print shop.

Once we got back from our lengthy and somewhat tiring tour (walking outside for 2 hours in Clovis in the summer is no fun), we went inside to the Corporate Boardroom where lunch was waiting for us. Soon afterwards, the President of Pelco walked in and joined us. He asked us how our trip was, and how much we enjoyed the tour. We explained that we had a nice trip, and how that we were very impressed with the Pelco facility.

This was apparently not enough for the President: he started fishing for more compliments. He looked right at me and said "What specifically were you impressed with?". I gave it a few seconds thought, and said that I was impressed with the fact that when other companies seemed to be outsourcing as much as possible, Pelco seemed to be taking the opposite approach, and bringing as many things back in-house as possible. The President really lit up when I said this, and then went on to explain how he had brought in a top-notch chef to take over the company cafeteria, and how it was now considered by some to be one of the best restaurants in the city.

In my attempt to lighten the atmosphere, I made one of the sarcastic jokes that I have become known for. I said "Maybe you should forget this CCTV business entirely, and concentrate on what you are good at - running a restaurant". Everyone in the room burst out into laughter, except the President, who sat there red-faced. I don't remember how I recovered from this, but it seemed like everyone walked away friends.

On the flight home, we were served copious amounts of wine and a cheese platter by the flight attendant. We each also got to sit in the copilot's seat for a short time during the return flight, and had our picture taken at the controls. A framed copy of our picture was given to us when we landed.

Overall the trip was a success for all involved. An all-Pelco system was specified and installed at the new hospital campus, so I guess we ended up paying for our trip and more.

Just for the record, I generally avoid manufacturer's junkets and would probably never have accepted a trip like this on my own. I went at my client's insistence, and now, many years later, I look back on this as a once-in-a-lifetime experience.

Michael, that's a fascinating story. Thanks for sharing!

In my attempt to lighten the atmosphere, I made one of the sarcastic jokes that I have become known for.

Wow... In every Silvian post I've ever read, the tone is moderate but warm, the content helpful and insightful, and the style direct yet humble without a shred of sarcasm.

Maybe you are only sarcastic in your stand-up routine? :)

Thank for your kind words, but I do have my dark side. I often become a bit sarcastic when I encounter people in the industry who lie to my face, think that they are something special when they are not, or otherwise act pompously. I like truthful, plain-speaking people who let their accomplishments speak for themselves.

Of course you have a dark side, you're from Seattle! Go Hawks!

Next up in the Jet-fueled Junket series:

"Have You Ever Ridden in the Dedicated Micro's Race Car?" 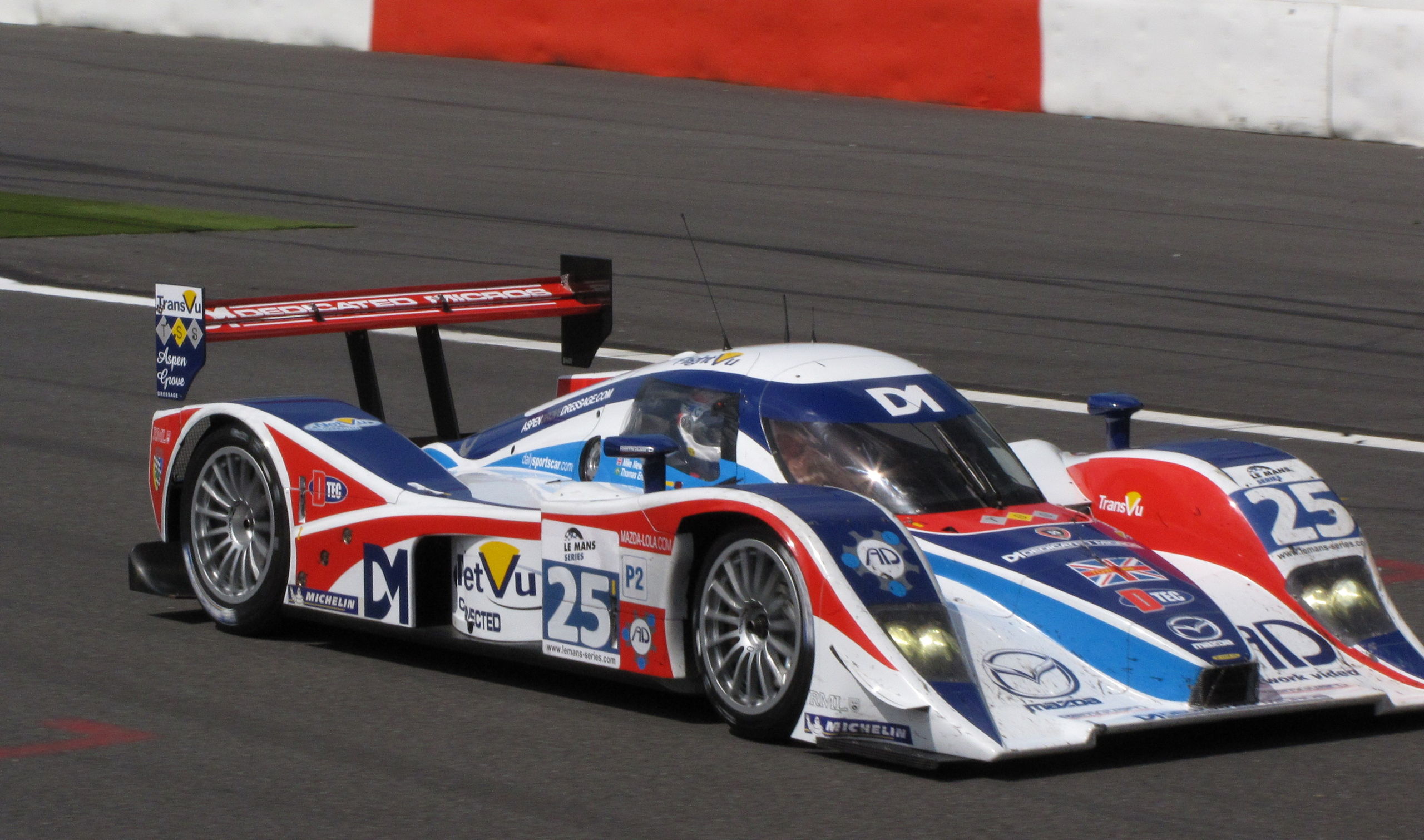 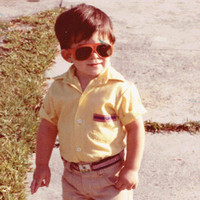 Have sat in it and made brum brum noises.

Pretty hard not to when it was (a full size mock up) sat on the third floor of the office building.

Employees were reminded on a daily basis what the company was really all about.

Incidentally part of the DM empire was AD Aviation. Not one jet but "a fleet" of them.

Flying the Le Mans folks around on occasion.

Although one did meet an unfortunate fate. No one hurt.

Perhaps as a sign of things to come I believe it was the first business in the group to be wound up.

I did get to fly on the Pelco jet June 2004. My most memorable part of the trip was that they served us McDonald's breakfast and made the joke it was in honor of the owner I think it was Dave McDonald.... Great 2 day world win wine and dine. Oh yeah another memory is they took my new digital camera on the flight out because it was better then the one they had and used it to take everyone's pictures for the framed photo they gave us on the way home. And they wouldn't allow photo's in the factory. I got the camera back on the way home. I still have the pictures of the plane ride. 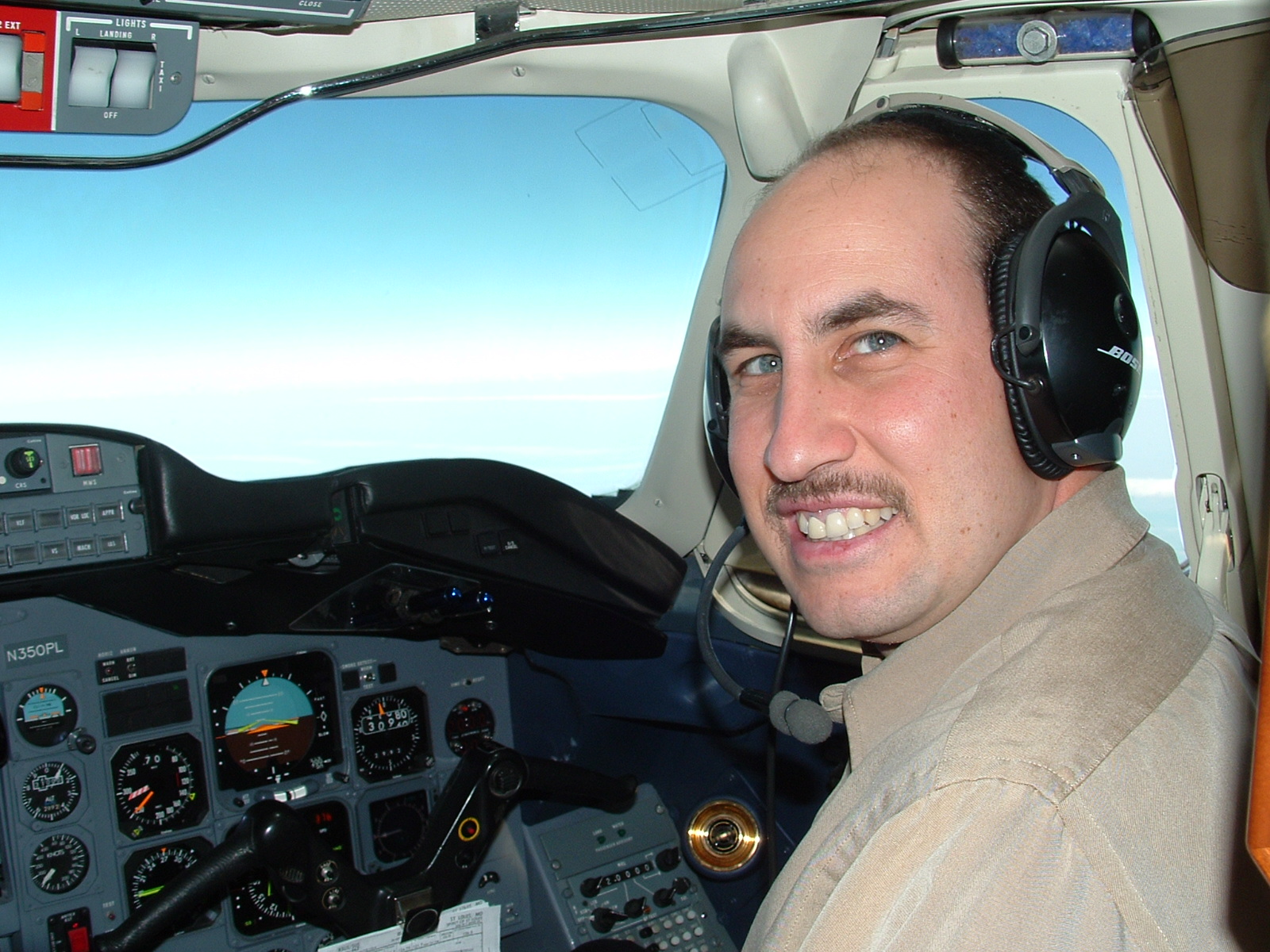 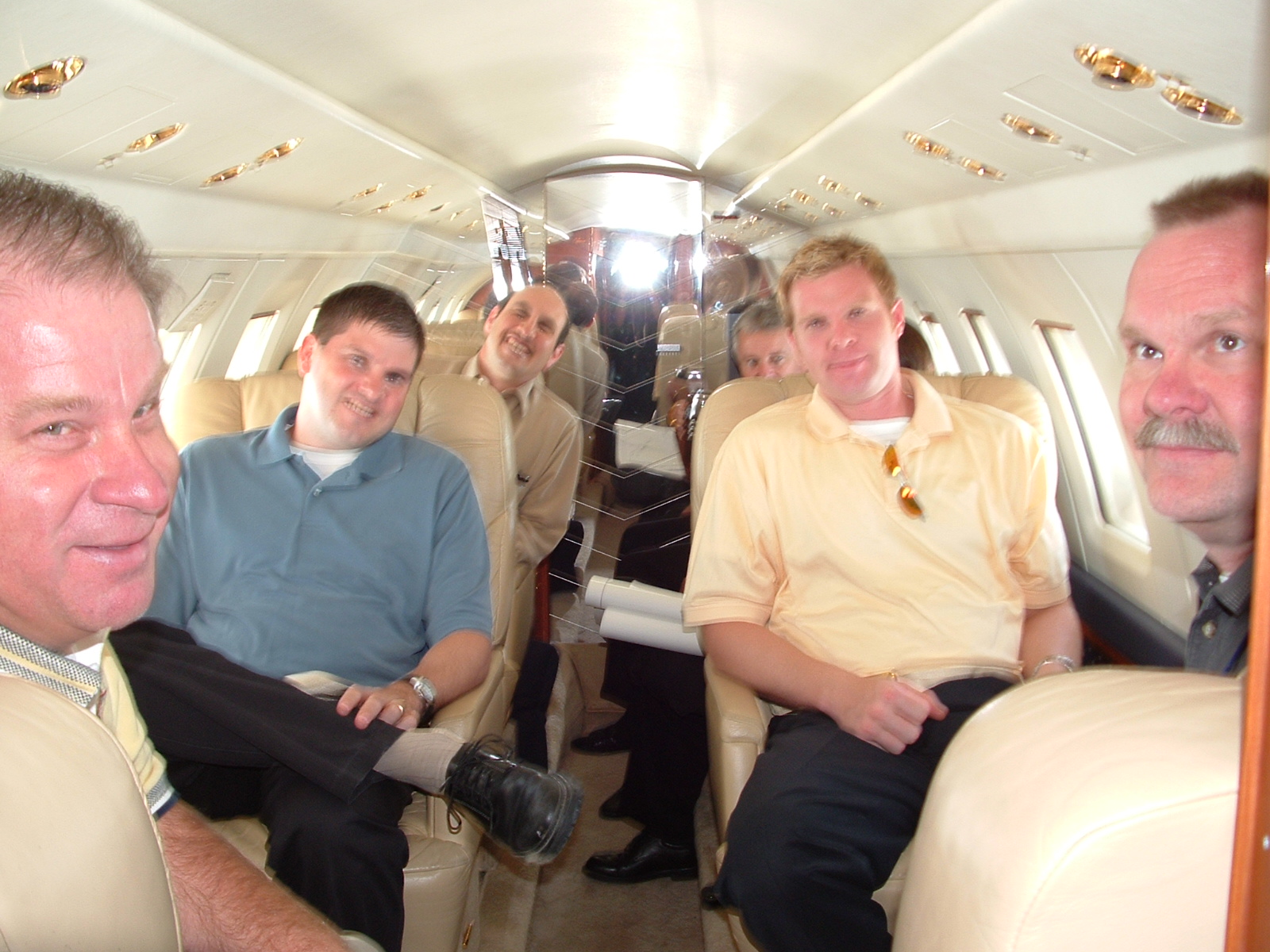 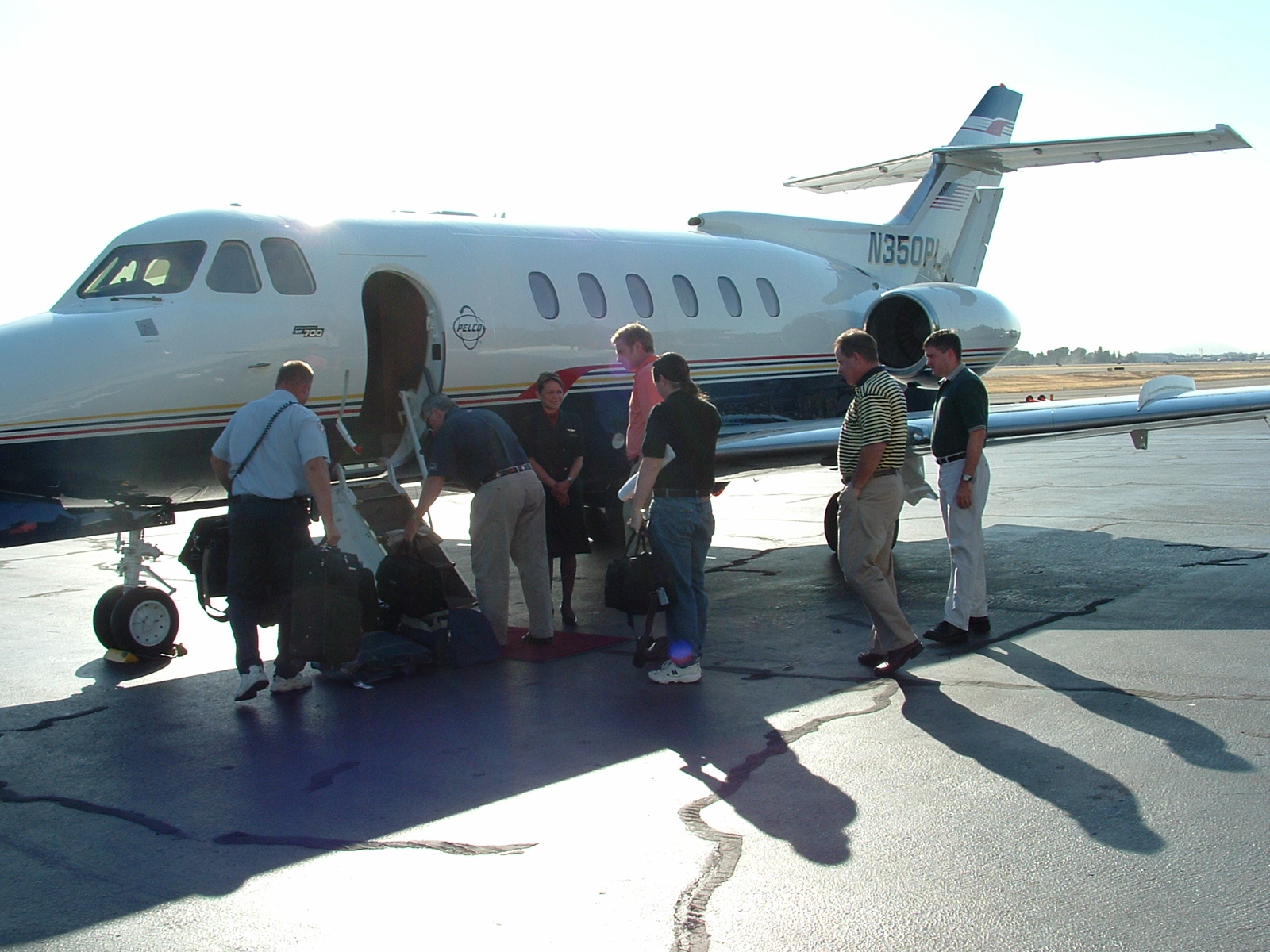 I don't really remember where we flew into but in STL it was a secondary airport Spirit. Probably a smaller airport I'd expect in Fresno or closer to Clovis.

Looks like the ex-Pelco jet (N350PL) is still actively being flown. It apparently was sold again last month for $475k. 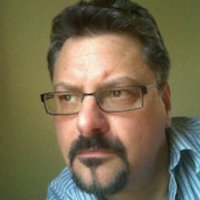 Seems to be spending a lot of time here in Michigan.

Now owned by an aviation law firm called Hawker Financial -- unknown if related to the manufacturer of the aircraft.

Don, thanks for sharing the pics!

Btw, one other post related to this: From the Pelco Jet to the Ex-Pelco Yacht, not sure if he still has the Yacht...

Looks like he still had it a couple years ago, although it may be short a beer or two, from the NYPost:

It's docked at the Fresno marina.

It would make a nice dinner cruise boat on Quail Lake.

If only they had put as much cash into their IP stream as their Gulf-stream they'd be flying high today....

If only they had kept the jet...

I honestly wonder if any video surveillance manufacturer did that today, what the impact would be, i.e., would it be worth it?

The closest I see know is the Hikvision invitation to China, though a 7,000 mile commercial flight may not be as appealing for many...

If only they had kept the jet...

They could offer charter service to Hangzhou...

Not the distance, the location ;)

Not the distance, the location ;)

So it never gets better than the plane ride?

I had the opportunity to. They would pitch it every quarter or so to attempt to woo me away from selling Axis and (at the time) Sony IP cameras into the market when they had no IP product to compete. While I'm sure it would have been worthwhile I felt it would compromise my stance and offer them some form of leverage.

Though the legacy Jet is gone, its memory still lives on thru Pelco's former owner David MacDonald, with his upgraded, yet eerily similar Air Farce One model, shown here on the tarmac in nearby Fresno. 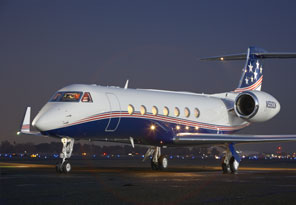 Nice find #1, evidently it can be charted:

An opportunity for an aggressive manufacturer?

You can charter the yacht as well!

Yes, I had the great opportunity to fly around 2002 from DC (IAD), fueled in Kansas and onto California. I was a national account manager at once was a large national integrator at the time ISR Solutions based in Northern VA. We had a large accounting firm we were courting for Pelco Endura. Pete Peek from 1Volt assisted in arranging the trip and approvals necessary. I still have my framed photo of me in the co-captains seat at 30,000 feet (jet was on auto pilot) and my "Pelco wings". Pelco treated us like royalty.

Missed the jet by a month or two got a all expenses paid trip to Fresno from U.K. Including a trip of San Fran etc. The bribery worked for the most part... I'm cheap... 😆

I nearly forgot the Sony trip last year to Japan, riding the bullet train, factory tour meeting the engineers and development team. In to the head office seeing the largest super high definition screen and all their top tech. Drinking "sake" nice sushi restaurants and a full tour of Tokyo. Good times! I think those days are over ☹️

I once had the opportunity for a trip on the jet but my company would not allow the trip because Pelco was a possible contract contender. I have always regretted having to miss that opportunity. "Back in the days" Pelco had a local factory rep my rep, Jeff Blackmer who worked along side of rep firm One Volt (Pete Peek and Bob Boden). Jeff and I worked out application issues with installed cameras that I believe may have gone into future camera designs. Pelco was a great company back then and their analog ccc-1390 cameras are still running on encoders along side of our IP cameras.

Then Schnider bought it.

Former Pelco employee here...was lucky to fly as a 'deadhead' when customers needed to be picked up somewhere I needed to be for work. They treated employees just as royally as the customers, with the lovely plated continental breakfast served on Pelco China and the cock-pit photo op. Also pushed us to use the Sat phone...calling my dad from 30,000 ft from the Corporate Jet was a highlight for him I think.

Pelco Jet trivia...notice the tail number? DLM managed to work with the FAA to change it to N350PL for 3500 Pelco Way, the address in Clovis. Then when he (and the other partners) cashed out to Schneider Electric and bought his own plane, as shown in the photo from UD#1...he changed that tail number to N562DM. Speculation was that was his new net worth after the sale.

It was an incredible place to work, until it wasn't anymore. There is a Facebook group called "Old School Pelco" where current and past Pelco employees/reps/etc reminisce about the good ol' days...I think it was started as a way to notify people and even pay homage to Ken Massrey when he passed. Seems like a fitting tribute for him to me.

Axis has no boat and now is making me pay my own air fare.... te world is about to end!!

Soon we will be using Hikvision teleporters! 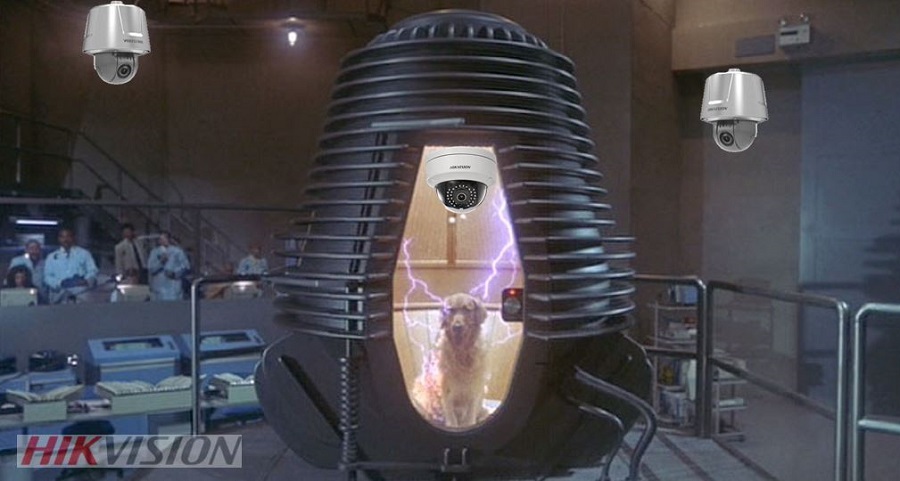