Seeing as I just got word that my trusted Quadro 600 are End-of-life I started to re-evaluate wether I should still stay on the Quadro line. We use Milestone ourselves, and Milestone doesn't use any of the Cuda cores in it so it's basicly only used to extend your monitor numbers since the GPU has little to do.

I'm assuming most other VMS work the same, where as the CPU has to do all the work. So I'm wondering, which graphics cards do you use in your projects ?

Not all VMS work the same as you assume. With HD Witness we use the GPU for a substantial amount of workload including some really innovating features such as a universal fisheye lens de-warping. One hundred percent of the computational load for the dewarping algorithms are processed on the GPU. And that is only one feature.

A good video card can make a huge difference in client performance and even system performance depending on how they are utilized by the VMS.

Can you clarify about your GPU support?

Your VMS works with any GPU in the whole world or you developed support for specific providers? If the latter, which ones?

Nathan is generally correct.... in that differnt VMS clients use more of the GPU than what I have seen from the SmartClient app.

I have tested the performance of several VMS clients on the Viestations we design and build and each one has a different amount of GPU that gets involved.

From a hardware perspective with Nvidia... the NVS and Quadro lines are designed for 24/7 usage as would be expected for most Client apps. Be aware when using the GeForce cards....which would be OK for a lesser usage load.

Here is a quote direct from Nvidia on this...

"You don’t want to use GeForce for 24/7 environments... Quadro/NVS are much more suited for those solutions (power, efficiency, quality) and their 2-3 LifeCycle allows you to build them into your project for a substantial amount of time. A GeForce board only has 8-12 months"

I think a lot more graphics cards would work 24/7 if they had better cooling fans. Practically every graphics card that's failed on me was due to cheap-ass fans.

we use geforce for every single project, no problem at all....maybe we dont stress as much the hardware.

Maybe that would be a good questions for IPVM to ask of the top 10 or so VMS makers, if they will answer:

1. How many streams can be offloaded to the GPU when viewing?

2. Or, what percentage of streams can be decoded by the GPU versus the CPU?

3. How much of advanced features (ie. server side analytics, client side de-warping, etc.) can be done by the GPU versus the CPU.

4. Is your software actually dependant on having a performance GPU installed, so that if you don't have a high end graphics card the functions can't automatically be re-directed to the CPU?

A nice chart showing where each falls. We're all mostly technical people. We like pictures, just ones with mostly grids and numbers. =) 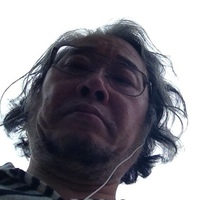 Genetec Security Center is scheduled to be supported in CUDA in Version5.3.