Need to see a gate at 550 feet, need to be able to discern vehicle types and people if possible. but at least the type of car/truck and color.

The Q6035c has a 94mm max lens length. Given that, it's not surprising it could see that far.

I had a similar situation in that I had to watch a gate that is open most of the time. The entrance is very well lit so I would not have a issue with low light. I didn't have a close location that provided a direct view of the front of the cars entering the facility. I mounted an Axis Q6035C on the side of a building facing the gate entrance. The stright line distance from the front of the lense was just over 465 feet, but the camera is also up 12 feet. I was told that this would not work its to far. It does no problem!. My problem is that the cars are moving towards the camera, so I have a very short view of the front of the car/truck because of the zoom. If the camera is looking at a gate and the car/truck needs to come to a complete stop then I don't think you should have a problem. This is a expensive solution, but it worked for me.

Im not loving it.

that is with the 80mm on the camera.

the lux I have no idea. the time of day was so all would know light from sun levels to some extent.

will look into the f stop. the truck is at 560feet. the cars are around 600feet.

The wind was slight and the camera was all over the place, also the simplest cloud caused the differance in the truck being white or a dark grey in color!

the 5meg DN from arecont is just not enough camera the lens max meg design is 5 meg so I would have to mess with differant lens and prob a 10 meg camera or better.

The other issue is the f stop of the lens you used. Is that with the 80mm lens on? Or what is the lens length for that image?

that is GMT -6 time frame. not bad but yes there will be lighting issues. 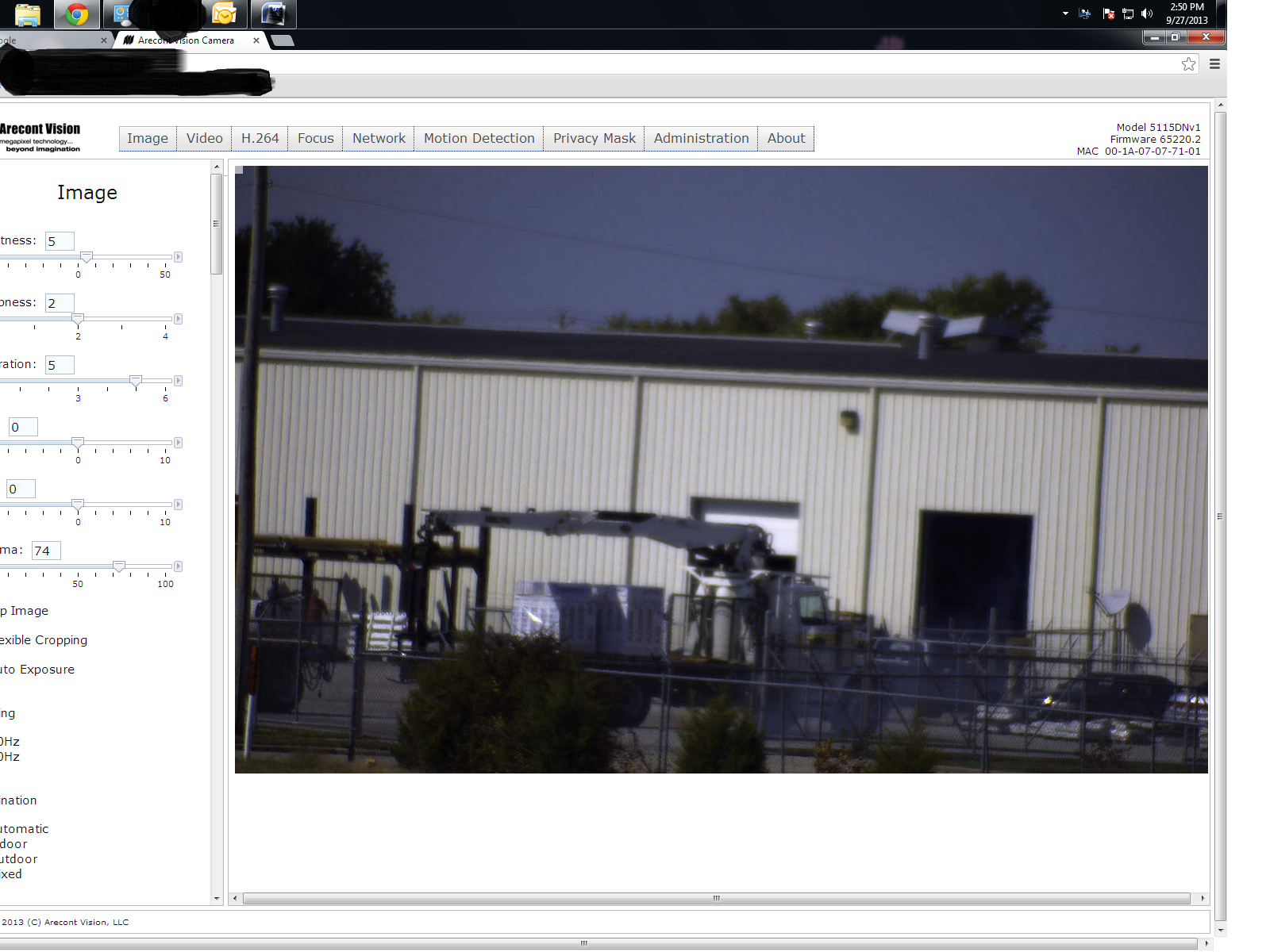 Day/night is not enough. 5MP Arecont is asking for trouble unless you have a lot of light.

It is a Day Night so Im hoping it is not too terrible.

Equally importantly, higher resolution, poor performing low light cameras, like an Arecont 5MP are going to make things a lot worse. If you have a low light optimized 1.3 or 2MP camera, you may want to compare against that.

For what you describe, I would say you want a minimum of 50ppf on-target. That's not license-plate reading pixel density, but it gives you a solid idea of vehicle types, colors, and prominent features.

20ft x 50ppft = 1000px, eg: you want a camera with 1000 (or more) horizontal pixels. In reality your gate might be slightly narrower, but you're also not likely to have a direct shot, the camera will be a little off to the side, resulting in some skew.

Lens selection will vary with resolution. At that range, camera shake can start to become a problem, higher shutter speeds would be recommended, which also means you'll need decent light (more of an issue at night than during the day). Your biggest difficulty might be finding a decent/affordable lens. Depending on the camera and imager size, I think you're going to be around a 130mm lens for this.

Check Avigilon box camera. It has 4.7-84.6 mm lenses. May be good enough for you project

The mechanics of calculating / doing this are similar to our discussion about viewing a face 3000 meters away, though obviously logistically easier in your case. Compare to this discussion on capturing license plates 500 feet away.

I am guessing you will need about a 100mm lens. Here's the output of the Theia lens calculator: 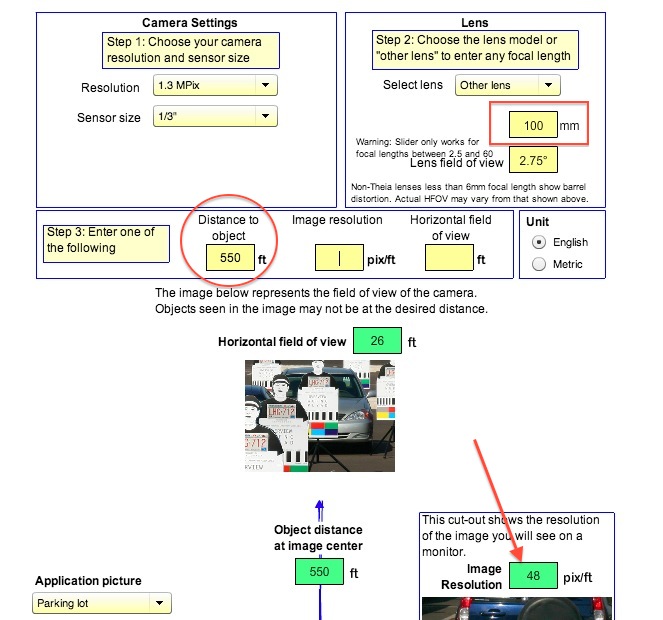