Take a look at this Spec sheet! 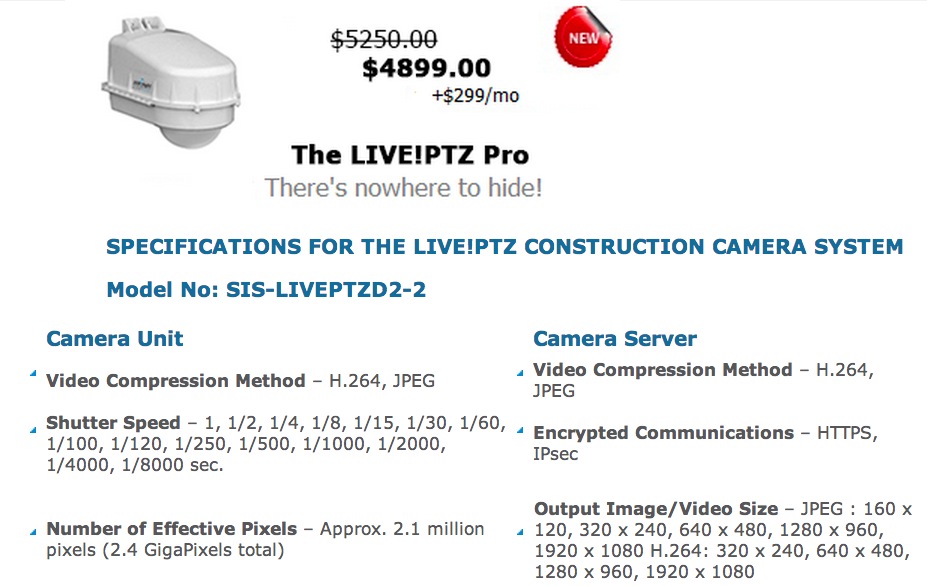 i can see accidentally adding a zero or three to a numeral, but who says Gigapixel by accident??

Either way, it's all nonsense :) Digital Zoom Tutorial

Sorry Chris you are right, the correct calculation is optical x digital so 80x in this case. Because the digital only kicks in at the maximum focal length it acts as a multiplier.

Kudos to you sir! More plausible than anything I considered...

So then they just need to change it to Gigapixels per hour ;)

The company is nobody now, but remember today's SightI$ight is tommorow's, never mind you're right.

But what a tag line "I was blind but now I can see". Besides its problems with originality, who is blind?

Is it a tag line for the customer?

p.s. How did u do that with the OP? embedded HTML? Or cropped screenshot?

Yeah, this is ridiculous. On the other hand, who is the company?

They make another reference to 2.4 Gigapixels at the bottom of this page - so it does not seem to be an accident. Presumably they mean that if you take a 2MP PTZ, zoom in, and pan / tilt over a 260 area that it will cover or be equivalent of 2.4 GigaPixels. Obviously, under this logic, any modern HD speeddome would qualify and yet it would be pointless anyway.

On the other hand, maybe these guys are just trying out for Avigont's marketing team?

Why do you add it?

Someone has made some errors in describing the actual specs;

So actually its an expensive 2.1mp PTZ considering it doesn't use a slipring and is limited to 340 degrees rotation.