Getting In Touch With Other IPVM Members?

If you want to get it touch with others or make it easy for others to get in touch with you:

-> Display Your Personal/Company URL When Commenting so it is easy for people to reach out to you (via LinkedIn, Twitter, your company's contact info, etc.)

-> Ask IPVM admins to connect the two of you

We do not support direct messaging / emailing for IPVM members because we want to minimize risk of spam / harassing of other members.

If you display your URL under your name I shall undoubtedly click it, where it takes me is up to you and what I might do then I cannot predict.

As for your comments regarding the lack of results when searching for my social networking accounts, I sheepishly admit you have many, many more results returned than I do. To remedy this I may I suggest next time just searching for Rukmini W. only. It really helps get alot more results in google, but you already must Know that...

Googling Rukmini Wilson pretty much gets me IPVM links and not much more. Perhaps someone with better Google-fu than I can track you down, you wily security expert, you.

Perhaps "Cal" can be of assistance, the google-force ran strong in him before he suddenly went silent. You were, I believe, the last to speak with him, did you ever follow him as asked?

Searches? Have done them. Results? Have none then. "Others" can try as others may... And the "point"? Of it all? And to "whom"? it may concern. R.W. is Unclear like mud in a blender. JAFC - Just a fortune cookie

How do you know I was asking about you if the post was deleted right away?

Marc, are you here? hi ruk. what are you in for? This is for Marc Blanchard, Blanchard Securities only, now I understand about some of a comment. I thought that John did delete it and I didn't know why you also posted on the dot. but i do now, so its ok by me. im serbian, the picture was from poland, we dont even have that many cameras in all serbia! hey do those fence alert things work from inside out too? on escapement? what if fence is live, juiced? Will that be ok? Can it chime only if they made it all the way out? just a thought for you. Keep the music playing, you're a good damn songwriter in my books! email me when you land in belgrade tedorgligorich@gmail.com, was kidding.

And if you want to leave your email or social media links in this thread, like Tedor did, that's perfectly fine. Let's keep it here so it does not leak out into regular discussions.

For Alex: Rukmini - Meaning Of Rukmini, What Does Rukmini Mean?

Yes but one of you can never be too sure, have a watch:

I said my name is Sue! How do you do?

Please consider adding two links in a profile.... One for a company ref and the other for a networking ref like LinkedIn?

That would make the layout a little confusing. We could eventually do profiles, where people can fill out detailed information.

That said, for now, I recommend linking to your LinkedIn page which should include your current company.

Profiles would be nice. We could have profile photos so we know who we're talking to. Sounds like a lot of work though.

If we did have profiles, you could enable private messaging, although it would quickly be abused by spammers- even if you suspended their accounts immidiately, it would be worth it to kamikaze-spam the entire IPVM membership for $200 or whatever an individual membership is. Hrmph.

Profiles and photos would not take much work. It's more of a directional issue. Is IPVM a wannabe 'social network'?

On one hand, I'm a social network addict, so I like the idea. On the other hand, wen linkedin went more "social", it made te site useless for several months. I think they went social without really planning what new benefits the change would bring, so it just added complexity.

I like the existing IPVM format, but I'm generally a curmdgeon who resists change.

...you could enable private messaging, although it would quickly be abused by spammers- even if you suspended their accounts immidiately...

This is commonly addressed by initially imposing stringent limits upon frequency and number of messages one can send. Although on a free forum this can be circumvented, though not without effort, by creating as many accounts as necessary and even Rip Van Winkling (aging) the accounts as needed. However here with a steep upfront cost (worth every penny!) per member, such a strategy would not be feasible.

So I believe it is not hard to avoid shotgun spamming in a paid forum with such limiters in place. Nerf gun spamming, where by anytime you mention a product or need, various vendors just remind you of their line card, on the other hand could be harder to identify and not to mention equally annoying to the recpient. Though it could be dealt with the same way John deals with it in the open forum, i.e., "No soup for you!".

Eventually with enough 'time-served' and reputation earned such limitations could be relaxed, creating an upper-echelon caste, collectively known as, (wait for it), the VIPVM...

Even if we did it, it would have to be opt-in, i.e., people would have to agree to make their profiles be public. We have a who's who of well-known people in the industry as members, including large end users, many of whom do not want to be solicited (or for that member even known that they read IPVM).

I'm imagining a shadowy band of paid subscribers to your site all donning Guy Fawkes masks before they log in to check the latest IPVM updates.  :)  Pssst...  Rukmini?  Is that you? 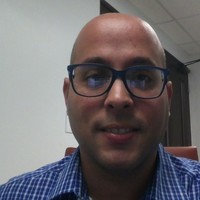 When is the next ip camera course or test for the certification program?

The next class will be offered in the fall, most likely October 2014. Thanks!

This is a response to Alex Kadir's question asking what type of auto-correct soft[ware] I use.

None. Auto-correct software is for the birds. It just can't keep up with me. I'm not trying to brag, but on my favorite keyboard, and on a good day, I can type at a rate of greater than 30 EPM, that's thirty errors every minute! No software can keep up.

That's why I'm moving to an all Hardware based solution, using an array of embedded ASIC's, surface-mounted onto a standard, interrupt driven PS/2 (NOT USB), keyboard microcontroller. Stops the errors at the source, before they enter the computer. Like they say "to err is human but to correct, inline."

If you meant what mangled the Marty post, nothing. I originally typed "incessant quipping" as a throwaway phrase without thinking, and after Marty feigned to be offended, I pretended to act as if auto-correct was the culprit, but I didn't think anyone seriously believed it. Sorry.

This is in response to Carl's question below. (In a different thread)

Interesting phraseology. I only know of one other person in this business who likes to use this phrase. Is this you?

Why I am probably not Todd Rockoff:

The ad hoc "ad hominem" argument is only weakly supported by the actual record.  It is true that Todd has used the phrase AH twice before, both times in the discussion that was to be his last, the infamous and bitterly contested, Disaster thread...

However he is hardly the only one on IPVM to use the phrase (counting only the last year). In order of frequency (with spelling variants parenthetically included) we have:

For the record, QED says "ad hominem" is correct. In any event it is clear that the phrase is in general usage in IPVM. Looking back it is easy to see why you might strongly associate Todd with the phrase, as he directly accused you, in that disastrous discussion, of using unfairly using personal AH type attacks against him.  In fact, a small chunk of the ending consisted of discussing just this contention. So one would assume, that this charged allegation levelled at you, left some impression upon you, and that when re-triggered by my innocent usage, caused your epiphany...

The first reason that I am probably not TR is: There is absolutely no chance I would have allowed something to go without comment, that was so ironic and hypocritical as Todd's using his own AH to protest your AH! As in "Bad Carl, isn't he is such a NameCaller?"

The second reason would be, note my incorrect hyphenated spelling vs. Todd's correct spelling.  Do you think he just happened to start incorrectly throwing in a hyphen all of a sudden? Or do you think that he is so smart that he intentionally added a hyphen, just so he could deny it right now?

You are not going back far enough with Todd. He has used the term (admittedly without the hyphen) numerous times, many of them directed at me. Perhaps not on IPVM but we have a loooooong history on LinkedIn - going back at least 5 or 6 years and continuing to this week. Check out discussions in the group CCTV Video Surveillance, IP Technology & Solutions:

The above are only the most recent in a long chain of skirmishes between Todd and me. And there is no questioning Todd's intelligence. He has a PhD in Computer Science. Unfortunately, like many of his compatriots, he has poor social skills and tends to rub just about everyone the wrong way.

By the way, my post here was in jest. Don't take it personally.

No worries, just a curious coincidence or two, and already forgotten, as long as you'll agree that the resemblance goes no further than: "he has poor social skills and tends to rub just about everyone the wrong way." ;)

No problem! That description often applies to me as well ;-)

Although Todd tends to take that to the extreme.

Not so fast and easy for you to say! a little hunch I found whispers in my ears that when a Scot say Ruk that he means Rock(off). and mini can be short squeezed down from Minerva, a dandy name for your wifes of the heartlands. but Watson, now this *Scot, has final question, to have rapid-fire answered back to me unthunk, is you father's name William or not? and are you not your father's son??

*i am to be portrayed by sherlock holmes in the end

Clever. You almost fooled me. But it was a bit too bold to be Holmes... Or more precisely, a byte too bold, as in the extra mistakenly bolded letter l in William. It was lementary, my dear, Tedor.

Perhaps next time see if Columbo is interested in portraying you...;)

Is there any truth to the posting?

[I'm not sure what you are really asking Carl, so I'll just take the question straight.]

I might object to the BS characterization, but the math is right on.

Anyone would do well to pick thru those ancient ruins of a uprising gone mysteriously silent, and relive the exuberance and joy of anarchy as short lived as it was. Reminds one of 'Lord of the Flies'.

But alas, as always I was too late to the ball, and although I posted twice with credentials, responding to numerous allegations and libelous slander, volleys were never returned, the repartee never acknowledged, and you can see yourself, those were among the last shouts heard to this day.