Focusing And Aiming An IP Camera

When you are setting up an IP surveillance system complete with an NVR, what method do you use to focus and aim the camera if the camera does not also have an analog output? I currently use one of two ways and would be interested in learning a better way.

1. I have a 250 foot CAT5e cable I will connect between the NVR and my computer. I use the computer at the camera site to see the image the camera is sending to the NVR.

2. Or, if available, I first set up an internet connection with the NVR. Then, I use my iPhone, or iPad with the proper app as a field monitor to focus and aim the camera.

How are you folks accomplishing this task?

I pack a cheap WiFi router that I can plug into my camera network to give access via laptop/netbook/tablet... I'll also use my smartphone to access the DVR via TeamViewer at times, although that can be slow. I also carry a PinPoint for those instances where WiFi isn't practical, or if there's just one or two cameras to adjust and the PinPoint is just quicker than pulling out the router setup.

One thing I'm finding is that more and more cameras have a "focus aid" function that helps significantly with manual focusing - Dahua, for example, calls it "Easy Focus": 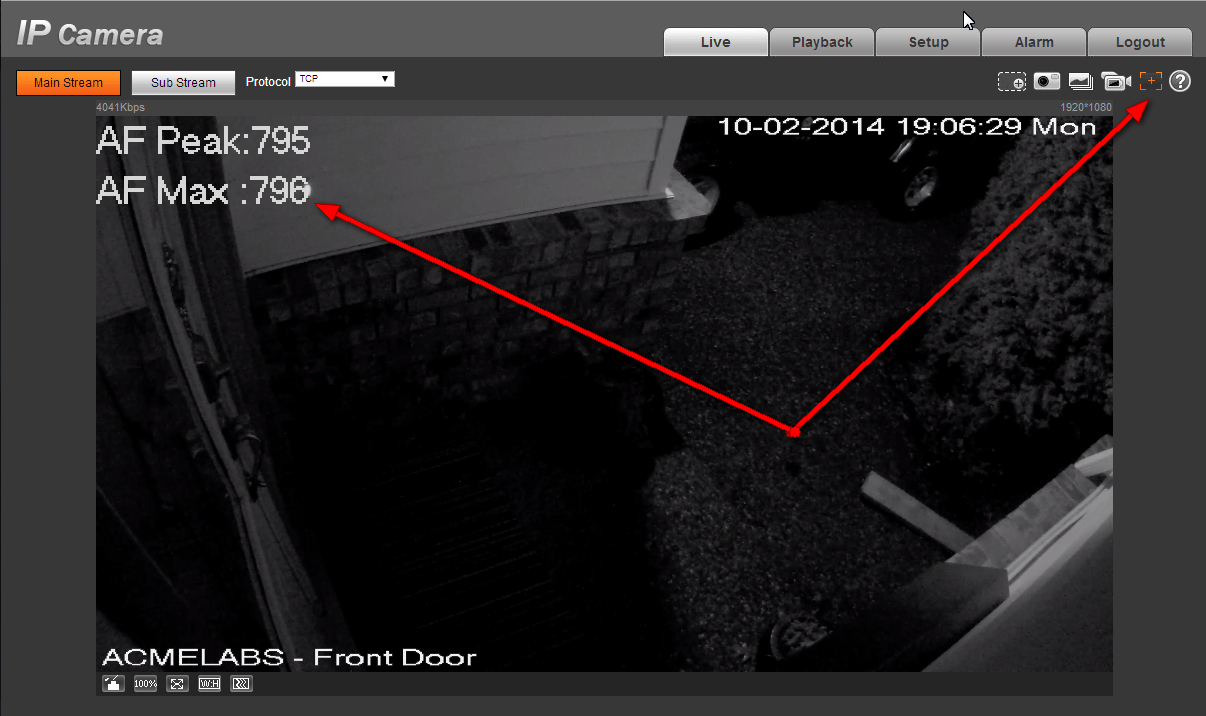 With this, I can pretty much do it all on my smartphone, as most times I really don't need to see the fine detail to focus, but just need to dial it for the highest numbers I can get.

I use injector and a laptop. Make sure my laptop on the same network as the camera and use browser to view the camera. That way I know that is where I want the camera before I run any wires, drill holes, etc to that exact location. Im also fairly new to cameras so the more experienced installer probably do it more efficient then I.

In the past I've set up a mini wifi network and used my laptop. Later the customer told me that had a WLAN that covered the entire building and gave me access with allowed me to also see the feed as it showed up on their NVR.

I've used my cell phone only to ensure FOV met customers needs, after focusing pulling the feed up on my phone to walk test and ensure I can be seen at the points of the picture the customer wants. The last time I did this they simply wanted visiblity on a wide angle, so detail was not as important.

In my previous job we used the method Jeff described with the pinpoint device. I second that you cannot focus a MP/HD camera properly with the analog output and that a lot of Techs cannot focus the cameras properly. Autofocus is your friend, it's a rare case where I had to tweak an autofocus camera.

I use a veracity pinpoint and a laptop. What I have found is that it is nearly impossible to focus a HD camera, especially 2 megapixel or over, with analog or web or mobile devices that do not support camera plugins. I am very critical, though, and highly recommend autofocus cameras. Finding an installer that can actually focus a HD camera properly is rare.