while designing fiber optic layout for IP CCTV; came across customer need to connect push button(NO or NC) signal on different fiber strand to operate remote traffic barrier unit in the premise. Anyone knows the type of device needed at both end of fibre(multimode) to meet the requirement?

What does the push button do? This RLH product (and similar 2/4 wire E&M converters) comes to mind, but they are about ~$300 USD for each card.

Knowing the purpose of the button, and what it triggers, may help arrive at a less expensive solution. 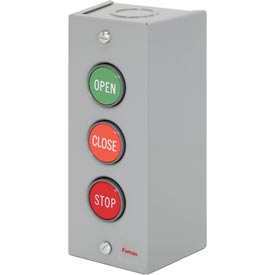 the purpose of push button will be opening and closing the traffic barrier unit.

When you say different fiber strand does that mean different from the IP video network? Of course many IP cams have dry relay switches on them, so if a camera is physically nearby the traffic barrier it could be used to signal. If your saying that this other strand terminates somewhere far from any camera, then if the fiber is carrying IP then you could put an IP relay device or even a cheap camera, just for the NO/NC contacts on it. You could use the vms to initiate the signal, with various input devices, or rule base it depending. Or what Brian says sounds good too, though I'm wondering if the RLH uses the whole strand of capacity just for the contact control? Like an optical wire?

Fiber input/output is going to cost you at least $300 USD per side, like Brian said. I've used Comnet for this in the past and it's worked very simply. You basically just plug it in. The other nice thing about this is that since it's using that fiber only for I/O, you don't have to worry about anything but the fiber and the transceiver failing. No network hiccups will impact it.

If you have Ethernet nearby, but no camera, I'd use something like the ADAM series I/O modules. You can set them up in peer to peer mode so actions on one trigger actions on the other. They'll be under $200 if I remember correctly, but require some programming, which the fiber I/O won't.

You could also do it with camera I/O if there's an IP camera out there but if you want a physical button at the near end you're going to need another device anyway to connect those pushbuttons to, and creating events through the VMS adds another layer of complexity (though it's not terribly hard) and possible failure point. 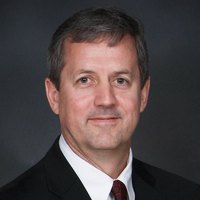 Thank you for the post Ethan. This is helpful!

The advantage to the Adams solution is the ability to control and monitor the outputs/inputs remotely, possibly by the VMS or ACS systems. They are easy to configure.