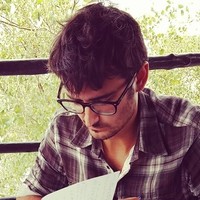 This is a wild story from Russia.

In theory, access to this system should be limited and “strictly regulated” - according to information from the official websites of the Moscow administration, only policemen and some officials have full permanent access, workers from the housing and communal services and education spheres have limited access.

As MBK Media found out, access to Moscow city cameras can be bought on the black market - on forums and chats where illegal data is traded and money-making schemes for petty fraud are sold. Many of these forums are not blocked by Roskomnadzor [Russia's internet regulator] and are indexed by popular search engines.

A journalist even paid to upload a photo of his face and find matches. The system returned 238 hits of people, none of which were him.

As a result of the search, the system issued a file with 238 photographs of people looking like our correspondent (not just men) - with a list of addresses and the time when these people came into the view of the cameras.

MBK Media is a media organization funded by the exiled Putin critic Mikhail Khodorkovsky. This news was summarized by The Moscow Times, an English media outlet in Russia.

MBK Media published a video about their story, which is only available in Russian: