Does anyone have experience with EnGenius point to point/bridge wireless equipment? It seems to be very inexpensive but does it work well over the long term in weather?

I have not tested EnGenius for point to point as we have been very happy with Ubiquiti for point to point bridges -- we use the nanostation for 100mb/s connections -- they have been very reliable as we put them up on poles for muni and police projects. One of my clients uses Engenius to cover several floors of an indoor gym and they are happy with its coverage and speed for the price. 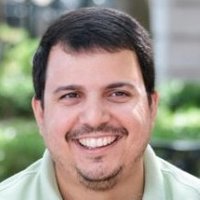 01/21/14 11:50am
Stay away from EnGenius. We used to use them 6 years ago. They where very unreliable. Eventually, we had to replace them all. Unless their product has improved in the last 5 years, I wouldn't use them. If you want affordable wireless use Ubiquiti.
Reply 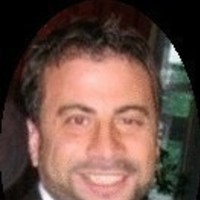 Hi Jose, good to see you hear on IPVM. Let get that Demo going :) Cheers!

Junk. Junk. Junk.... based on experiance. When we tried them several years ago their 802.11G "turbo" was not stable with encryption turned on and their tech support recommended turning off encryption for better reliability.

01/21/14 02:30pm
Thanks for the comments. There have been references to several years ago. Any other thoughts on their more recent product offering?
Reply

I program Engenius equipment for use out in the field almost weekly. Being in a rural community, we cant keep the product in stock, and have never had any issues. We also have indoor APs in our office, also never any issues. I worked for a provicial wide WISP for 6 years in the past, they used Engenius as well for low level PtP links, and even back then we never had a "reliability" issue. Configure them properly, on a clean channel, and there shouldnt be any issues. My only complaint is that the auto channel option isnt that great, but I have that issue on many other wifi devices other than Engenius.

It should be noted that I have not used Ubiquiti equipment as I get much cheaper pricing on Engenius and my comments below are of my own and not meant to insult anyone.

I think it would be great of John and his team could maybe test an Engenius side by side with something from Ubiquiti, mounted in the same locations, running on the same channels and see how they compare to each other throughput wise and packet loss.

For sake of argument with the previous posts, take an Ubiquiti radio and put it on a completely flooded channel, and take an Engenius radio and put it on a completely clean channel. Bet you will see that the Ubiquiti radios now become unreliable. Id be much more curious to know what exactly was unreliable from the previous posters and how they determined it was an Engenius issue rather than an environment, configuration or installation issue?

Its wifi, channels and power levels are all regulated. If you take 2 radios with the same specs, they should perform the same, regardless of the brand.

FYI, In 8 years (6 at WISP, 2 in Security), I could count with only a single hand how many Engenius radios I have had fail that wasnt related to installation or configuration error. And this is in a region where summers get +30c with thunderstorms and tornados in the summer, and down to -40c with blizzards in the winter.

"Id be much more curious to know what exactly was unreliable from the previous posters and how they determined it was an Engenius issue rather than an environment, configuration or installation issue?"

The Engenius tech support person confirmed the configuration was good by remotely accessing the bridges. He confirmed encryption caused stability issues in the bridges and this was a known problem.

Fair enough Luis, in that case I stand corrected.

We and by extension our solutions are the sum of our experiances. Maybe it was a bad particular model. Maybe if other Engenius models had performed better and we'd gotten hold of one bad Ubiquiti model our views would be different. At the time though Engenius did not have any 802.11n solutions, hence trying to use the 802.11G "turbo". Actually not to many manufacturers had, despite 802.11n having penetrated the consumer market much earlier. (Yes, at the time, 802.11N had been ratified for over a year.) Ubiquiti was one of the forerunners in that respect.

I completely understand and agree with you.

Had I gotten a bad Engenius radio when I first started using them, absolutely I would be on your side right now probably recommending a different product.

Sometimes its the luck of the draw. Ive been using the equipment for a long time however, without any troubles so its very hard for me to make a decision to switch to something more expensive thats all.

Does Engenius have any central monitoring/configuration software like UBNT does?

Is that what you're looking for? I've never personally used it though, just aware of it.

In the last Engenius webinar I attended in December, they are working on making their products cloud based as well, so reconfiguration and statuses can be obtained remotely without port forwarding or any special setups. I dont have a whole lot of information on this though, just that its being worked on.

I cannot comment on how any of this compares to Ubiquiti though.

I'm not sure it is fair to say stay away from Engenious based on and experience from 6 years ago. Our integrators have deplolyed a fair bit of Engenious and had good experiece and we have found their tech support to be very good. Let's not forget these are $100 radios. We look to these as a solution for small point to point and point to multipoint projects to avoid trenching cost or when trenching isn't possible. We wouldn't specify them for large scale wireless installations.

Thanks to all for their input!