Rent Surveillance For An Event?

I was just asked recently to propose a camera system for an outdoor event. The town was requiring it as a condition of the permit. They want to rent and not buy, but are willing to sign a contract for the next 3 years. So I am wondering if anyone else on the site does this. A quick check on the web proved to be un-helpful. If any one does rent do you have any suggestions or advice? What about equipment choices? Any input would be great. I had the idea of using 128gb cards in IR cameras to avoid a dedicated recording device but that’s only if they don’t want to view during the event and the record time would be short but long enough for the event.

However, if they are willing to sign a contract for 3 years (fairly long), I think that's viable. It's basically a 3 year lease to own, except theoretically you can take the equipment back at the termination and resell it or use it for spares, etc.

I think recording on board is worth considering though most cameras only support 32GB or 64GB cards today. Even if they want to watch live during the event, on board recording really makes things simpler because you don't need to worry about connections to NVRs dropping and setting up that piece of equipment, etc.

If it's an outdoor event, how big? Is it just one camera or multiple? PTZs probably if someone is going to be watching during the event, HD fixed otherwise, etc.

The event I was asked to cover was a party tent. They wanted only to record the street approaches and entry. The longest view was 150ft. but you had to pass right in front of the cameras at some point. They only used 2 cameras this year but want 3 next year. Maybe more.

I was thinking the following to make it viable but I haven’t worked it all out yet. I figure the more input the better.

Of course this all depends on cost.

These towers are becoming quite common for <outdoor> event surveillance: 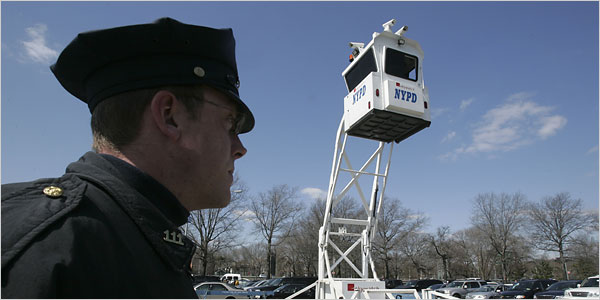 Ok, now you are starting to ask for a lot, lol!

I ran across Reconyx on the internet but don't have any experience with them. Look like fancy portable deer hunter cams but they appear to be cost effective. They have a model with cellular transmission that looks interesting.

There are a few companies, like Cameras On Site, that have made a decent business in that market.

Brian that looks like the ticket! Too bad its cost is probably too high but it looks awsome.

Where are you located? I know a few guys who do systems like that, maybe I know someone in your area. FWIW, we do a fair amount of "quick deploy" systems of that nature, since we have up to 750GB in our cameras. Granted *most* of our deployments are about the analytics, but small site/rapid deployment stuff like this is a fairly decent market for us as well.

I came across this today. Maybe someone in your area offers a service like this. I don't see any camera specs on it though. Maybe you can attach anything you want? 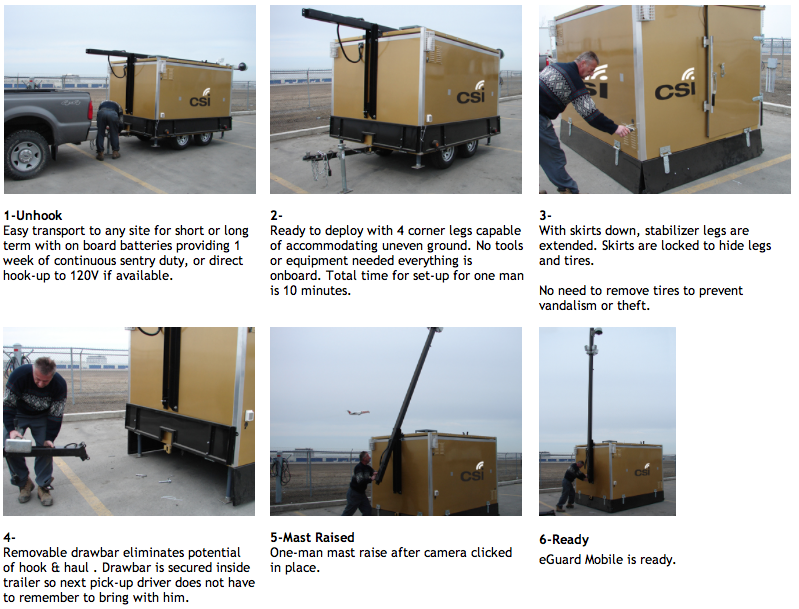