End Of Life And NDAA Compliance

Are there best practices for handling EoL for security cameras?

Currently have Vivotek cameras that have all hit EoL.All the cameras on Vivotek's NDAA compliance list are the most up-to-date models.After speaking with Vivotek's Sales Reps and Tech Support, they confirmed that none of the previous models are NDAA compliant.They also confirmed that Vivotek has never used any Chinese parts that would cause them to be blacklisted.

If Vivotek has never used these banned parts, what would be the reason to only include the most up to date models in their NDAA compliance list?Does EoL factor into NDAA compliance or is this just a great opportunity for Vivotek to force camera upgrades on those wanting to be NDAA compliant?

Any and all input on these topics is appreciated.Thank you in advance for taking time to read my post. 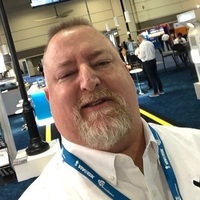