DSC, a Tyco brand, is now available to buy at ADI: 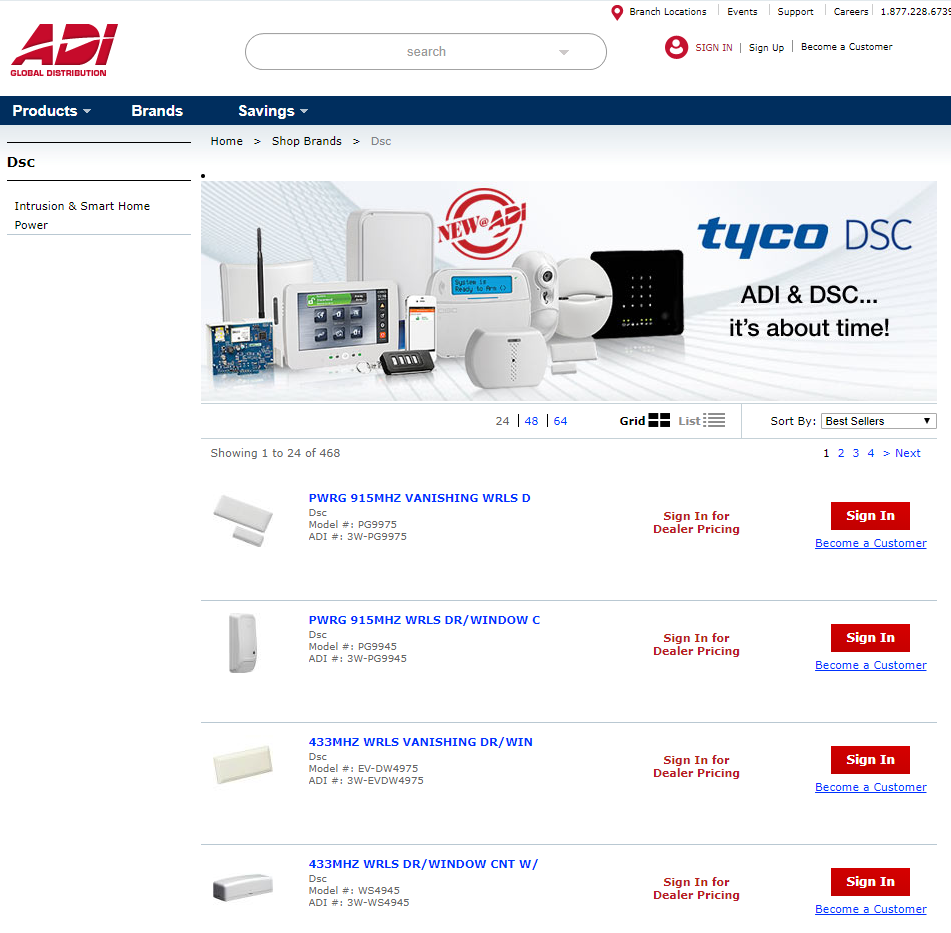 This is somewhat interesting, because ADI (Ademco Distribution Inc.) was owned by Honeywell generally opposed to doing anything to help potential competitors (ie: Tyco/DSC) do business.

Since ADI's spinout (covered in: ADI To Be Spun Out of Honeywell), those barriers have been weakened.

It isn't a bad move for Resideo to carry DSC now. There's rather large segment of potential installers who may open ADI accounts now, where they previously did not.

What do you think of the move?

ADI limited themselves by pushing Honeywell intrusion and fire products to the exclusion of other brands. Now that there is daylight between ADI and Honeywell, they can offer multiple brands, allowing them to appeal to a wider audience. Hopefully, this will allow them to increase revenue, revenue that they can then use to build a website that wasn't designed by drunken toddlers.

Seriously, ADI's website is so bad I'd rather use a catalog.

I don't know man, I keep hearing from ADI how great their new website is, from ADI: 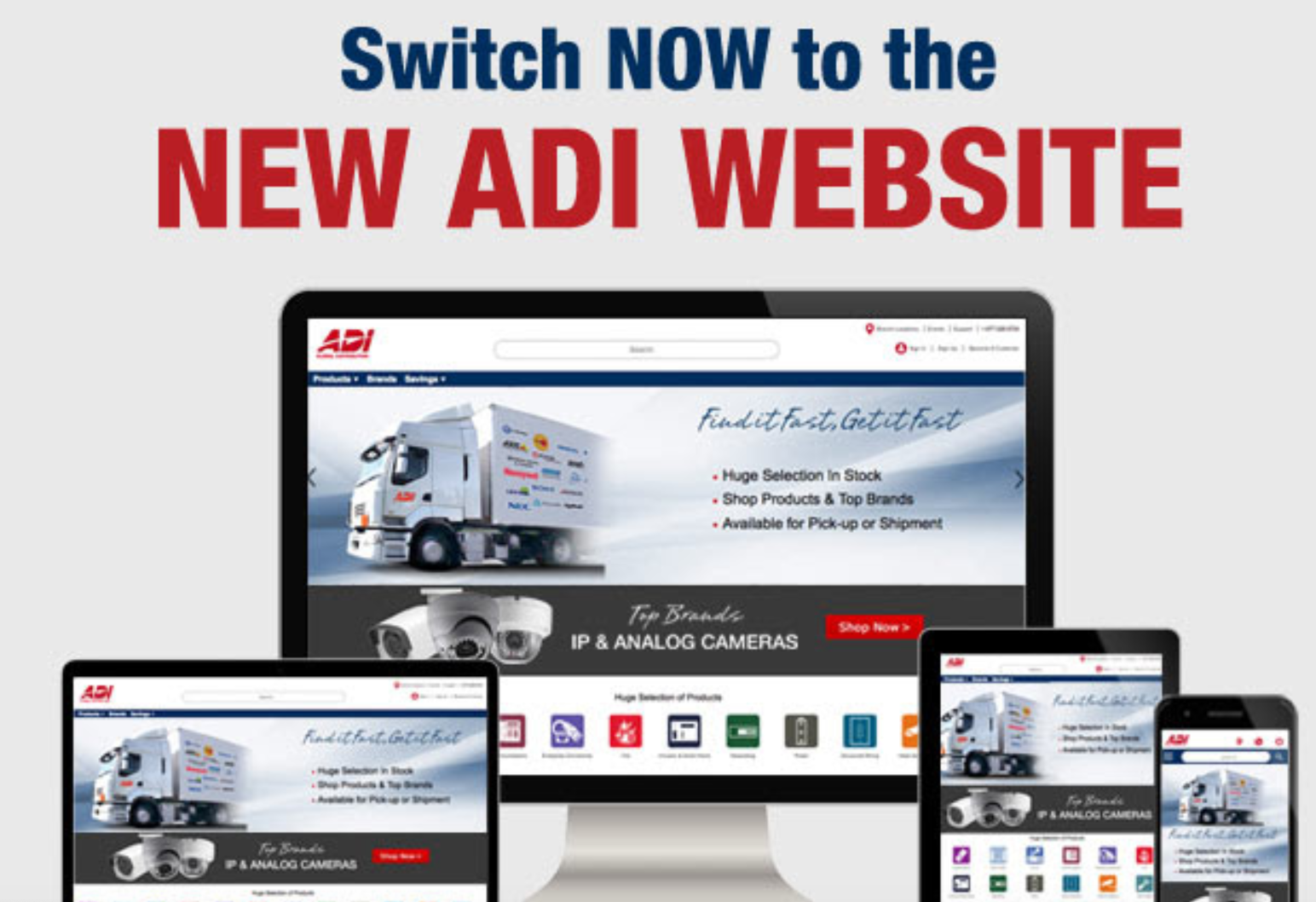 In all seriousness, does anyone have any feedback if the new ADI website is significantly better?

This is one of the worst websites ever. Sure it is easier on the eyes but it doesn't really function that well. Argggg

Same can be said for the new Scansource website.

The new ADI website is sooo slow. It took them 2 months to convert our project account from the old site to the new one. Also, I can’t see as many branches particular stock of a certain item. Can’t do a nationwide search yet.

There’s lot of DSC folks out there (not us) so this prolly puts more pressure on Anixter and the other regional distributors. Can’t hurt. Plus ADI added 2GiG last year so lots of intrusion brands at ADI now.

You might get sick trying to read the text on the rotating banner. The timing is under 3 seconds. I guess they at least caught up and made the new site responsive, but I'll pass on rotating banners. When they are trying to get you to read them, they generally just making end users mad, especially when they rotate faster then you can read and interpret the text.

Yes, Amazon can get away with it (at least their banner is around 5 seconds), but ADI isn't Amazon and I give Amazon a pass because they do many other things well, such as website speed. It would seem that the speed issue with ADI's new website occurs when trying to call their back-end product database. The page loads fine, and then you wait for products to load. The old website is much faster in displaying products. I would think they would optimize for this as something new is presumed to generally be better. However, I realize that some new products are just a cheaper way to make the old product.

DSC is great until you start trying to push more than one wire under a terminal.

I dont have much experience with the ADI site. I do remember looking for a camera at some point and I felt like the filters we horrible. I could not filter by resolution, lens size/vari focal, etc. I just did a quick look no and it seems like all the factors I would use to filter are there.

Jay, I may be looking in a different place but when one expands those camera filters, the options are super confusing. For example, here is an example of resolution and focal length, that just gives numerous random checkboxes rather than a range selector: 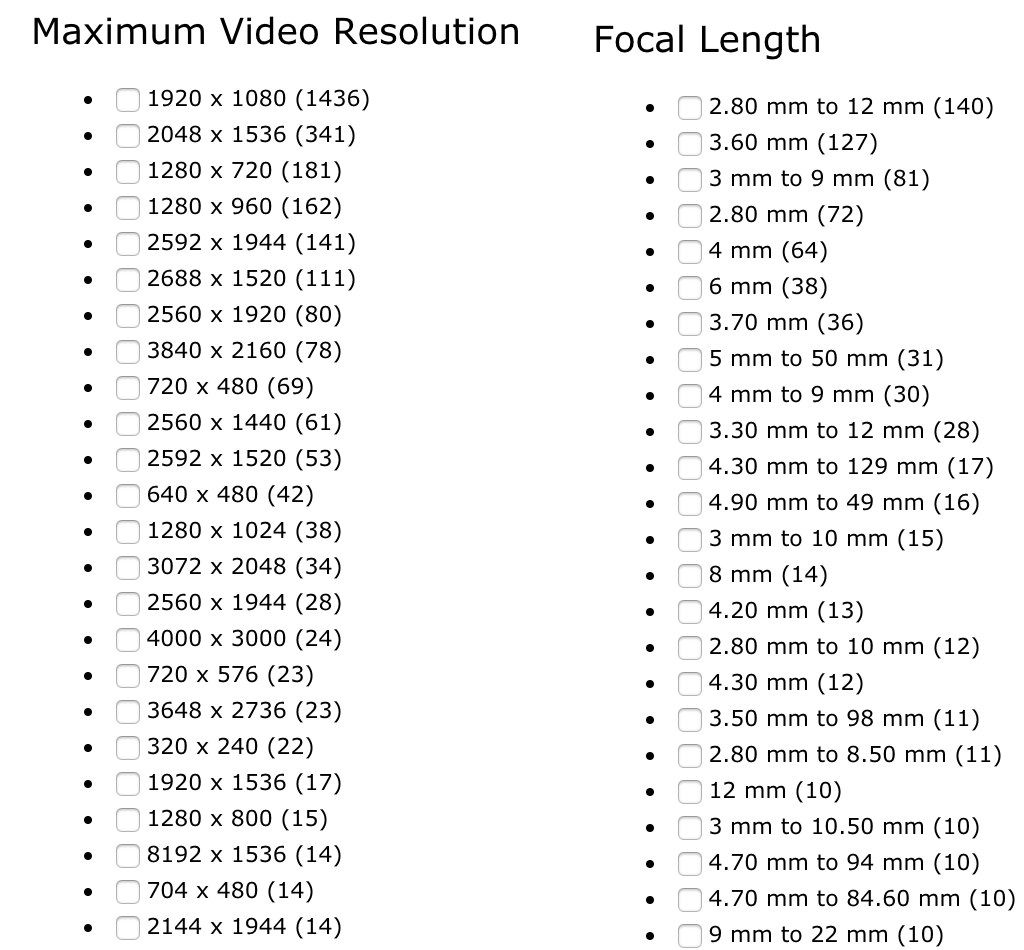 And then there are the product subcategories which ADI has turned in to a money making opportunity adding in specific subcategories for a handful of manufacturers: 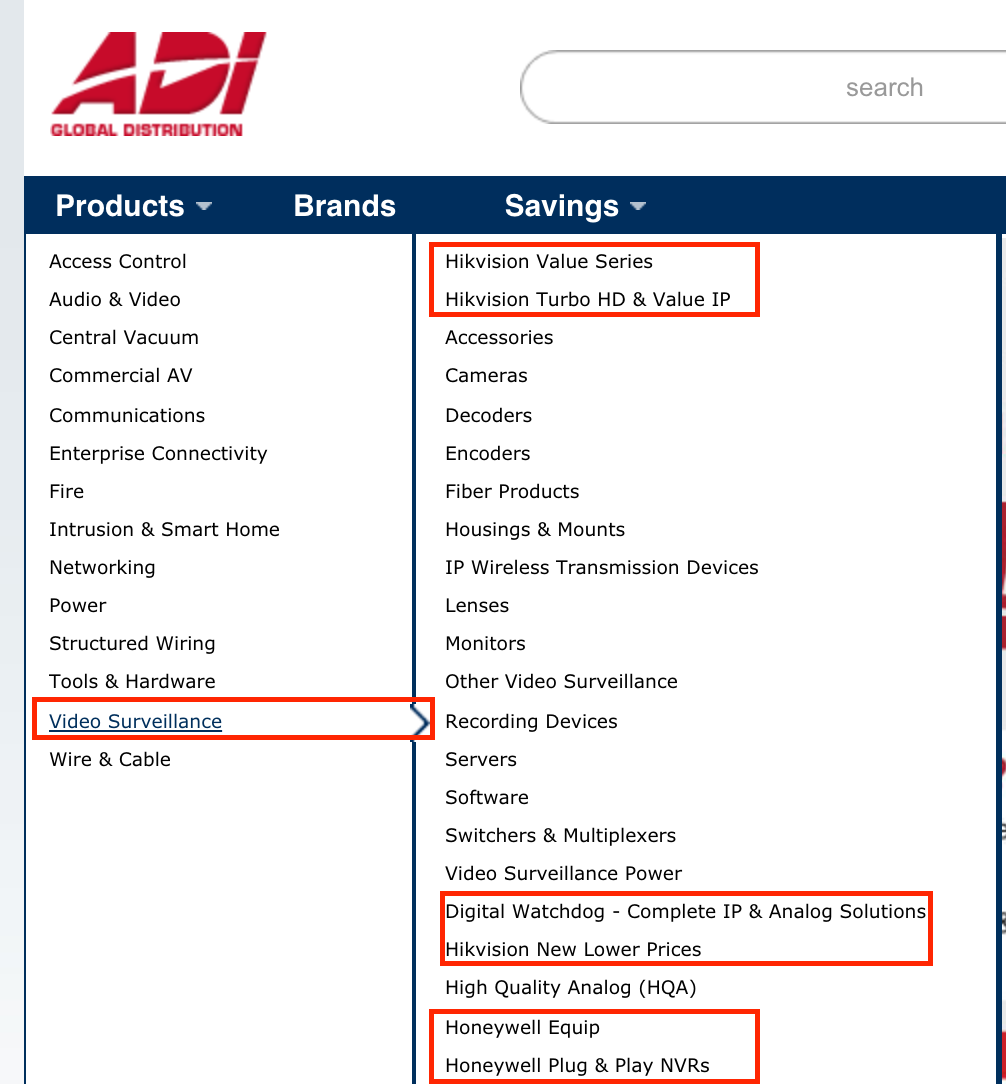 Tri-Ed (now Anixter) must not be too happy losing exclusive distribution for DSC products in Canada to ADI.

As for ADI web site. I agree: It’s horrible