I have heard this logic from time to time. Cameras are getting so cheap (analog, even IP / Chinese / Asian, etc.), if you have a problem with one, don't even bother fixing it, just replace with a new one.

Obviously, life is not always that simple, sometimes there are other things causing a camera not to work, etc.

But with $50 or $100 cameras, they become almost disposable, especially compared to the labor cost involved in troubleshooting / repairing / etc.

I've seen camera repair bills come back costing more than a cheap replacement. Others have come back with minimal repairs. So I voted maybe sometimes.

We use mostly high end csmeras videoiq, flexdome and outdoor hd ptz cameras. All in outdoor environment. We also include maintenance in our monthly fees. Biggest pain is returning product/warranty. Thankfully not a frequent occurrence. However still early on in the life cycle for most of our sites. Has anyone done a study on camera maintenance?

How is rarely different from almost never? Is there a typo in this? Is this a trick question?

You're right. Thanks. I fixed it.

We recently have gone to this option. Before it was always try and fix what we have already to cut the cost of having to put in a new P.O. for a new camera where we already had a P.A. setup to pay for these to be fixed. Recently we have been just buying new cameras one because they were older and needed to be replaced two because the cost alone just to get someone to come look at the camera was $100 and that's before they even touched it. So, between those two options we went to newer ones. I know that my company comes from a different side where sometimes if being pushed we can get what we want.

As others have noted, it's very much dependent on what's wrong, and the overal value of the camera.

Really though, I think the root of thse factors lies simply in the availability of parts. I've fixed a number of higher-end PTZs in the field, made possible only because the parts were readily obtainable. One of the Pelco Spectra lines (III?) was notorious for frying their power boards... however, it's a module that could be easily obtained and swapped in by even a semi-qualified service technician, in the field, without even having to remove the camera housing from its location.

More and more cameras, though, are pretty much homogenous units, and even IF you can determine and remove the dead component, good luck actually getting a replacement part, unless you have other dead cameras of the same model for "transplant donors".

And too, sometimes when one part fails, others aren't far behind, and repairing a camera will bring it back only temporarily - it becomes cheaper in the long run to simply replace it, than to keep coming back to fix it.

Just like all other technological devices used in the market place nowadays, the lifespan has reduced substantially. A 'throw away society' is a result of lower prices for cheaper made equipment and the cost of labour alone to repair a faulty device. Under most conditions with a faulty camera out of manufacturer warranty i believe it is not cost effective to repair it, also considering a replacement camera will most likely be of better quality and improved performance at a less expensive cost than the original.

I would say that I take the same approach I would with a Printer. It is not worth the time to try and fix.

Determine what value is in the camera , if problematic always more cost effective to remove , replace

Digital ( mpxl ) Needs a little more thought and determination to see if the trade off is there .

What cost is the service to you , your co. and how easy to return to site or camera and rework the camera .

Swaptronics is a good approach 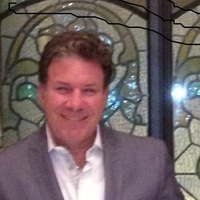 Renova Technology repairs high end commercial security cameras representing most manufacturers We repair for the largest integrators. No bench fees, fixed repair fee per camera, no charge if we cannot repair, 10 day lead time, 90 day warranty. Our prices are approximately 1/2 of what the OEM's charge and are about 20%-25% of replacement cost. As our average repair prices is $230-$500 you can imagine the replacement cost of the camera and the type we repair. email me if you need a repair price list. jpine@renovatechnology.com