Jemez Technology? Any Experience Or Recommendations?

Their website has very limited details about Jemez Technology.

I tried to call the phone number but it goes to a personal mobile voicemail.

Does anyone have any experience with this technology?

I know they are a Microsoft GSOC partner and I have heard about them through their connections to that, but that's it.

I got to be hands-on with this technology in 2010 in a demo suite at the annual ASIS conference. The Jemez Technology folks had a partnership with a VMS manufacturer (not a mainstream company) and Verizon, and so we got to use the VMS company's field demo cameras live with the Jemez analytics and it worked very well (i.e. what we expected to see is what happened).

The surprising element to me was that the analytics worked at 320x240 resolution, which is something that has been commented on elsewhere on IPVM—the fact that most analytics work with low resolution images, not megapixel images. The assertion was that you could feasibily do analytics in the cloud—because low resolution/low frame rate video worked well. After all, that is the video on which most of the analytic algorithms were developed, before the advent of megapixel cameras.

I spent about 2 hours altogether with a technology briefing, discussions, and about 20 minutes hands on playing with the cameras an analytics, and checking out the VMS.

I did not have any further contact with them.

I hate to drag up the past but does any one active on IPVM have any information or working history with Jemez?  It is being proposed as a solution for one of our locations but I have never heard good or bad about them and the site here doesn't have much.

Reach out to Daniel Forrest at Eyeforce.net, I think he can help you out.

We used them for a project about two years ago. A Jemez software module ran on Axis thermal cameras, and directed PTZs to the appropriate points to capture intruders. We got good support during setup and it worked very well. Unfortunately, the customer stopped using it and decided to manage their PTZs differently, so we didn't get to see it work long term.

Seems that Jemez is still around and doing business. I see that the discussion started in 2013 and then again in early 2019. Jemez have a nice website but not a lot of information.

#2, there are so many video analytic companies now, including dozens of new startups in the past few years that it is hard for most to stand out. Related Directory Of 148 Video Analytics Suppliers

Yes, my company has worked very closely with Jemez over the past few months. We have been impressed with their performance in side-by-side testing with other analytical engines.

I believe they have raised a significant amount of money via PE (>$5M, <$10M) within the last year and have made a couple of significant (good) hires to push commercialization/sales. They were recently selected an Axis ACAP vendor of the year but, you know, awards and all! They have been very active promoting a Calipsa-like solution with Sureview. Unfortunately no personal experience with the various products, first or second hand. I was hoping to catch them in one of the IPVM showcases to no avail... 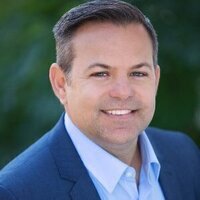 Hi Everyone! Yes, we are still around and experiencing tremendous growth. However, that’s no excuse for not paying better attention to this board or getting involved with the online shows.

For years we have been Axis Development Partner (Partner of the Year - multiple years) with a major focus on edge video analytics for perimeter security of critical infrastructure. More recently we have grown our portfolio to include an AI product (Verify) in a partnership with Sureview/Immix to significantly reduce false alarms in Central Monitoring Stations.

We also changed our name (just this week) from Jemez Technology to EVOLON www.evolontech.com. Hopefully, it will be easier to pronounce and better represent how we are evolving as a company.

Let me know if I can answer any questions for you or direct you to a customer for reference.

They are a very good company to work with for complex situational and tracking issues.

They literally are "Rocket Scientists"