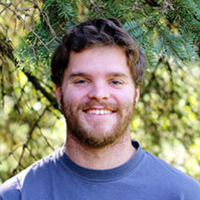 I still use analog cameras for some customers and recently experienced something I haven't experienced before. I got a call that one of the cameras wasn't working at one of my client's locations. The location is about 4 years old. The cameras are powered by AC24V Altronix power supply. There are 6 Nuvico IR Easyview domes with an older Nuvico DVR. The camera that went out had been displaying only black and white and had stopped displaying color images before finally not showing any video. I went to check the power supply and all connections. Everything checked out so I changed the camera. I turned off the power supply and changed the camera. When I powered the supply back on, only 2 out of 6 cameras came back on. The new one was one of the 2 that came back on. I messed with the power supply and a third camera came on.

Today, I changed the three cameras that weren't working and installed a different power supply and UPS. When I powered everything back on, the third camera that had come back on by luck, didn't come back on and is now bad as well.

The same setup is in another store across from this one owned by the same person with pretty much the same setup but has not had any issues like this. The stores are both in a mall. The 2nd store cameras do not have IR and were existing from the previous tenant and were simply repositioned to keep costs down.

The cameras are receiving power inside the dome, but do not output video. The cameras are supposed to be dual voltage but the original cameras that were working would only work on 24VAC and no longer powered via a 12VDC supply. The newer camera powered up with 24VAC and 12VDC.

Do you have a hotspot installation/focusing display that connects directly to the camera? When you write [the cameras] do not output video, is this confirmed or is it just not showing a video feed in the DVR?

It helps to 'divide & conquer' troubleshooting issues like these. Rule out segments of the system at a time: cameras, cables, power, DVRs, etc.

Looking forward to your response.

*OFF-TOPIC*
I do have a hotspot installation display. However, I have just ordered new batteries for it. I bought it a while ago from Speco (before I moved on) and since I overpaid for it, I have kept it alive ever since. The internal battery was too large for it and would automatically press the front buttons. I took the battery out of it, took the button overlay out of it, and attached a rechargeable lithium-ion battery to the back of it. I lost the charger for it and couldn't find the same replacement without buying it with the battery. It will be back online soon and will not need an extension cord to work.
*OFF-TOPIC*

I first tested the power supply, which was reading about 27VAC. I recall this to be the same voltage originally measured at the initial install. The cameras have worked for 4 years.

I then tested the video cables to make sure they were in working order.

I tested the fuses and everything checked out. I also swapped power leads to different terminals and the working cameras functioned on every power supply output.

NOTE: I also took down each non-working camera and tested locally at the recorder/power supply location to eliminate the cable altogether.

The new replacement camera would power up with a 12VDC 1A power adapter. The working and non-working original cameras would not power on with the same power adapter. They were indeed dual voltage cameras so I though this was strange.

All the replacement cameras worked fine without issue when replaced on the same original cable.

*OFF-TOPIC*
When focusing cameras, I generally use my laptop on a ladder via WiFi on the LAN and view the original resolution. I also use the welding glass over the lens to engage the IR cut filter and open the iris. I have found this works fairly well. I go back and forth to achieve the optimum focus.
*OFF-TOPIC*

What I am really looking for is possibly what could have gone wrong from an electronics point of view inside the camera itself. When measuring the video output with the meter, there was no voltage output like there is with a working camera. It just blows my mind that it went from one non-functioning camera to five. Now I can say the front door camera did need to be power cycled because the camera went to an all-white state. When reset, it went back to normal and hasn't had any other problems. This was about a month ago when I was there to take care of the POS system.