'Decoupling' - China, The US, Basketball And Surveillance

Even a week ago, if you told me that basketball would have anything to do with 'Communism' or related to the physical market, I would have told you that you were crazy.

But just an hour ago, The Athletic sent out this newsletter:

I thought it was the WSJ for a second. And yesterday, as I mentioned in our Hikua sanctions comments, the Editor of Chief of the Communist Party tabloid China Daily had this to declare about, of all things, basketball: 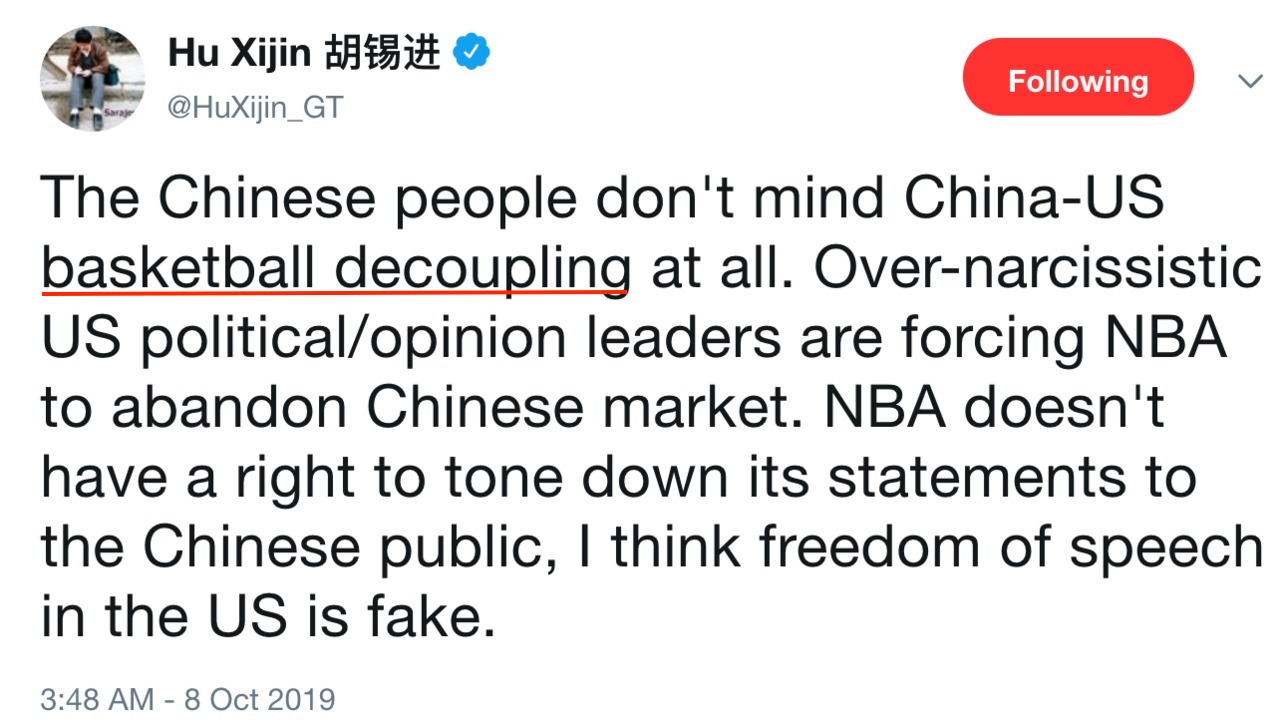 In the same week, we had the US sanction Dahua and Hikvision, China / US relations deteriorated over an NBA GM tweet. And, oh, a South Park episode that also became the center of international debate with South Park being banned in China and the South Park creators mocking China on Twitter:

I tend to agree with the assessment of Hu Xijin above about 'decoupling' not just for basketball but for the security industry and technology more broadly.

This may be a watershed week - a tipping point - in China and the US decoupling from each other. But to guess that basketball, a cartoon, and video surveillance companies would be such key parts of this is a bit hard to believe.