I have a client that is demanding “Class A” CCTV wiring in his RFP. I know about Class A wiring in fire alarms, but I’m not familiar with this in CCTV systems. Is this something new?

I would ask the client what they mean by this. I'm thinking this may be something they added to try and get a more professional installer, or maybe a poor copy & paste from their fire system RFP, lol 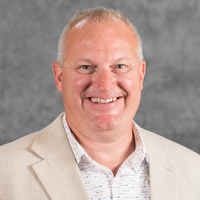 I have never heard of this before. Are you sure it is not just someone putting something in the RFP that they don't know anything about? How about you out a splitter right at the camera and run two cables back to two different recording servers.

John, there is a little more to installing Class A fire detection and notification loops than just the feed and return to allow alarm or notification in the event of a single break in the wiring. That is only the technology part and actually there are varients of the loop features such as the operation in the event of a single or multiple ground fault. Depending on the requirements the cables would be in conduit and separated through different paths back.

For those wanting an explanation of "Class A" vs "B" in fire:

Demand that he pre-installs Class A Holes in the walls for the cabling...