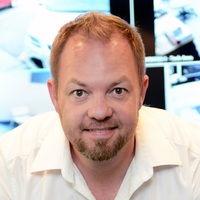 We currently install alarms, access control systems, and video surveillance and would like to be able to offer our clients the ability to:

We install Alarm.com and C24 for residential and small business. Looking for a commercial solution.

Any products you recommend or should stay away from? Any suggestions are appreciated.

We also covered HW's Lynx Touch 5100 panel, that is the entire alarm system in one device and also includes a Z-Wave controller.

Z-Wave is one of a few different network protocols that allow users to control thermostats, locks, and lights wirelessly/remotely. In general, both the device (ie: thermostat) and controller need 'Z-Wave' functionality, but there is a growing market for those products. For more details on Z-Wave, check this update.

A competing automation network standard named 'Zigbee' has recently been criticised as vulnerable to household interference on certain channels. For large systems, this may be a factor.

Like Brian mentioned, I know one building owner that uses the Tuxedo Touch with Z-Wave thermostats to control environmentals. There's no reasons they couldn't do some lighting control, as well, aside from the fact that they haven't gotten around to changing all the switches. It works well, from what I see, but it's not a big place.

For larger commercial environments, you'll need to invest in systems like Crestron or AMX, but they won't make most of the actual lighting controls themselves, instead integrating to third party stuff (aside from some switches) and they won't come cheap. But, they'll do absolutely everything you want them to do. Becoming a dealer won't be easy, either, for either of them, unless you already have an A/V department.

You likely need to control things at a circuit breaker level, as many offices don't have light switches for the common areas. I also liked these systems for doing cool things like shutting down audio/visual components, setting back thermostats, and turning off the lights when the system is armed. It can also turn them back on should it go into alarm. That's where integration gets fun!

Oh, I stand corrected. Crestron has far more lighting control products than when I worked for a dealer.

For lighting only, you can look at Lutron. Commercial applications will use Quantum, residential will be Home Works. Lutron is a good choice because they specialize in lighting and other control systems will likely integrate directly with them. They are also a sound investment since Lutron is so strong in lighting.

Are these systems you are recommending comparable to Johnson Controls and Siemens?