Who Is This Manufacturer? Blue Mango 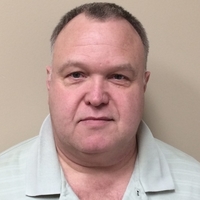 Has anyone used these cameras and what results have you had with these?

I have never heard of Blue Mango nor can I find that much on the Internet about them (one promotion in SSI and one promotional comment on LinkedIn, that's it).

They seem to be a new / small company promoting / OEMing HD SDI DVRs. I doubt there's any real technology there beyond whatever they can source from Asia / re-sell in the US.

Is there some specific thing of interest you found or heard about this company?

I am looking at a bid spec that specifies these recorders and cameras, never heard of them and was very surprised that they had already made it into a bid spec.

Needless to say I will probably pass on this opportunity, a regional health department that wants to integrate with their access system (WinDsx) and existing Blue Mango DVR.

Who is the consultant behind this one? :) smh

Then I'd love to hear the sales pitch that got Blue Mango in there in the first place. I never understand why real end users buy no-name, non differentiated stuff. It always leads problems in the future for support, expansion, etc.

I was in on the original project - there were no specs execpt that they wanted a camera here and there ect .. that had the capability to in the future to integrate into what ever access system that was selected for the same project - there were only 4 bidders - 3 of us were priced about the same for the project (between 28 to $30k) one of them (the "winner") was less than $18K - I guess the Blue Mango is what they used.

Image did not load. Even so, reviews where? Is this a joke or?

Well my mother always told me if a mango was blue stay w away from it.

It reminds me of an argument I had with a "manufacturer" years ago about cameras. The company was Sperry West and their claim to fame was their "Spyder Blue" cameras - among the ugliest I've ever seen:

It contains a cheap board camera with a fixed focus lens. And for those of you who claim real cameras don't have LEDs on the front: