Bloomberg has a new report on removing Dahua and Hikvision cameras talking about the problems in removing them: 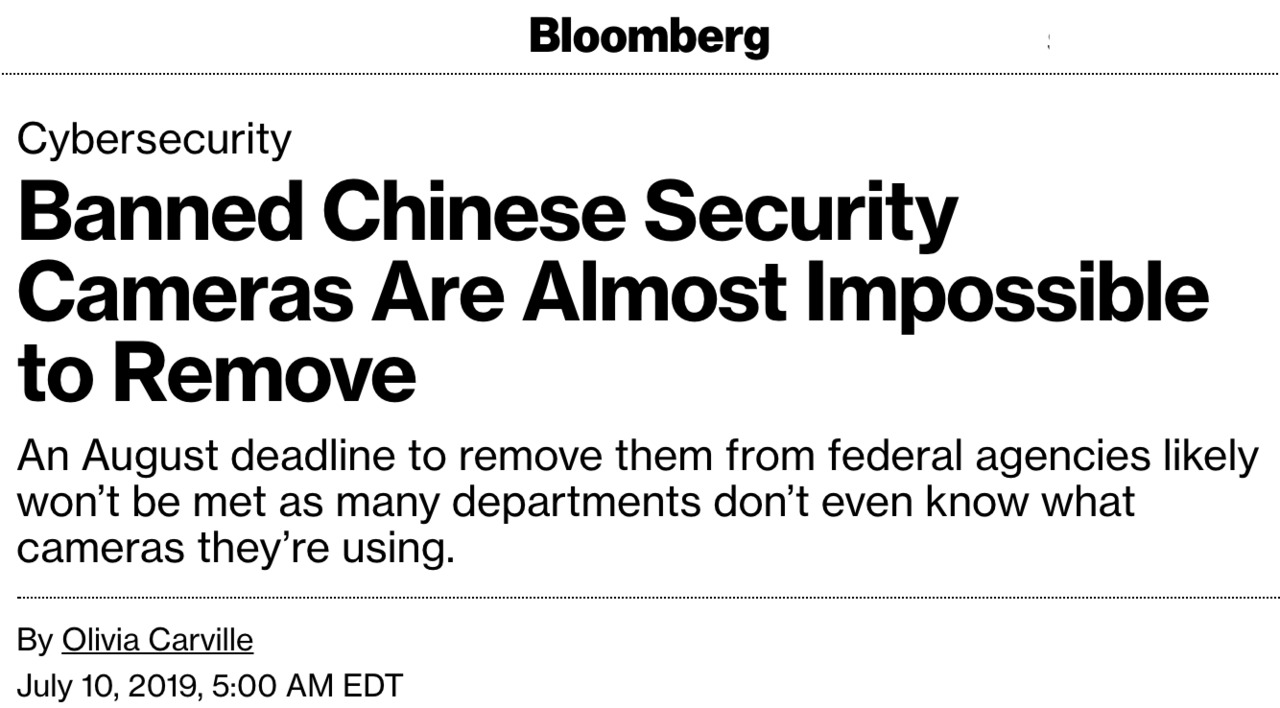 The most noteworthy new element not reported elsewhere is a software service that detects what is deployed in networks:

Despite the looming deadline to satisfy the NDAA, at least 1,700 Hikvision and Dahua cameras are still operating in places where they’ve been banned, according to San Jose, California-based Forescout Technologies, which has been hired by some federal agencies to determine what systems are running on their networks. The actual number is likely much higher, said Katherine Gronberg, vice president of government affairs at Forescout, because only a small percentage of government offices actually know what cameras they’re operating.

We are going to look further into Forescout as that is particularly interesting software for cataloging and tracking what is inside networks.

Several years ago the Department of Homeland Security tried to force all federal agencies to secure their networks by tracking every connected device. As of December, only 35% of required agencies had fully complied with this mandate, according to a 2018 report by the Government Accountability Office. As a result, most U.S. federal agencies still don’t know how many or what type of devices are connected to their networks and are now left trying to identify the cameras manually, one by one.

This certainly should be done, Chinese government made cameras, or not.

Any thoughts or feedback, let us know.