Forbes is a venerable name in media, so it was a bit surprising to see a manufacturer writing for it, until you go to the article and see:

So Axis is paying Forbes as part of some 'technology council' Forbes has created. What was most surprising was that it only has gotten a few hundred reads in a week, which is terrible, even by security trade magazine standards.

The Forbes part may be surprising but it shouldn't. While decades ago, Forbes was a premium brand they have increased these advertorials and brand content offerings in the past decade. 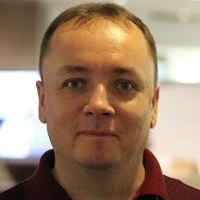