This is an interesting discussion to be sure. In my own opinion I think that anyone considering HIK as a perspective employer need to weigh their own circumstances and career ambitions. Personally I would not accept a position with HIK, but in the same breath I certainly would not find fault with a colleague who did. This is based on my own professional ambition and career path. Look at it from the perspective of a father with a teenage daughter, and the manufacturers are potential suitors coming to the house for a first date in the most generic stereotypes:

Axis would be that preppie guy with a nice car, good haircut, and respectful. He's headed to college and his future looks bright. You are comfortable and not very worried when they leave.

Pelco/Honeywell is that big dude on the football team, he has his own car although not a nice as Axis. He's the guy that you take an extra minute alone with to make sure you see eye to eye, regardless of his size... but you trust your daughter and the kid is well mannered and smart.

Samsung/Sony is the nice middle class kid down the block. His grades are ok and you've known him for a few years; he's headed to the local community college. he is driving his moms car or else your daughter is driving. This is the kid that you worry if he can hold his own if there is trouble when the kids are out on the town, but you trust he is not the Don Juan type.

HIKVision is that inevitable kid that shows up on the motorcycle and honks his horn in the driveway. He is not interested in earning respect or approval, and you're pretty sure he is "just this close" to being a criminal although you can't prove it. The one thing you do know is that she is not getting on that bike and you're pretty sure any date with this guy will require a parental chaperone!

Is this an accurate portrayal, probably not totally but I think it is an accurate perception of HIK vs. other manufacturers. Like it or not, as security professionals "Perception" is a large part of our job, and Trust is what we sell. I would not be comfortable working for a company, and especially marketing a brand that I did not fully trust. I have worked extensively with HIK product and found the devices to be user friendly and reliable and the competitive pricing is obviously very attractive for end-users with small businesses. Tech support has been helpful and well versed when I have required their assistance, albeit hold-times in peak hours are sometimes long. At the regional sales support level I have found them to be lacking in training and experience but that was not a deal breaker. At the end of the day there is the undeniable influence of the Chinese Communist party. In the world of high end controls and integration this is a deal-breaker. I could not with good conscience recommend a product noted for lax cyber-security and questionable sponsorship into a high security project.

Additionally, I personally take issue with their price slashing of the industry. I believe this to be a politically motivated operation. The business side of it is no more than a State sponsored subsidy meant to disrupt a global market for goods. It is easy enough to recognize some very similar and parallel conditions to how the Saudi's have been working to collapse the energy markets over the last few years. Politically, already as the worlds largest manufacturer, we do not know the real end game; nor what the effect of the disruption of pricing will have in the next few years. What w we can already see is a reduction of quality across the IP Cam industry. Technical support has been a close second in manufacturer cost reductions to try and maintain their market share against artificial price competition. What has been fact is time and again HIK devices have been subject to very easy cyber breach and has been slow to react and improve. Last week Brian Krebs (Krebs on Security) webpage was brought down by the largest DDoS attack ever seen. The dust is just beginning to settle but one thing that researchers and investigators already know is the majority of devices used in the botnet attack were IP cameras, DVR's and NVR's. It will be interesting to see deeper research over the coming months if device information is provided. I wonder how many HIK devices would be on that list?

Finally, last week Yahoo announced a breach of over 500 million user accounts, (mine was one of them) by a State sponsored attack. Which state, well we haven't been told that yet but where does you mind automatically go? Now explain to me again why this manufacturer would be acceptable in a US military base, embassy, or FBI office? I consider my reputation in this industry to be my strongest asset. Yes I have installed and sold HIK in previous employment. Yes the products I sold and installed were reliable and mostly did what they said they would. But I made sure those customers understood the risks associated with the pricing and provided alternatives. The question here is would I REPRESENT HIK as an employee, associating my hard earned reputation to theirs? No I would not.

Would I recommend it to a friend or neighbor who needed a low cost reliable system? Yes; and I have recently for basic low security applications with prudent precautions in place. But when my children's school, the local military recruiter, or the shopping mall who has a higher need for security and lower risk tolerance asks for a recommendation, it is simply not good enough, I don't trust it.

NOTICE: This comment was moved from an existing discussion: Would You Take A Job At Hikvision?

The guy who is already a senior in college; handsome, smooth talking and loaded, if maybe a bit too controlling with a quick temper.

The most dangerous type. 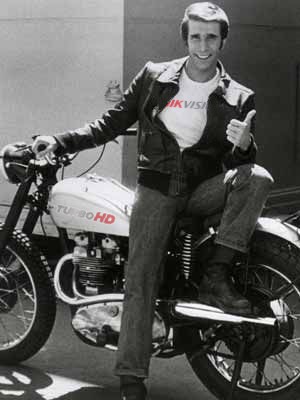 Speco Technologies- The lazy stoner with poor grades and no GED. Works at a restaurant and smokes doobies by the dumpster on break.

I have a little different perspective....

Axis would be that preppie guy with a nice car, good haircut, and respectful. He's headed to college and his future looks bright. You are comfortable and not very worried when they leave.

He will also try and take her on a "educational cruise" as soon as he gets her in the car. On that cruise he'll get her so drunk she will promise to sleep only with him for the foreseeable future

Pelco/Honeywell is that big dude on the football team, he has his own car although not a nice as Axis.

Samsung/Sony is the nice middle class kid down the block. His grades are ok and you've known him for a few years; he's headed to the local community college. he is driving his moms car or else your daughter is driving.

You'll forget his name and never remember his face though, because he looks just like everyone else. His favorite color is beige and his favorite ice cream is Vanilla. Whenever anybody says they've done anything he always responds with "Me too"

HIKVision is that inevitable kid that shows up on the motorcycle and honks his horn in the driveway.

The only problem is he stole the motorcycle. If it breaks down, he's not smart enough to fix it so he'll just steal another one. He also copies off other students tests and term papers when they're not looking and will sell them on ebay cheaper than anyone else

Brings her home in the morning, claims he had a stuck day/night filter.

Hot-rodder with an STD