Here's Avigilon's demo of 'LightCatcher' vs their current H3 cameras:

That's an improvement but Avigilon's H3, non IR cameras, are not strong in low light (see test). Also, noise on the color camera is quite significant.

However, Avigilon regularly uses Ambarella chips, the same provider that Boch and many other cameras use, so we would expect that Avigilon's new cameras would be in the same low light performance range as other recent 'super' low light cameras.

Regardless, Avigilon's big differentiator in low light will likely remain their integrated IR models which have very long range and strong auto adjustment.

Here's the official press release and their whitepaper. The whitepaper does not have a lot of tech details but it does have a side by side image comparison: 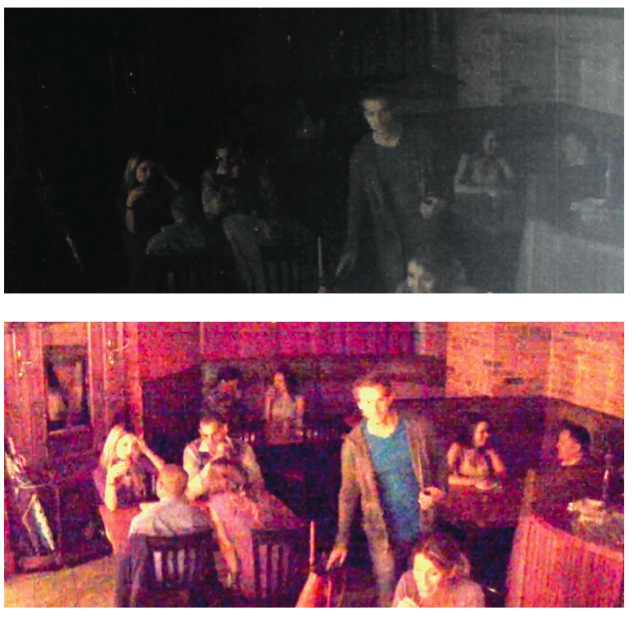