Avigilon's stock continues to get hammered, now under $18, down nearly 50% from its high earlier this year of $34.

Even an Avigilon bull is acknowledging the challenges in a new video.

Recall investor Patrick Horan who, this summer, defended Avigilon and criticized employees who got rich and left.

Now, he is back on Canada's Business News Network, still bullish but admitting the challenges in the segment at 1:30 mark of this video:

"It had momentumitist. Now, it's just being.... you know, nobody wants to hold it. Everybody wants to sell it. Very good time to own it, as far as we're concerned." 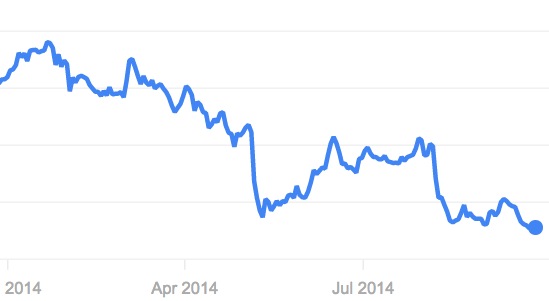 The big drop in the center of the chart is the CFO's resignation / ouster. Though the stock rebounded somewhat after that, it is now lower again.

Avigilon had 70%+ growth even earlier this year. Now, analyst consensus for growth rates are just half that (~35%) for the upcoming Q3 financials.

The good news for Avigilon's stock is that, after its sharp decline, it now has a similiar price to sales ratio as Axis, who is growing significantly slower (10-20%) than even the much lower projected Avigilon Q3 growth rates.

When I first read the title of this article, I thought you were talking about the "hardware" stock.

does he own avigilon stock himself? 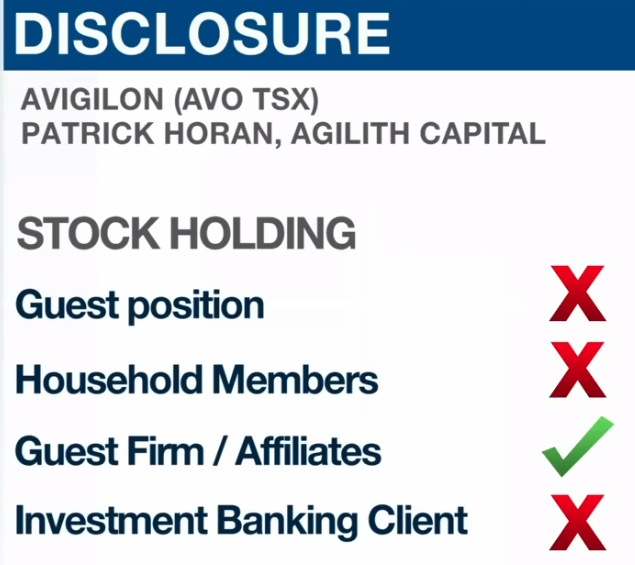 so then his statement is actually a pump, as in "no one but us knows what it is really worth", because successful investors buy at the bottom?

Most everyone on such shows are ultimately talking their book.

What's interesting is that he is admitting, contrary to his own position, is that investors overall have lost faith in the company. Of course, he's betting that it's going to pop back up, which it might.

Avigilon deserves every penny of their stock decline.

Good overall product...just as long as you don't buy one of their defective cameras. 5MP JPEG2000 dome cameras comes to mind. Once that happens technical support and accepting responsibility are nonexistent. Just ask their sales reps that keep leaving.