Does anyone had fog or frost problem went installing the Avigilon H3-PD1 series during cold weather? We are located in a northern region where the temperature can go to -30 degrees Celsius (-22 Fahrenheit) in the winter. Since the last autumn almost half the Avigilon H3-PD1 that we have installed are getting foggy periodically. The fog comes and goes. We have some of the cameras that never had fog even if they are located few feet from the problematic cameras. We also install other types of cameras (Hikvision, Bosch) in the same condition without any similar problem.

[IPVM Update: It was an installation problem, confirmed and explained below.]

Michael, are you referring to the image being fogged up? If possible, an image might help provide better advice / feedback.

No it's not the image that is foggy, the problem is that I have some fog (water) on the leans and during cold weather it freeze. The first picture is after 5 days of the install and the second one is now. 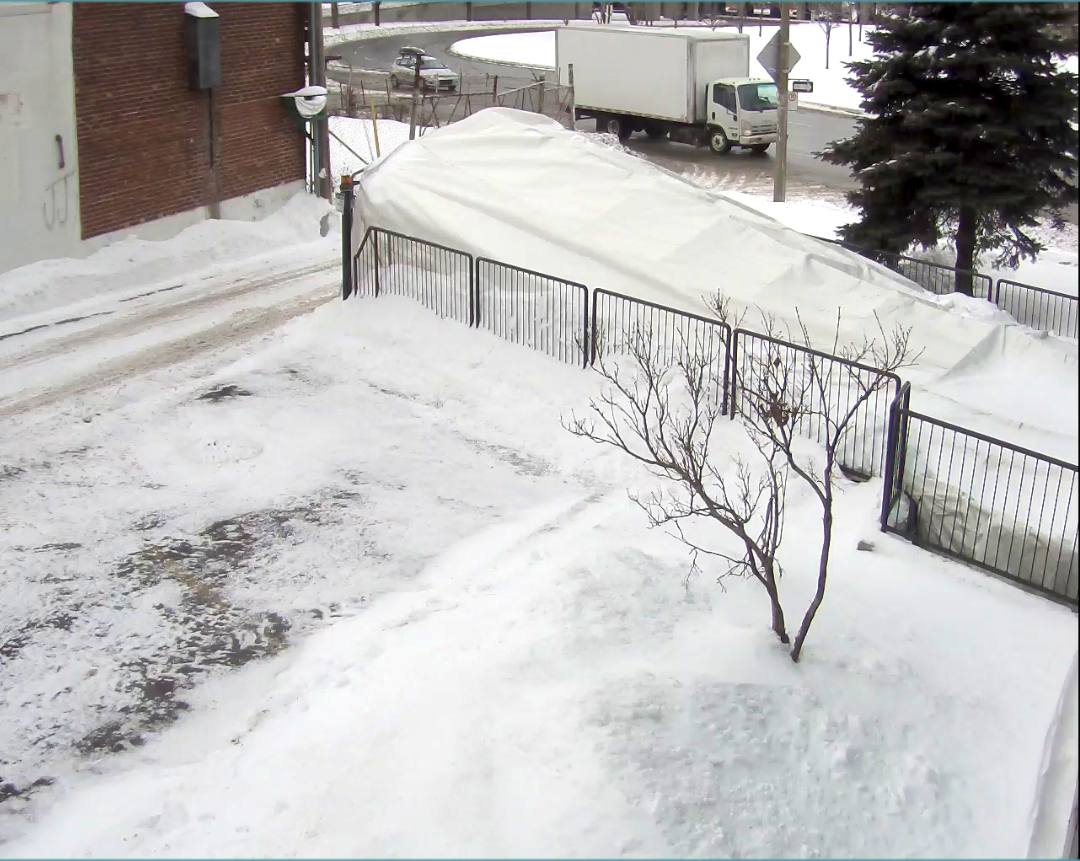 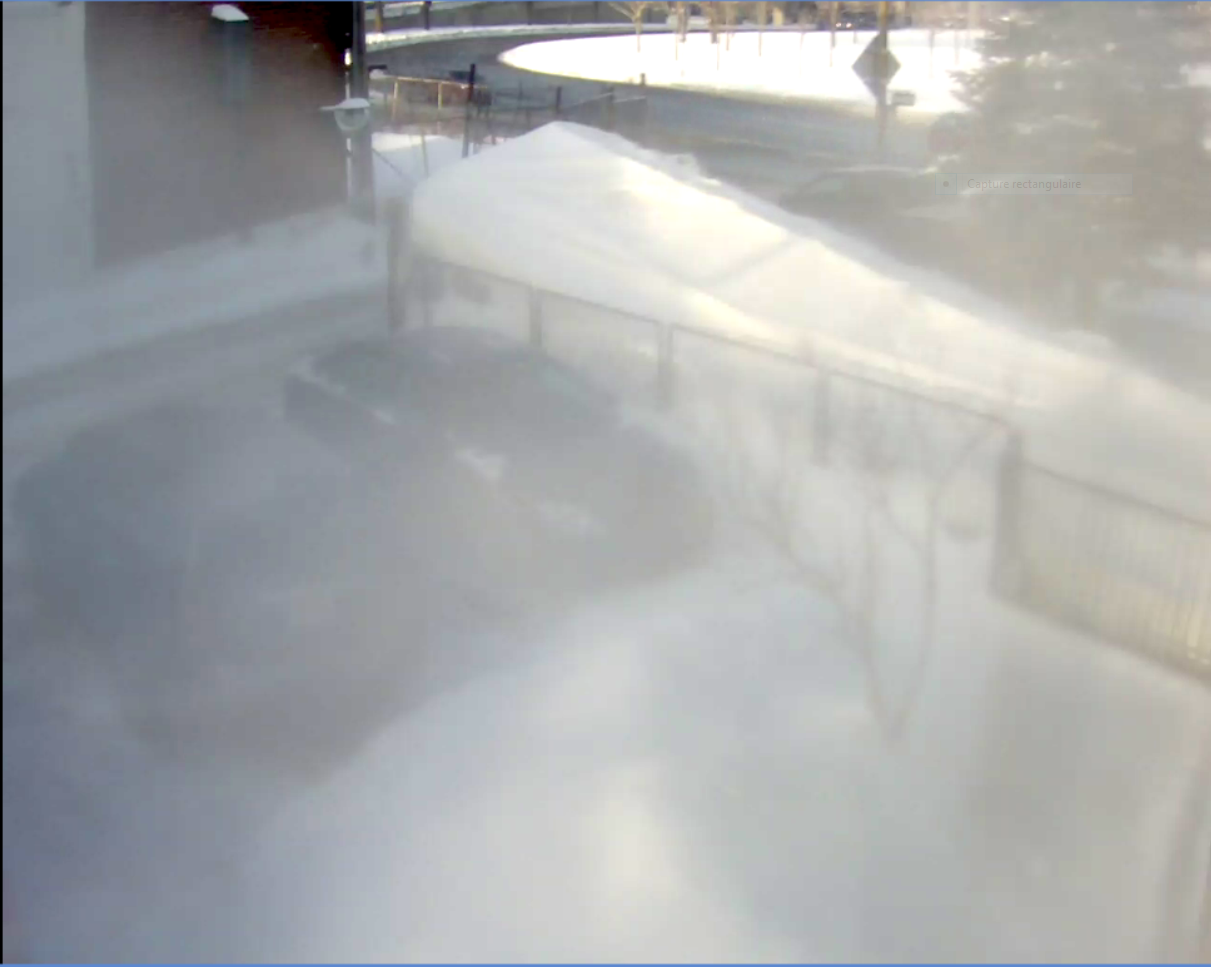 This is another example: 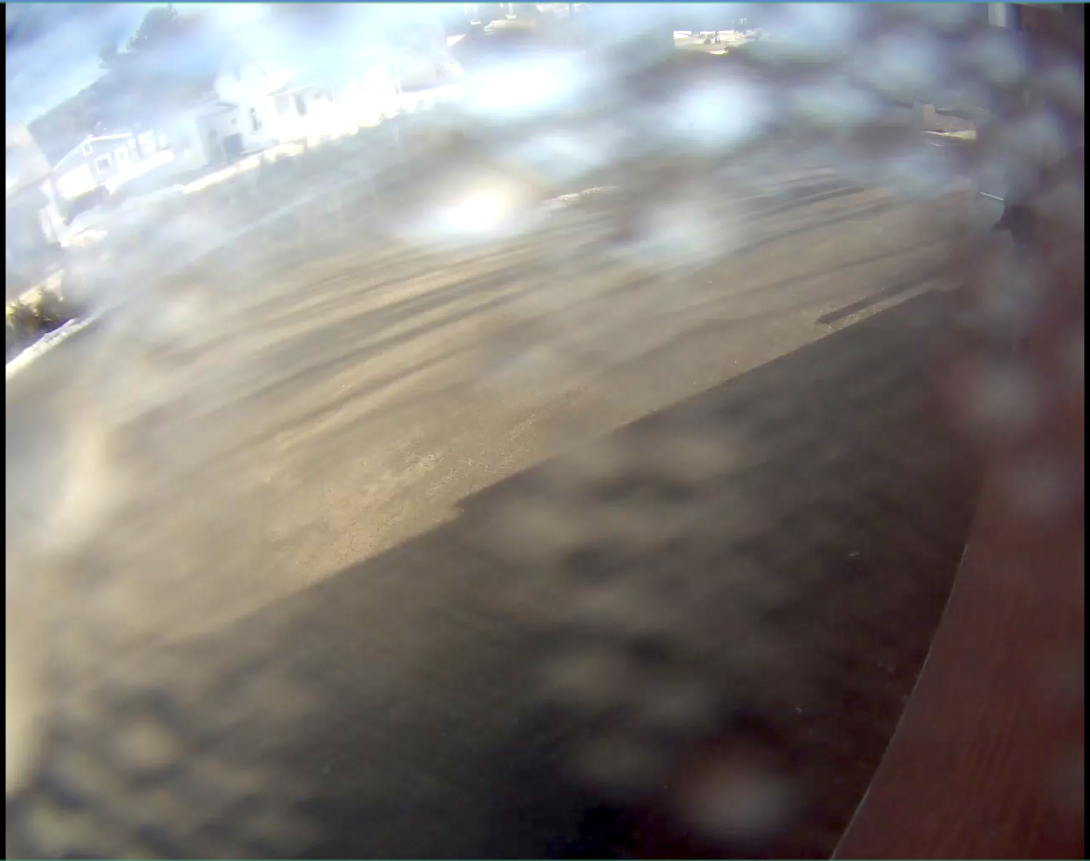 Related, Michael can you verify if there is moisture inside the camera that is causing the fogging? That would point / relate to what Keefe is saying.

And add a dessicant pack with moisture indicator too, before sealing back up.

We have tried to fill the pendant wall mount with mineral isolation and with silicon. Also we have tried 3 of these dessicant pack in one camera.

Have you verified that the heater and fan are working? It may be possible that moisture is in their from the time it was originally installed and cannot get out, it would need to be evaporated.

You were right on! Thanks.

I couldn't imagine that one of our installers would not fill and seal the holes after the installation of the wire.

See what I found by investigating more in depth: 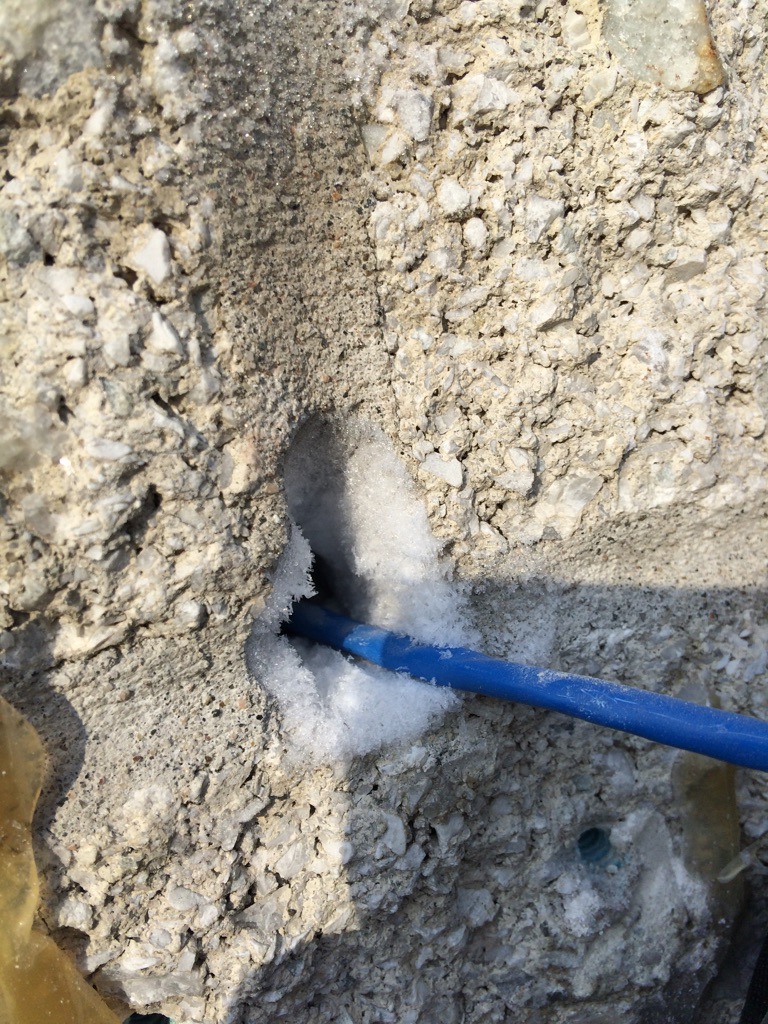 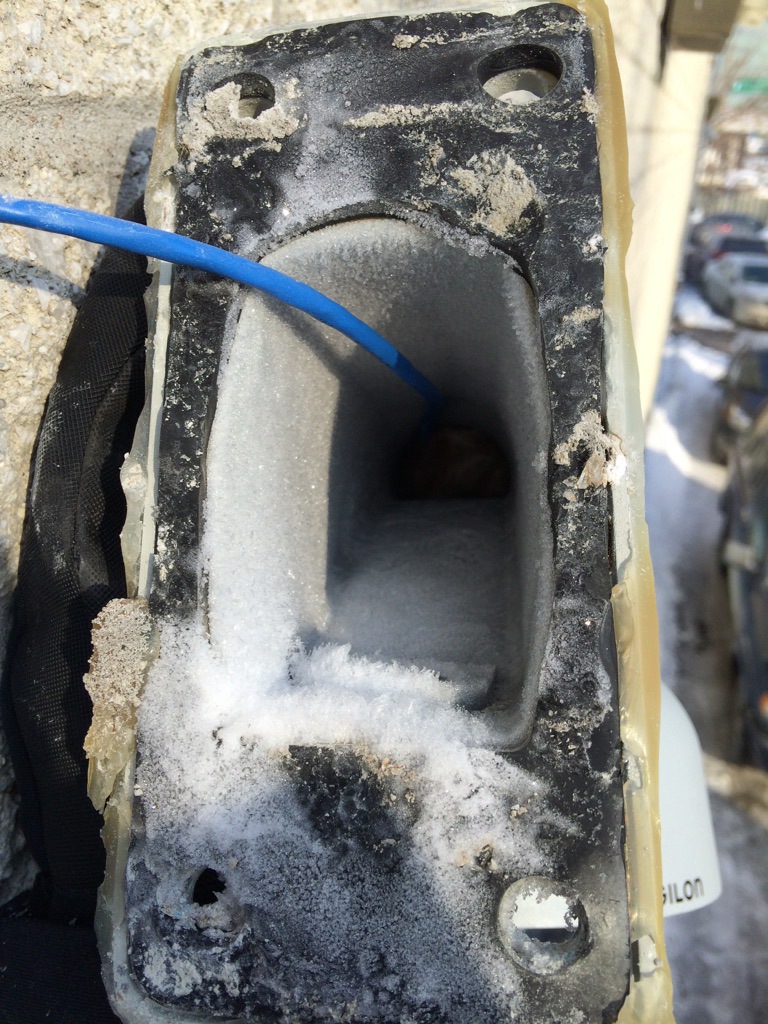 If you think all installers abide to the protocol.... you might be surprised.

Glad you found out what is causing the problem and thank you for the update. We try drive the point home all the time, if you make a penetration you must seal it, unfortunately as you have shown it may not happen all the time.

We have taken over several sites from another dealer lately and on one in particular the customer was dealing with cameras that had gone out. Poor installation practices had caused 6 our of 9 cameras to fail. In this case they are 5.0-H3-B01-IR, the RJ45 connector from the camera didn't pass through the wall into the building, instead the connector was only pressed into the passthrough hole and the hole was left unsealed. Hot air passed through the hole, met the cold air on the outside and frost formed to the connector. Eventually the camera shorted out and gave up its spirit. 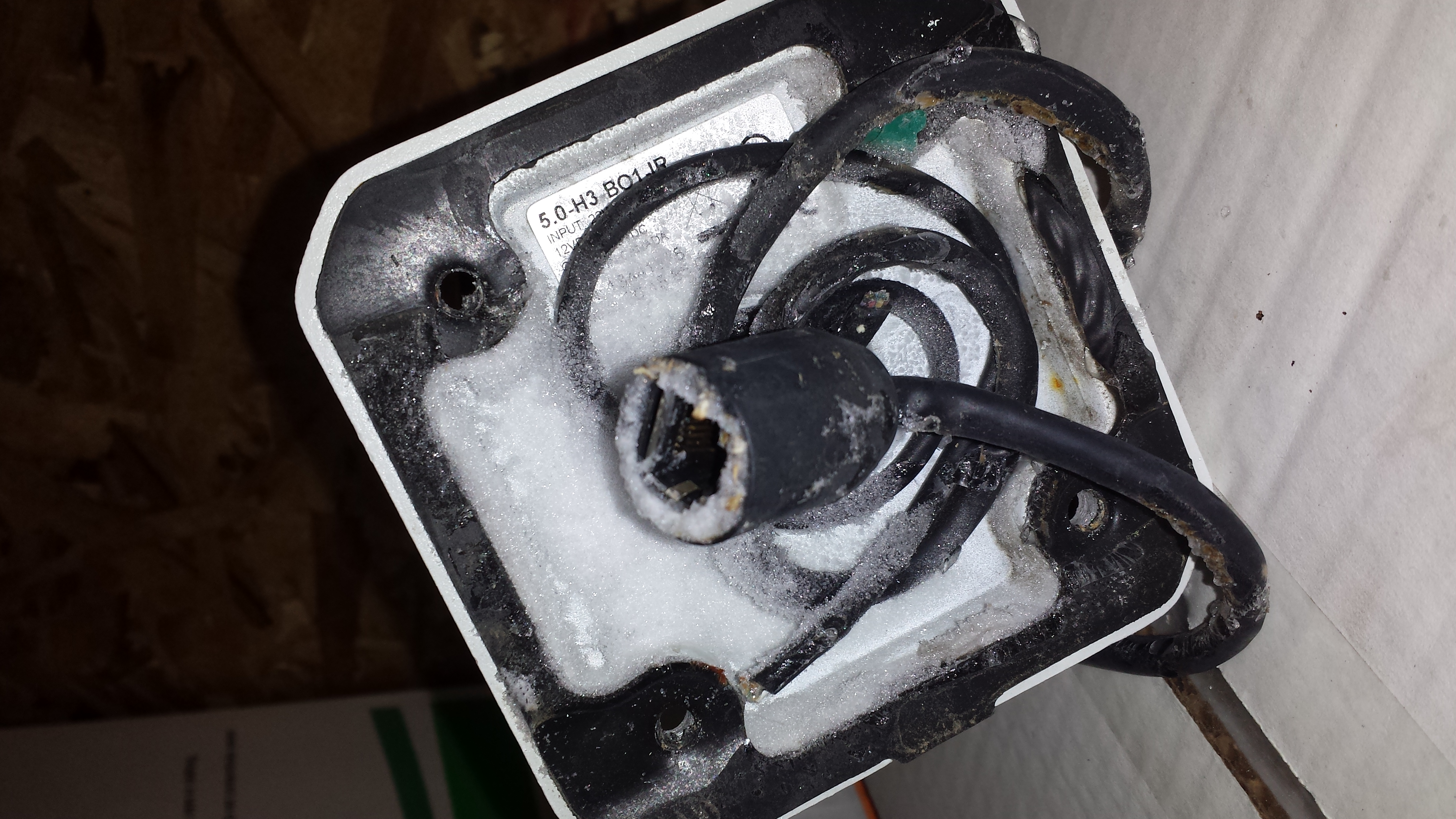 Oddly enough they also managed to be able to wrap up the entire cable into the base of the camera as well without using a J-Box. We are in the process of getting the cameras replace and re-installed and sealed up.

here is a picture of one of the cam: 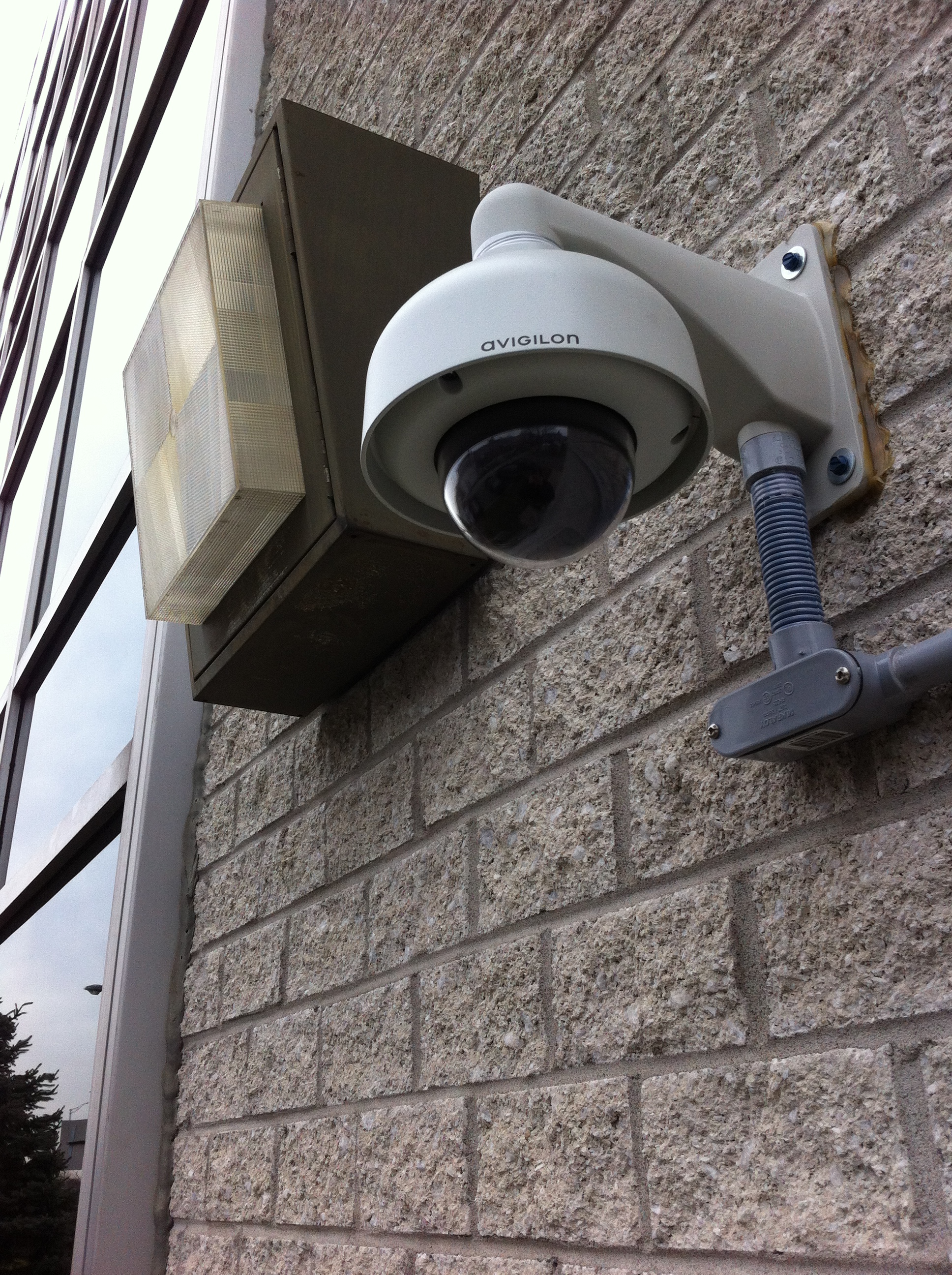 Michel, it's hard to tell from the picture, but is there is a plate behind the mount? Something like this, maybe:

Source: Brian Rhodes How To Mount A Camera On Rough Block?

What would you use to backfill the gap?

Anchor a mounting plate to the wall so it 'floats' above the block face by the smallest amount. 4 deep lag bolts anchor the plate to the wall. These bolts need to be deep, probably by 3/4ths the thickness of block or more. The gap behind the plate should be backfilled by watertight silicone or some sealant that will not absorb water. For the same reason, a metal plate is better than wood. - Brian Rhodes

Thanks to everyone for your inputs. I have personally gone on site to see if the cable entry from the wall was seal and it was not. The hole was pushing hot humid air input the camera. So I believe this problem was an installation problem.

Thanks for following up and letting us now. I've marked the post solved and added an update to the opening comment.

Glad it's fixed, Keefe's the man!

I'm not saying either of those is better, just trying to learn what the trade-offs might be...

In the case of Michel's cameras the connection takes place within the dome so that is why you see the Cat5e entering into the dome. In case of the bullet camera that I showed it comes from the factory with a whip on it that has ethernet, power and I/O's. IMO that cable should always pass through the wall and into the building, if it cannot it should go into a junction box. In either case any hole created should be sealed to prevent future problems for both the camera and the building.

@Michel, Keefe is right, I had assumed all the pictures were of the same camera. Since Keefe also mentioned a possible heater and fan, it made sense that there would be an external power requirement as well, so...

I'm not sure I understand the comment, we are talking about POE cameras, therefore only one wire goes to the camera.

It goes either directly from inside the building through the wall into the camera, and in that case if the hole is not properly backfilled, you may get air contamination otherwise, the hole is at distance from the camera and you have to run the wire inside a pipe.

I would have to hear from Undisclosed A but I believe he/she might be getting two of the photographs confused (or I am possibly). The images with the frost shows a cable entering in through the base while another photo above shows conduit going into a mount, i believe those to be two seperate cameras. Maybe that is where the questions comes from.

Indeed, it may be confusing.

Both pictures show the same camera, however, the conduit below the camera is there to bring a second Cat 5 to another camera that could not be accessed by inside.

As a matter of fact, the other camera that is hooked at the other end of the conduit has not had any fog problem from day one.... it's because it does not get hot air from inside the building.

We never thought that the hole was still open behind the camera ans we focused on making sure that all seals on the camera were installed properly.

Been there - done that. On pendant mounts, my solution is to coat the cable with silicon spray, rubbing with rag, leave enough cable for the camera, fill the pendant cavity with firestop spray. Also fill the building holes with firestop.