It says the old videos will be stored as a more compressed version of the image data.Is this actually true? Does the Avigilon Control Centre do a converting to a more compressed format?I am asking this because as per Avigilon Design Tool (See below screenshot),what i understand is that data aging is a technique where secondary stream recorded in lower resolution,quality and fps is stored simultaneously and after the first 2 weeks(as configured),the control centre just replaces the high quality stream with the low quality secondary stream.Please correct me if i am wrong. 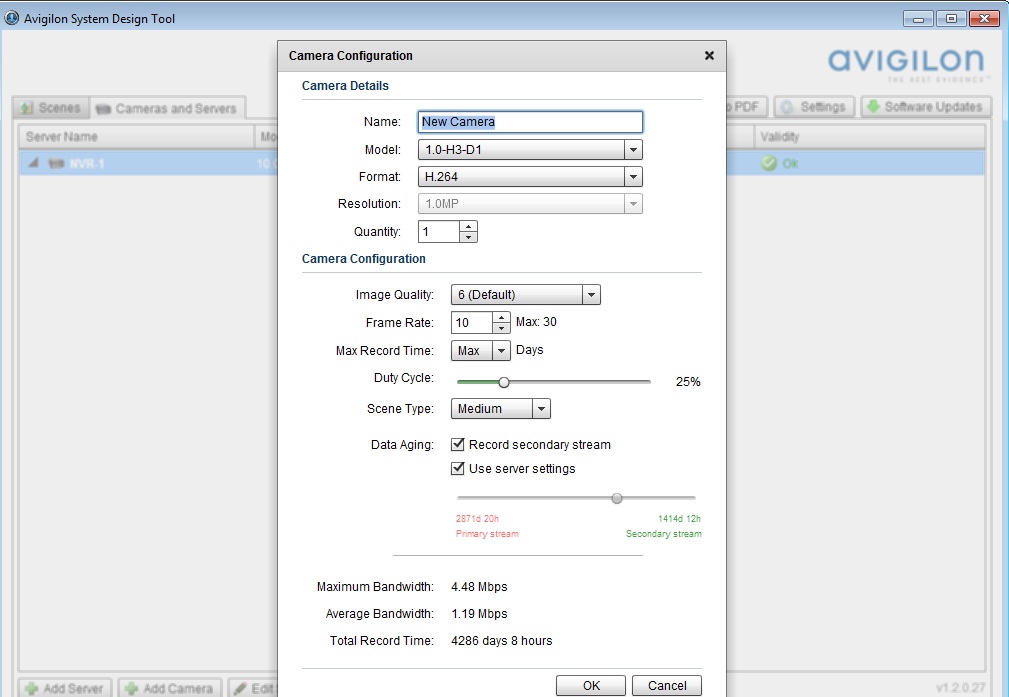 So if this is true, then if a customer has a 5MP Camera and there is something he wants to review which took place a month back and hence stored in data aging in low quality/resolution/fps , then the whole point of keeping a 5MP camera is missed rite.

Isn't it a bit misleading what they say "system will automatically manage the stored data to keep only half the frame rate and only a more compressed version of the image data". They make it sound like the existing data is converted to higher compression and nothing much is lost, when actually there is a major loss in quality/resolution/fps in the secondary stream.

I am wondering if Avigilon itself recommends data aging to be implemented in places like Shopping Malls, Stadiums, Schools where events older that 2 or 3 weeks may be needed later without loss in image detail.

Whats the point if the video is available but quality is less? what is the point if frames are reduced and result in missing a fast movement like running.

Isnt it a bit misleading what they say "system will automatically manage the stored data to keep only half the frame rate and only a more compressed version of the image data".

It's an 'odd' word choice but this is Avigilon and that's there thing...

So yes, with H.264, they are using multi-streaming, and once the system discards the high resolution stream, you are stuck with the low resolution one only. So if you have a 5MP camera and have a 5MP 'high' stream and a 4CIF or 1.3MP 'low' stream, once it 'ages', you only have the much lower resolution available.

I still think it's a good option for those who want some video but cannot justify the storage cost of full recording (e.g. a number of VMSes offer this - Exacq, Genetec, e.g., covered in our VMS Multistreaming Comparison) but the tradeoff of reducing storage is that you reduce image details significantly, so a camera that might be able to capture a license plate or facial details with 'high', will likely only be able to show outlines of cars or faces with 'low' / 'aged' version.

It depends on the mix between high and low periods.

On one extreme, if you store high for 6 months and low for 8 months (pruning / aging at the end of month 6), you've added 6 months of a second low stream to save the difference between high and low streams for 2 months.

On the other hand, if you store high for 1 month and low for 8 months, it's clearly less expensive / less storage than storing high for 8 months. This later one is the more common use case.

Why store the low-res one anyway? If you are multi-streaming already for some other reason, i.e. live/recorded, that's one thing. But if you are not, why not just transcode into low-res as you delete the high-res?

Are the processing requirements so intensive that even offloading the dynamic preperation of a low-quality stream to a different machine with SAN/NAS access would be overwhelming? Just for arguments sake lets imagine that the low-res stream is the same q, but just taking only the i-frames and dropping the rest.

Too much work? Easier with SVC? or Secret Sauce?

Because transcoding consumes a lot of CPU resources and you would need to be transcoding continuously / daily for streams using this approach. It makes server specification a lot trickier and would significantly reduce camera count. One company tried this as a core feature (TimeSight but they failed).

If all you want to do is drop down full resolution, full frame rate, you can do that without transcoding (as you say, strip down to just the I frames) and some VMSes offer this option but that means you are dropping to 1fps (typically). Not a bad option to consider but not as flexible as multi-streaming.

SVC solves this problem by allowing one stream to be recorded which is then continously and successively denuded by a far less cpu intensive process as needed by requirements, right? Only need answer if disagree.

SVC transfers the processing load from the server to the camera. We've already discussed this here.

and even more directly here, where the author waxes eloquent:

This same decimation process might occur after the video is captured and stored. Parsing a stored file to remove some of the higher order layers would quickly and easily recover disk space in a DVR, while having the effect of reducing the video’s resolution or frame rate. Using the scalability of an SVC encoded stream, a surveillance operator could gracefully degrade video over time to manage storage consumption. In this way, video could be archived for longer using less storage than would be consumed by a conventionally encoded stream.

"strip down to just the I frames"

How much storage space do you really save if you keep all the I frames but delete P frames (or B frames, if utilized). My guess is the savings would be much less than most people would anticipate.

Depends on the ratio of I to P frames. If you have 1 I frame a second but are recording at even 10fps, that's still going to be a lot of savings. Each P frame might be 1/5th or 1/10th the size of an I frame but add them all up and combined it is significant, savings of 50% or more are possible.

"Whats the point if the video is available but quality is less?"

Because it's still better than NO video, which is what you normally get when the drive is full. Providing, as Rukmini notes, you set it up intelligently, of course.

So that means what they mention in the Avigilon website "system will automatically manage the stored data to keep only half the frame rate and only a more compressed version of the image data" is wrong information and misleading rite? Also do you think it's a viable option to store videos in low quality in places where people spend a lot of money on Avigilon because they are looking at quality.

Do you think it's recommended in video critical areas like banks,shopping malls,stadiums,schools,universities,hospitals etc..

And I don't understand in what basis Avigilon assumes that the most recent videos are the most important??!! It may be the case in few situations but most of the clients ask for a particular period of recording because they actually need it for a purpose like to identify a face or action,or maybe because of the laws in the area says so.And when reducing the quality and resolution of the video,the main idea is missed.

I think this can be installed in unimportant places where they record for the sake of it but ,those who don't care that much might as well buy a cheaper camera and buy some more storage he can afford.

"In what basis Avigilon assumes that the most recent videos are the most important?"

This is a common assumption made by many in the industry grounded in practical experience. Take all the incidents one might need to review. Of those incidents, the overwhelmingly majority are discovered in the first week, if not month. Only a distinct minority are found months later in almost any application.

You can certainly chose to use it or not but the design approach to offer higher quality for near term and lower quality for long term is a well accepted principle in the industry.

Thank you Jonh for the information.Like you said we can choose whether to use the feature or not. And yeah a minority are found months later, and if something is going to come later,It should be some pretty serious matter possibly and it would be too bad If we are glad the video is there but cannot see the face.

It's like storing a thumbnail of the images in the phone because the actual pictures are too big and filled the SD card.

Maybe it'd just me thinking it's not a very attractive feature,at least for important videos meant to be recorded for a defined period of time.

Of those incidents, the overwhelmingly majority are discovered in the first week, if not most.

Ok, tell us what qualifiers you used before you changed it: most and all almost all? ;)

I meant to say month, not most.

It seems to me that data aging would be a valuable feature for entities that would want to retain minimal video for long periods of time in order to prove that something did not happen. One example that comes to mind is to protect against bogus slip and fall lawsuits. You don't need high FPS or PPF in order to prove that someone did not fall on your property on a particular day at a particular time. Considering that, in many states, the statute of limitations for slip and fall lawsuits can be several years, it would benefit an entity at risk for those types of lawsuits to save even very minimal video for very long periods of time.

If an organization needs to maintain the ability to get clear facial details of a running suspect from their recorded video, then data aging is probably not for a feature they should be considering.

Geutebruck and March both offer data aging capabilities that re-process the original recording stream to provide longer recording history at a lower frame rate. I suspect Avigilon may have described their solution for extending the recording duration in a way to attempt complying with a user specification based upon the method used by Geutebruck and March. It sounds like they are merely doing dual stream recording which even manufacturers such as Dahau offer on their entry level NVR products. 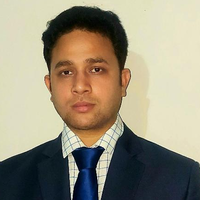 How much difference in storage can be expected after grooming the video. For me its consuming 250GB per month per camera. If I wants to keep the data beyond a month using the video aging technology how much space per month will be consumed.