Just got off the phone with Arecont's sales. Strange.

In April 2015, they announced their new G5 SurroundVideo cameras, which they claimed at the time would support 5MP, 12MP and 20MP.

However, the Arecont G5 webpage only shows 5MP. So I called Arecont and they confirmed that the 5MP is the only model available and they do not have any immediate plans for higher resolution.

They still have the Omni and regular SurroundVideo cameras at 12MP, 20MP and 40MP. We bought and have a relatively new 12MP Omni we use.

This came up because the Axis G3709 33MP multi-imager we bought just arrived and we are finalizing shootout arrangements.

Just like the Arecont 4K that was announced last year and never shipped, this move is strange.

The spec sheet still describes details of AV12585PM, AV12856PM and AV20585PM, but all the specs for these models are marked as preliminary, while AV5585PM's specs are apparently final.

The 12MP WDR version (AV12856PM) is the one makes a lot of sense to me, that would be unfortunate if they are not releasing it soon.

If you or anyone here anything, let us know.

Arecont sent out a promotional mailer about the G5 but no mention at all of 12MP or 20MP versions, just 5MP. 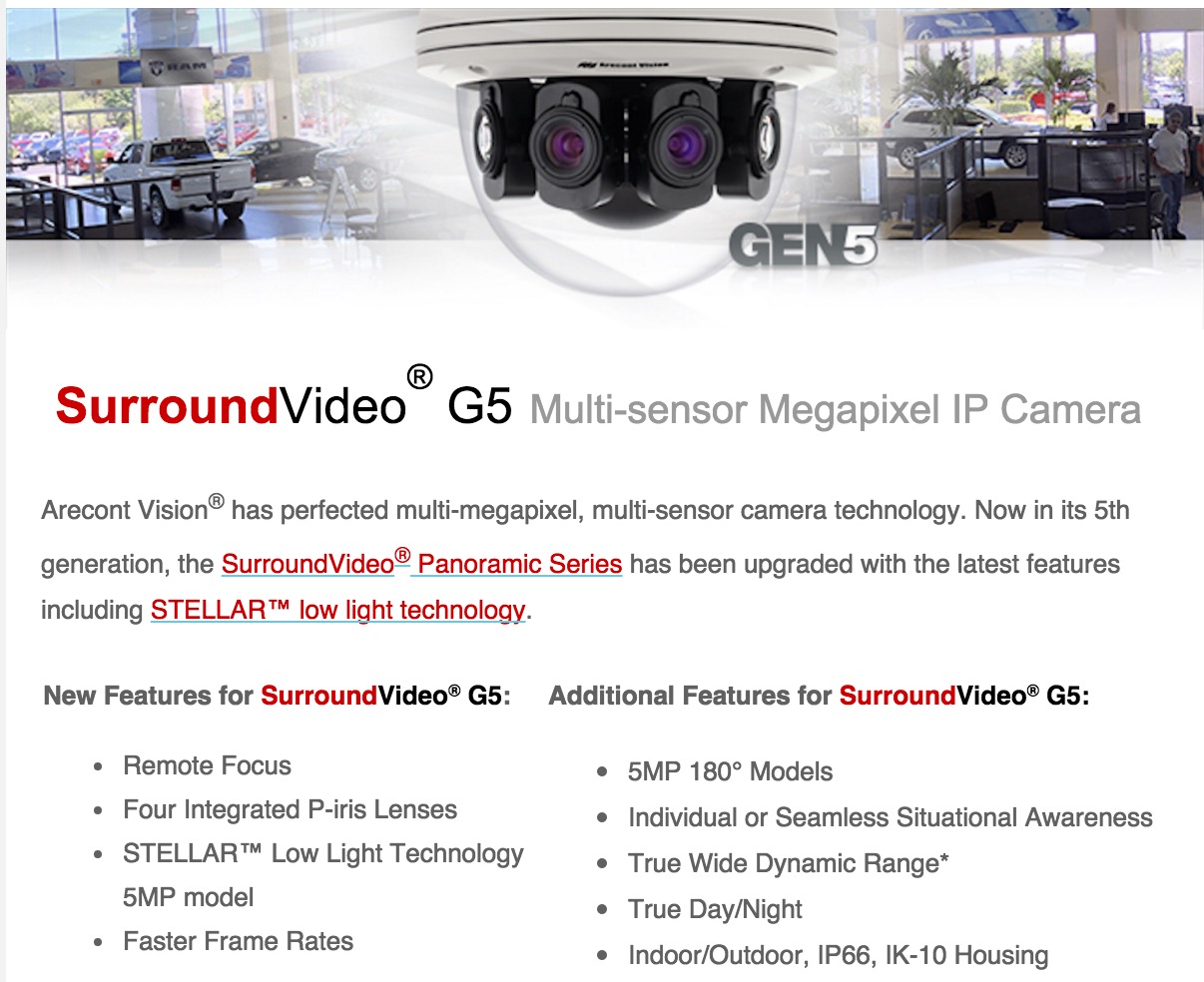 They used to be all about higher resolution, now that everyone has 4K (but them), they go back down.