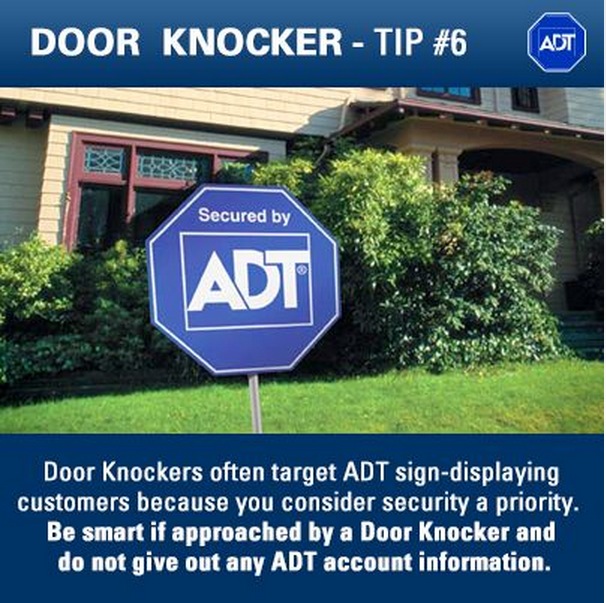 Was this sent out to all ADT customers?

"...because you consider security a priority." lol, what BS.

Sounds to me more like competitors are targeting their customers by challenging ADT's value proposition and this is pissing them off....

If door-knockers know that customers with ADT signs are currently paying a significantly higher per month charge than their company charges, it's a great sales hook for them. i.e. "We do the same thing as 'them', but for 10 bucks less per month!"

I love the irony: ADT yard signs are supposed to be keeping away burglars, yet they are attracting competitors sales people.... :)

Bohan, I found this via Twitter, promoted by ADT. I am not sure how they are distributing this.

Marty, this is similar to manufacturers targeting American Dynamics case studies list :) They want to get promotion but the downside is that it becomes a target list for competitors.

Here's all ten of their door knocker tips. Looks like the campaign is designed around trying to stop other companies from baiting and switching their customers with nefarious 'upgrades', while pretending to be ADT-affiliated.... :(

Good find. I especially enjoyed this one: 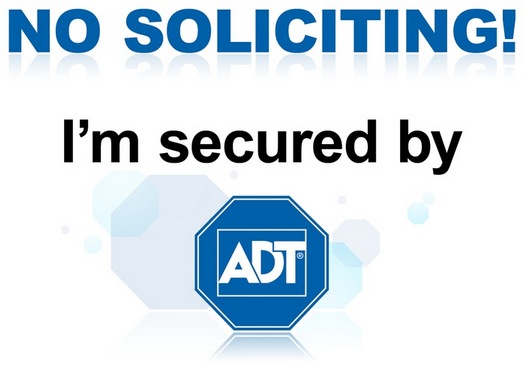 I think you guys are off the mark on the reason for this. There are plenty of documented cases of door to door security sales scams. Coppied these from another forum:

Its not just ADT doing this, I received a similar letter in both E-mail and written format from my security company. Theirs was on a letterhead, very clean but wordy.. Basically said "We will never sell door to door" and "Avoid phone scams." I didn't view it at all as a marketing piece.

The 1st and 3rd blog posts above are directly from ADT-affiliated companies, and the 4th one is from an alarm.com affiliate (probably 2 of the biggest entities in the biz).

While I certainly agree that there are scammers out there, this 'campaign' is as much a marketing/retention effort as it is any Public Service Announcement....

I find even more irony in the fact that they warn against competitors using 'scare' tactics, while employing these same tactics themselves trying to scare you into not answering your door to anyone who appears to be from a security company.

Chris, thanks for sharing. Good counterpoint. Certainly there is some value in making people aware of scam artists. In this case, though, it does seem self serving on ADT's part as it motivates / scares people away from leaving ADT.

In at least parts of California there is little correlation between an ADT sign in the front yard and an ADT system inside the house. It just means the last tenant bought one and nobody's pulled the sign.