What Is The Best Access Control / Milestone Compatible Option For Schools?

What is the best access control option for managing a school system? Preferably integrates well with Milestone.

So I manage two campuses with a grand total of 657 doors. They want to expand the access control in the future to another 300 doors. We currently run Winpak 4.4PE. At this point, I am thinking of getting rid of Winpak. We have the option of reflashing the whole system and switching them over to Pro-Watch, but I've heard that Honeywell, in general, is confusing, and it doesn't get any easier from WInPak to Prowatch. I mostly running PRO3200 across the campuses with some old N1000s.

We run Milestone XProtect Corporate 2018 R1 as our VMS. I am looking for something that integrates well with our Security Guards and Campus Officers. We have a dedicated FTTH connecting both campuses.

First, the bad news: If not upgrading to Pro-Watch, many of those existing Winpak modules will need to be replaced.  Those are proprietary and cannot be converted to another system.

I think in your area, brands like S2/ LenelS2, Paxton, Isonas, and Axis will be best represented. We have profiles on those:

The cost of changing over/installing new access on ~950 doors is immense, on the order of millions of dollars USD.  Is this a phased project?

Those are all fantastic - I would also add Open Options to that list.

In general, to emphasize what Brian wrote, you want to find an access control provider that has a "XProtect Access" plugin to Milestone, which provide the deepest true "two-way" integration with Milestone.

The good thing is you can use the PRO3200 boards with Lenel. Now the license in Lenel for the Honeywell board integration isn't cheap but with the number of doors you are talking about they would probably cut that cost down quite a bit. Even if they didn't the license is much cheaper than replacing boards. We did one a couple of years ago and essentially you just put the IP address into Lenel and the system connects to the boards just like a new Mercury controller.

You will have to replace the N1000 controllers with any system most likely.

You can pay to have the database converted but typically this is a good time to start from scratch so you have a clean database. You can import the cardholders though.

Lenel has two integrations with Milestone. One where you can view video and tie alarms to cameras in Lenel and the other where Milestone becomes the monitoring point for the doors. Either way works. One note there is a one time integration fee for the Milestone to Lenel integration but after that they aren't supposed to charge for integration licenses. Again depending on the size of the system often Lenel will cut that initial cost down as well.

Everyone will dislike this comment as I recommended Lenel but for a system of this size you will be really happy, especially with the new web modules they have come out with and keep developing. 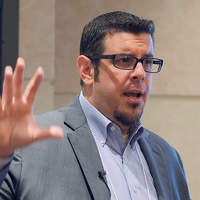 We are a security systems integrator and are currently doing a school district this summer with 30 schools.  They have a 15-year old legacy access control system on over 200 doors and are expanding their significantly.  We did a cost analysis with a few of the controller/panel based options Brian mentioned before and found (especially for the new doors) PoE readers (w/ Isonas) which required new electrification of the door we're more cost effective.  The only thing to watch out for is Isonas proximity card readers do not play well with 24V so on the new door's it's fine as long as the correct stikes and mags are specified and the reader powers them.  On the legacy doors we are using an IP Bridge which accepts and wiegand protocol and converts it to PoE.

We love the integration with Milestone and Isonas charges nothing for it.

Overall we've had success virtualizing an on-prem server and are doing more and more cloud especially with multi-location projects.  All of the doors/readers are held in local-mode if there is no internet connection.

Good luck with your project!

I think you should actually look at Porwatch and see if you think they are as confusing as you are "hearing". Especially when you consider the alternative. You may feel differently after you take a look at it.

BTW, the link to the Honeywell ProWatch Access control Profile is not correct. the review is 3 years old  is not up to date of it's current offering.

Thanks, I'll queue it for an update.  Fundamentally, what has changed that is most important to school applications in your opinion?

We have done good integrations with Milestone and Isonas in schools; Isonas also has an Active Directory bridge that can also be deployed to flatten out the enrollment processes.

If you are in PA, MD, VA, or FL, we can detail some of this and how we can help.

I guess the place to start is the graphic. The following are wrong;

3rd Party Controller Support - You stated Not interoperable with Mercury. The ProWatch Panels are electrically the exact same as the Mercurity product, of their own part number or OEM'd to others like many of the others listed on this thread.

Cloud Based Option - They are supported in Microsoft Azure and have system in AWS by Amazon, although not yet supported. This is not hosted by Honeywell, but is able to be deployed from the cloud by an integrator or end users who wishes to.

Remote App - They have a Mobile App that allows control of Doors and cards and a web application that can do pretty much everything that an operator would do on a thick client. cards, Reports, Events and Alarms

Video Integration - Not just limited to Honeywell. Besides MaxPro VMS by Honeywell, it can also work with Milestone, Verint, Vidsys, Salient.

The body of the report, Corporate Edition is expandable to an unlimited number of readers.

Enterprise edition state an unlimited number of readers. Enterprise is a server management system for the system. It is not a Access Server. It manages multiple Corporate Editions Servers. This is for occasions when the end user wants or needs multiple servers deployed.

Not sure how you concluded it is generally more expensive. You reference enterprise kits,  as mentioned above,. Having said that, the LT version is the only software included in a kit.  and the maximum size of the kits are 8 doors and the smallest being 2 doors. Offered with or without software. With software is around $750/door and the kit without the software is about $650.

The list of dealers in the US is over 300. The website refers to those that are certified at Silver, Gold, or Platinum.

Weakness is stated as being limited differentiation and better integration support. Since it's infancy in the 90's as a system for Airports and Biopharma , Prowatch has shown itself to be a most powerful platform to integrated to. from the most simple to the most complex.

From a differentiation POV, the ability to customize reports natively from ProWatch without having to export the data to other report generating tools has been something that is different with them. Further the power of is compliance based access, is another element. This puts individual door at a special level of control that can expire when individual training expires. Thus preventing untrained or certified individuals into a space. Just to name a few.

The comment of Prowatch not being a good fit to the SMB market is not accurate. This is more of providing a less complex system for dealers to offer and to make them available through distribution not via a trained Dealer Network.

As it relates to the educational market. one of the most common things in that space has been the wireless locks of late. Also, Shooter Detection is an integration that is available though Prowatch. I will leave it to others to decide if any of the other things I mention are valued in the education space.

I hope this helps.

I will refrain from opining on access control specifics however one general point about 'cloud'. You say:

Cloud Based Option - They are supported in Microsoft Azure and have system in AWS by Amazon, although not yet supported. This is not hosted by Honeywell

Across the board, we only consider a product to be cloud based if the product is hosted by the manufacturer itself (Brivo, Eagle Eye, etc.). For example, Milestone XProtect can be hosted in 'the cloud' but not by Milestone itself. It is a material difference and limitation.

Question here: Does that mean those ProWatch panels can be taken over by other Mercury partner, e.g. Genetec or Lenel, etc.? I ask because you qualify it as being 'electrically the exact same' and I want to make sure it is the 'same' on the software side or at least compatible.