You may not immediately recognize Chris Dearing's name but only because he chose to keep it undisclosed most of the time. Chris is IPVM's all-time top commenter, with 16,000+ comments and 20,000+ votes. Unfortunately, Chris recently passed away.

I wanted to share a little about what made Chris great and, if Chris' comments impacted you, to share your own thoughts.

Chris is a genius, literally so, with a breadth of knowledge that ranged from software development to electronics to nearly anything.

He did well for himself, not surprisingly, in tech and I think he just found IPVM an interesting place to debate with people.

He most always posted "undisclosed" usually "undisclosed #1" which became an inside joke, later on, he asked us to make it easier for regulars to know it was him by allowing him to disclose that he was certified while being undisclosed, so if you saw this below, it was almost certainly him:

We had talked about it and, on occasion, he mentioned to myself and others his belief that what matters is what you know and what you say, not who you are. This is something I generally concur with, though I am saddened that he did not get more recognition for his contributions.

Along with being so smart, Dearing is funny. IPVM regulars may recall the 'pun' scoring that Rhodes would do with Dearing, though as Dearing himself said "memes are my main gig": 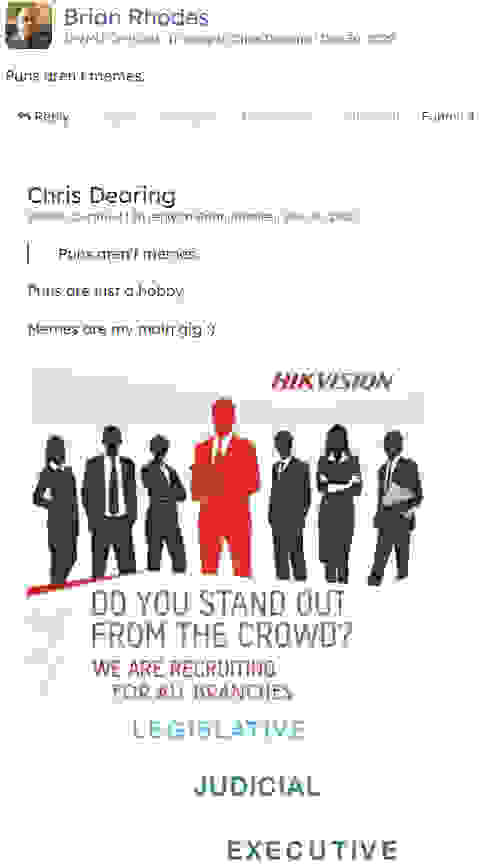 And one of his creations from the recent Peter Goldringer saga: 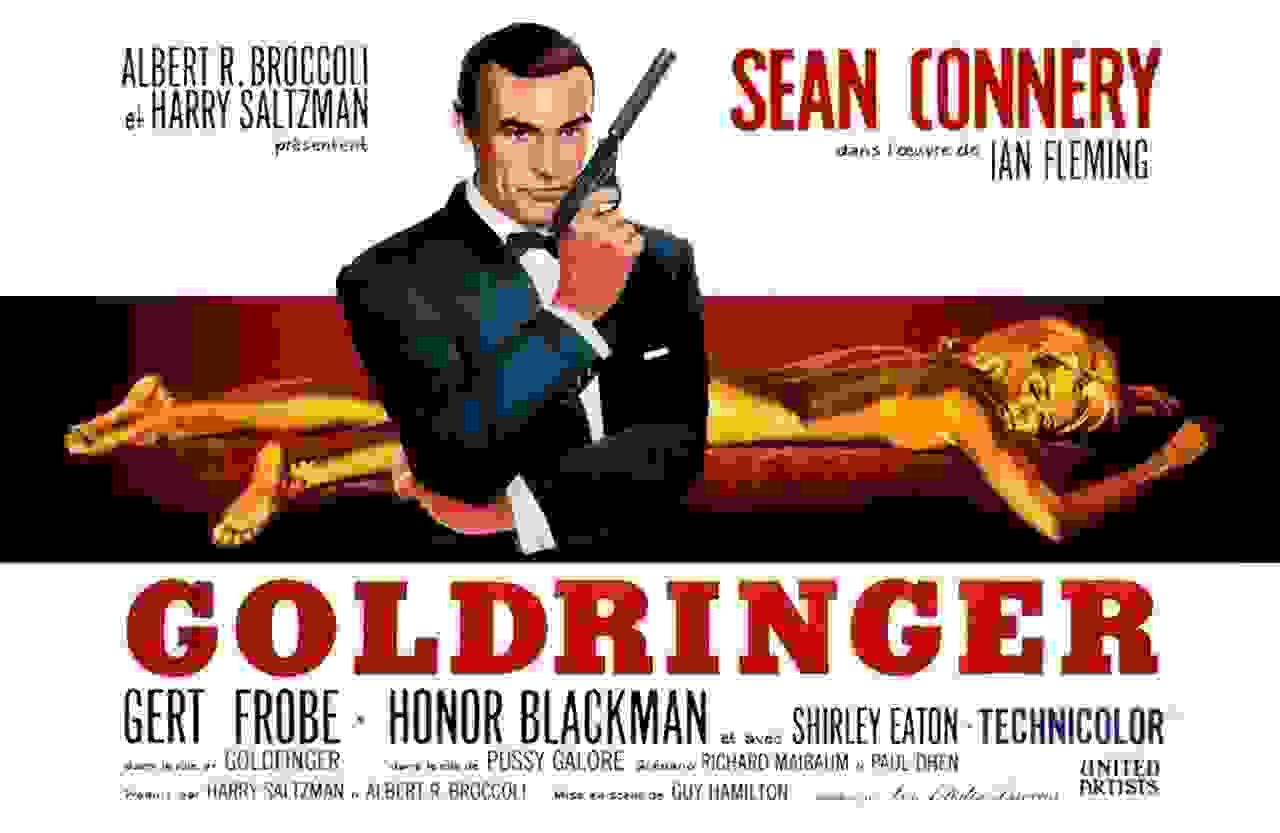 I am going to get some of Dearing's greatest hits over the next few days and add them to this thread. If you find any, please share as well. Dearing's memory was incredible also, I wish I could ask him now to find some of his greatest hits!

Wow, this is extremely shocking.

I don't know what to say, he was a good guy, extremely smart and always added a lot to the discussions here, and the random email spin-offs.

This is a shock since he was just posting and meme-ing with us very recently.

I am genuinely sad.

Chris was one of a kind. I enjoyed many exchanges with him over the years. I'll miss his perspectives, even if I wasn't smart enough to understand many of them.

He had a great ability to learn fast. He could absolutely start with 0 knowledge of an obscure topic and in about 25 minutes of focus become practically fluent in it. I greatly admired that about him.

This is a shock. IPVM will never be the same again.

Chris Dearing was a gentleman, a genius, a madman, a poet, a trenchant observer of our industry, and a really funny dude.

Always wanted to buy him a beer and listen to him talk, and now I'll never get the chance.

Stunned. It seems like he was posting here this morning, but that might have been from yesterday. It's going to be a lot quieter now, I guess.

Chris's posts were always great. I always wished I could have gotten more of his backstory because he seemed to be a very interesting dude. Even though he made a lot of jokes/memes, he did occasionally take the time to challenge people's assumptions and force them to think more objectively. Also, he had some pretty mad photoshop skills.

Here's a few posts I found:

"IPVM Is Run By A Bloviating Industry Drop-Out Who Couldn't Make It In The Main Stream."

1) if one or more imagers flip spontaneously

3) there is no reset button

Not to mention the classic:

Dearing was one of my favorite people and I considered him a friend. he was certainly a unique person, and he made IPVM better because of it.

what I liked the most about him was that he was a natural born provocateur. smart and funny, and he loved to debate pretty much any subject. he also loved to poke fun at anything (including himself) when given the opportunity. and his wit was strong.

his genius was apparent to everyone who knew him yet he never postured. instead, he liked to laugh and make others laugh with him.

the times that I met him, he was always smiling - seemingly scheming some new meme idea that he couldn't wait to start working on.

I will miss Chris Dearing. 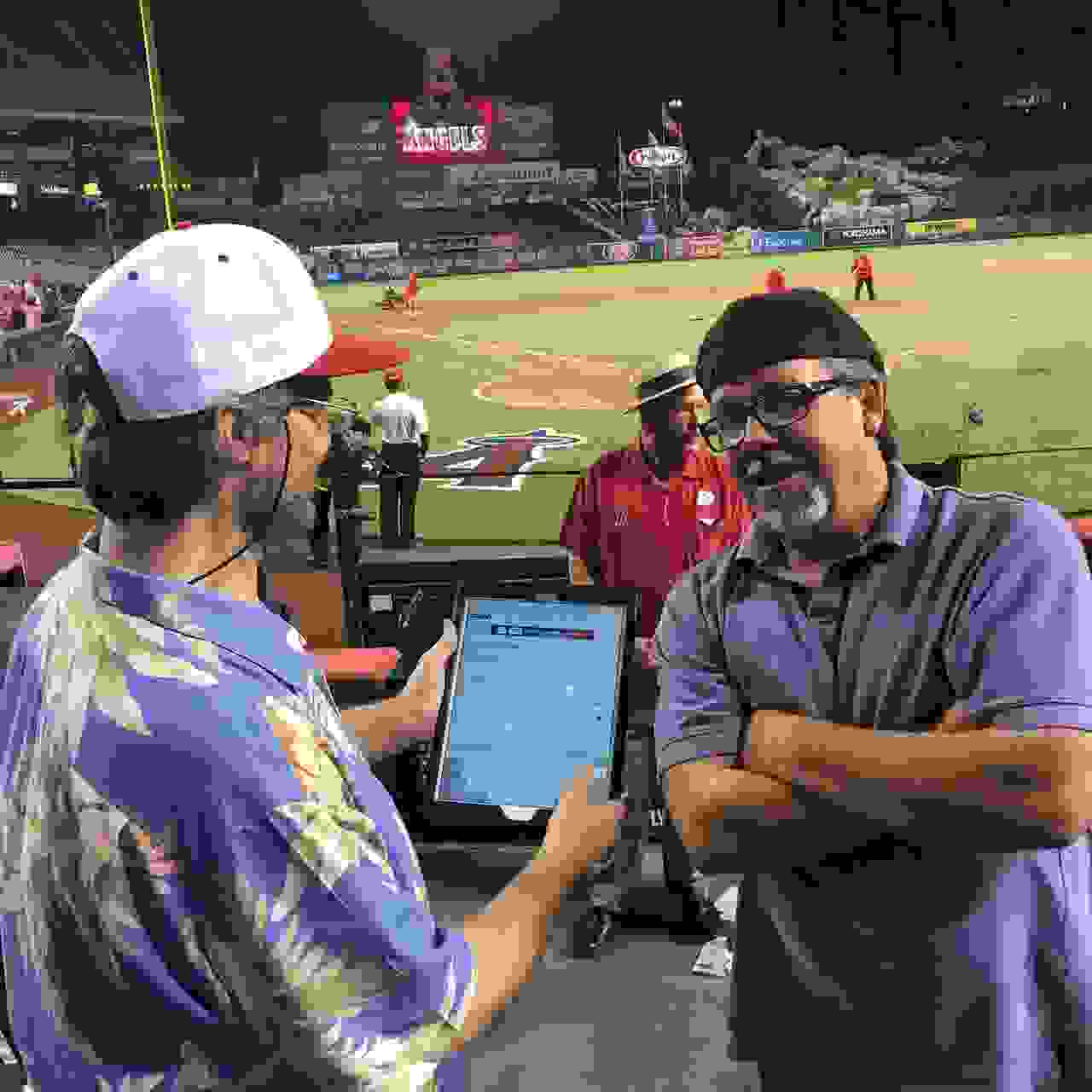 Maybe start Undisclosed at #2 from now on. That would be a nice tribute.

Rest In Peace Undisclosed #1. We'll take care of the memes from here.

Here is a Dearing classic. 2 years ago, someone bizarrely complained that we listed Wyze's pricing, a company that itself famously touts its pricing all over the place: 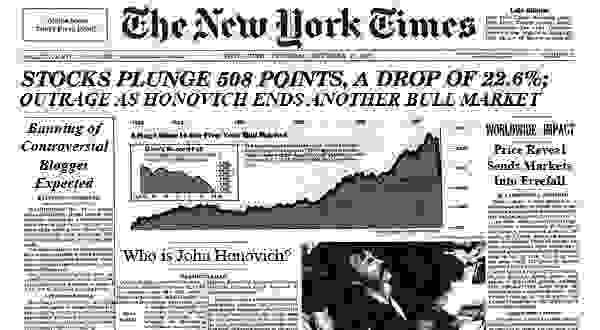 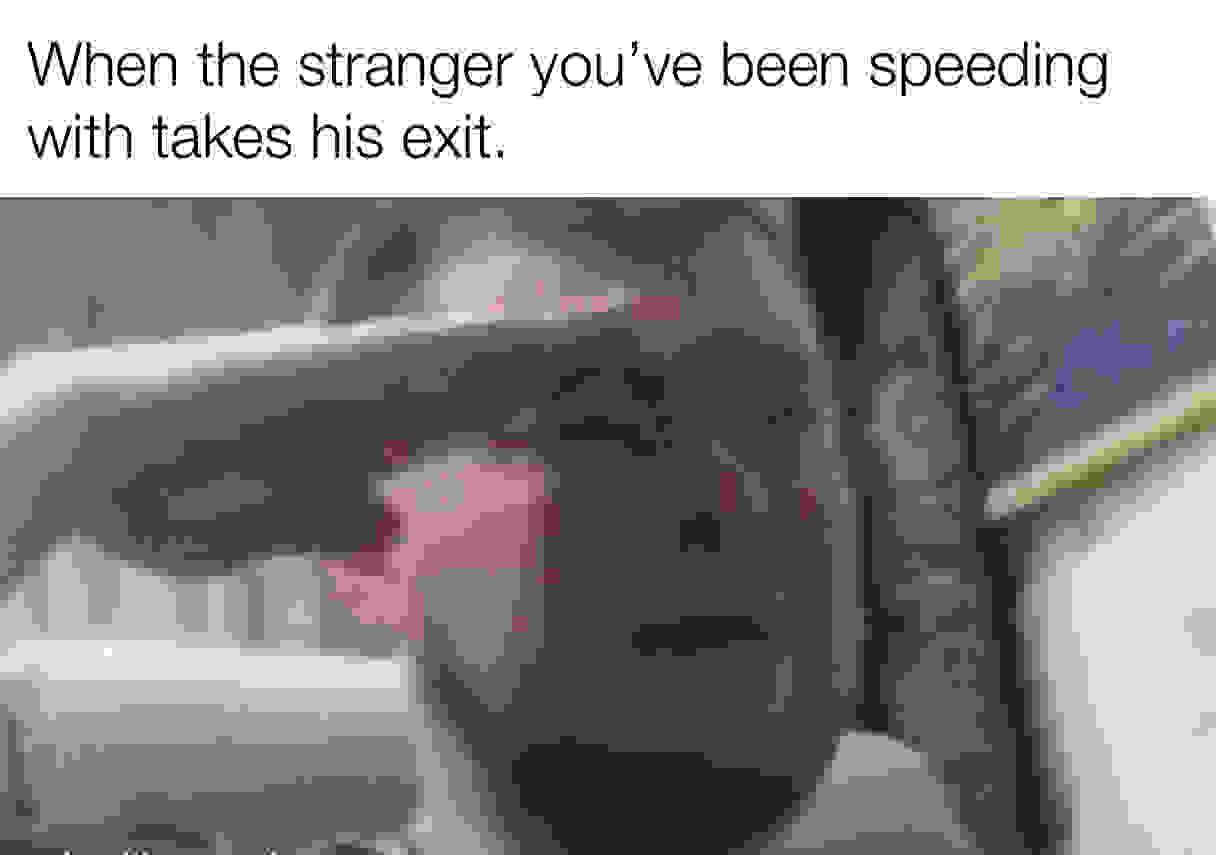 May God keep and rest his soul.

This may be one of his best. He crammed so much into one picture. 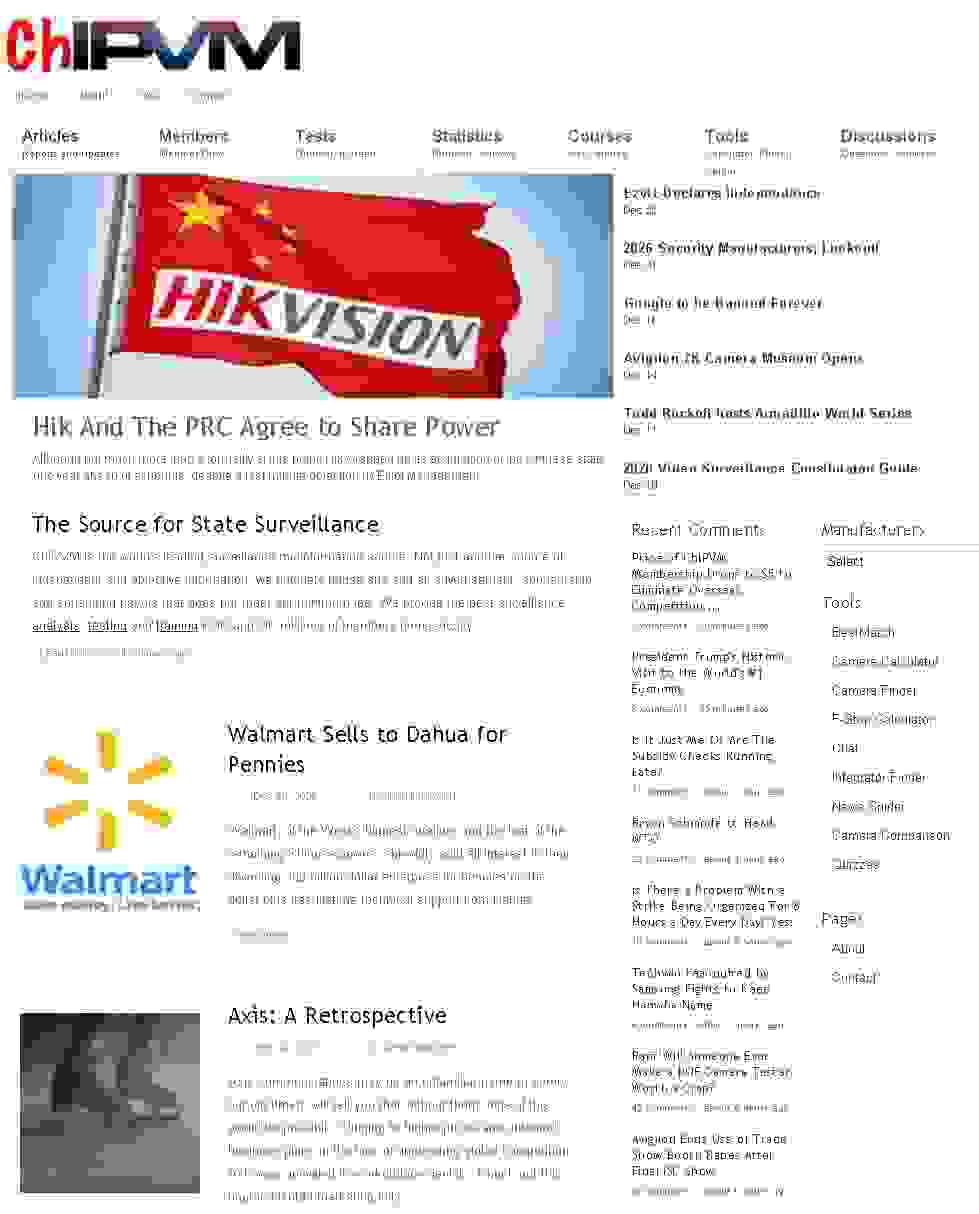 Lol, also back in 2017 when Hikvision was attacking IPVM regularly, another Dearing classic making fun of me, them, and the Pelco jet.

.... National Enquirer-style lies and misrepresentations get more ridiculous every day. 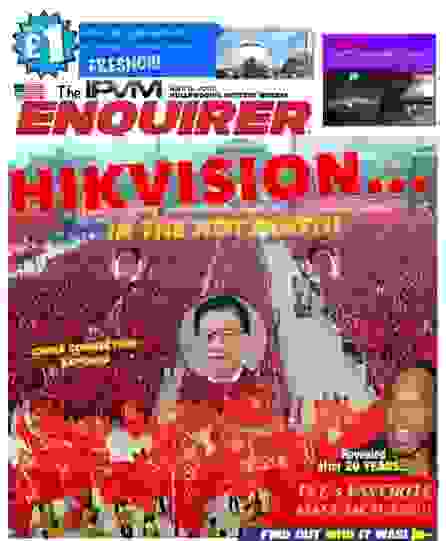 As a point of fact, Dearing accumulated 10+ years of membership for a 3-user group plan with the massive number of upvotes he received.

And the time Dearing found a Hikvision showroom that had been infected and not upgraded after the 2017 backdoor:

Someone who should know better... 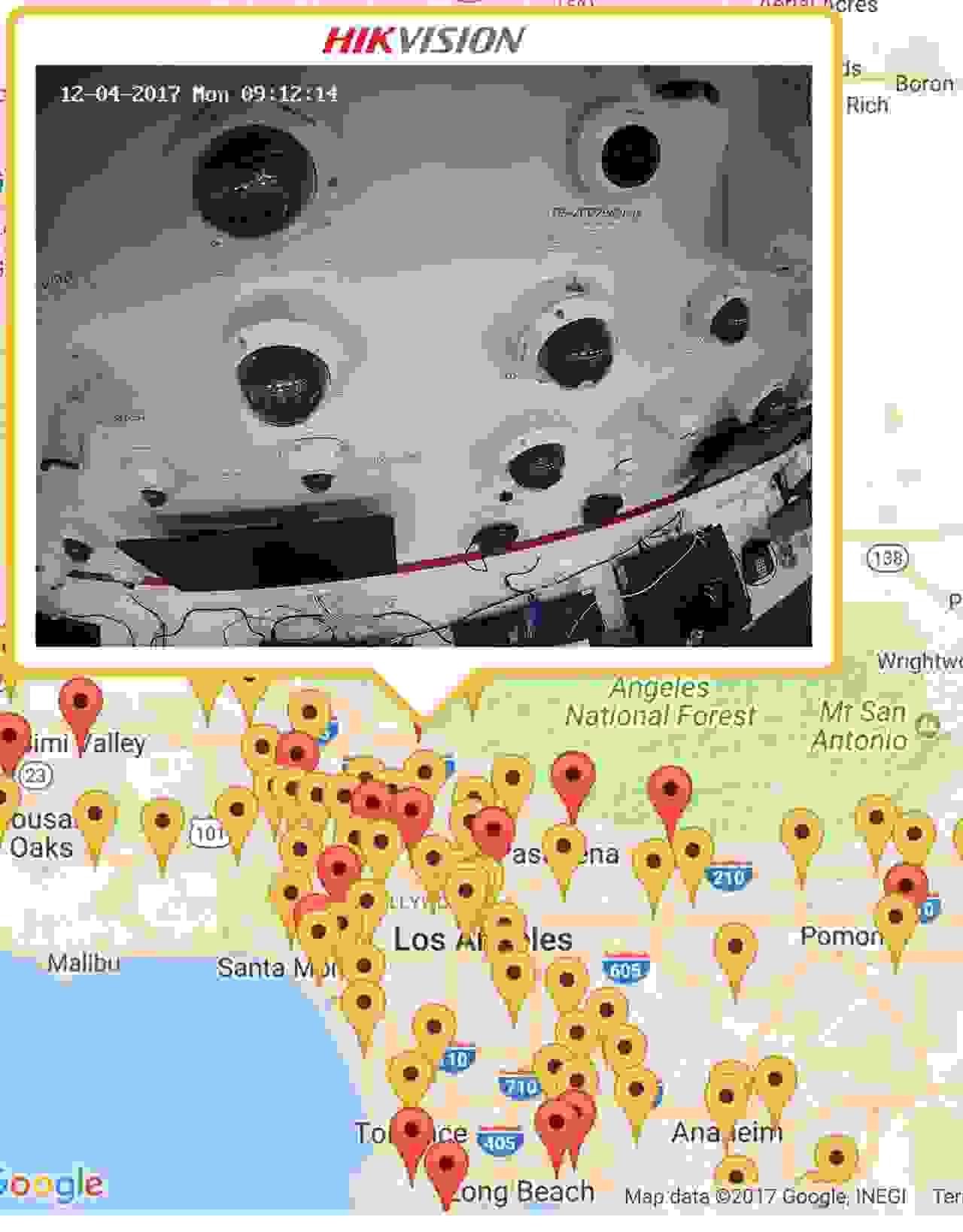 Although I didn't know him, he certainly was the life of the party here on IPVM. His whit and charm were some of the best parts of the day on the forum.

RIP Chris, you will be missed!

The OJ bit was pure genius.

Here's a great example of how a question he had became something more meaningful just because he cared enough to know more: Is This Illegal Access Control At The Local School Gate?

Of course (even in his own thread) memes eventually did happen: 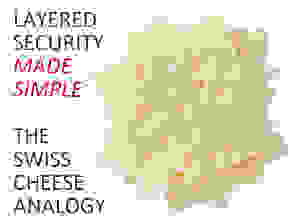 if you've never seen these, you will laugh your ass off... cuz back in the day, Dearing dabbled in parody videos.

LOL. Thank you for sharing.

He was a top-notch troll. Love it.

I am now Undisclosed #1.

Is there a way to permanently reserve #1 in his honor? 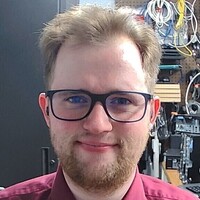 While I am new in terms of this professional community and physical security, it is always sad seeing a pillar of the community to be gone so soon. Honestly seeing some of the memes and other funny tidbits, gives me small moments of joy as I start my journey into physical security and especially as I am doing the IPVM Access Control course on demand.

As a small note/idea, could we 'retire' Undisclosed #1 in honor of this wonderful and unique individual? I know it would be kind of weird to have the first undisclosed person be listed as Undisclosed #2, but I think it would be a nice gesture for the community to rally around as we mourn the loss of a brilliant and bright individual.

Concur with the idea above to permanently reserve UD#1.

Sorry to hear of Chris's passing. I had seen his actual posts on occasion, but I recognize (and remember upvoting) every single one of his memes that were posted here. Such a shame and very sorry to hear.

Those were really great.

I never realized (until this last month) how often I would post stuff on IPVM specifically just to annoy Dearing.

I really miss him.